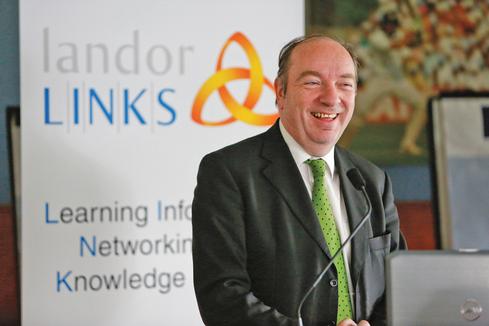 I am delighted to have been asked to speak at Smarter Travel on the subject of the Local Sustainable Transport Fund (LSTF).

I may have left the Department for Transport (DfT) well over a year ago, but my enthusiasm for the concept of sustainable local travel has not diminished one iota, and I regard the establishment and delivery of the LSTF as possibly my proudest achievement in government. For such a radical departure, the LSTF was agreed by the two Coalition parties very early on in the life of the government, and without any real disagreement.

To my mind, it bridged nicely the right for central government to set broad high level objectives – in this case to cut carbon while creating economic growth – while at the same time allowing local people to shape those objectives into something which was appropriate to their own area. Indeed, the most difficult aspect of the whole thing at that putative stage was what to call it! In the end, the name we settled on was suggested by a civil servant.

Both parties, but I suppose especially the Lib Dems, were keen to demonstrate that doing the right thing by the environment could also be doing the right thing by the economy, and so it proved. I set up a panel of expert judges to assess the applications against a proper set of scoring criteria, with the recommendations coming to me for approval, with the then Transport Secretary Philip Hammond also taking a paternal interest!

Tying these local schemes into economic growth proved to be an astute step, moving the environmental gains in some people’s eyes from the green periphery closer to centre stage. What also helped was the DfT’s well tested project assessment mechanisms, which may not have been perfect but were frankly light years ahead of what some departments could offer. That, in turn, gave the Treasury confidence, and I found Treasury ministers pretty supportive throughout, even to the extent that the LSTF was augmented a couple of years into the Parliament. But, then, local schemes such as those funded under the LSTF often showed a very healthy cost-benefit ratio indeed.

What also helped was that the schemes could be turned round very quickly. Indeed, spending three-and-a-half years at the DfT (which, incredibly, makes me the third longest serving minister since the department was founded) meant I was able to cut the ribbon on schemes which I had allocated funds for an unheard of pleasure for a transport minister, whose normal role is to do the honours for schemes approved way back in the past by long-forgotten ministers.

So, in my view, the LSTF has been an unqualified success – in terms of value for money, benefits to local areas, but also in the wider sense of rooting the whole concept of sustainable transport across the local authority family (though not necessarily all Local Enterprise Partnerships, it has to be said). I sincerely hope the next government, whatever shape it may come in, will repeat the LSTF for another parliament, and if the Lib Dems are in government again, we will certainly be pressing for it.