Let’s invest in a sustainable future

Millions have benefitted from the LSTF through a range of travel projects, so it is vital that new funding streams are found, writes Jason Torrance 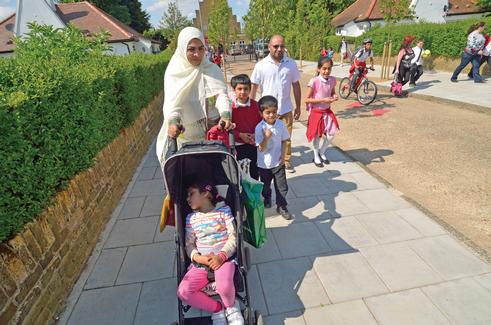 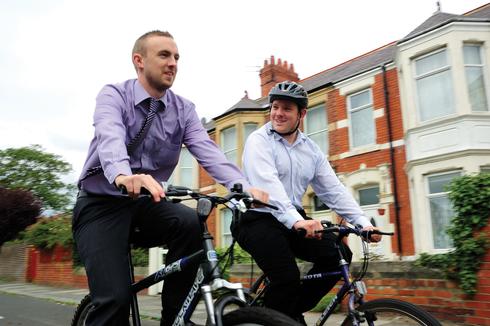 The last five years have seen a step-change when it comes to sustainable local travel right across the UK. London is leading the way, investing a significant amount in public transport, walking and cycling, driven not by environmental aspirations but because sustainable transport is at the heart of a successful inward investment plan when it comes to competing globally for businesses and people to work, study and play.

The Scottish Government is investing £10 per head in cycling, and has an ambitious target of 10% of journeys to be made by bike by 2020, Scotland has an active travel policy that acknowledges the huge benefit to health of people travelling under their own steam.

In Wales we have seen a world first – the Active Travel Act that requires local authorities to identify, develop and maintain walking and cycling networks.

In Northern Ireland an ambitious cycling action plan is under development, and there is a growing recognition that the future is sustainable when it comes to getting around.

But in England, outside of London, we face a challenge. Policy makers make positive noises about the value of walking and cycling for local journeys, but the dedicated funding that has made it possible for local authorities to do far more to create real travel choice will hit a brick wall in 2016 with the end of the Local Sustainable Transport Fund (LSTF).

From 2016 onwards investment in sustainable travel will have to find its place alongside other priorities parcelled up in the Local Growth Fund managed by Local Enterprise Partnerships (LEP). Recent Parliamentary answers have, however, revealed that less than half of them included any projects for walking or cycling in their Local Growth Fund plans, with walking or cycling together set to receive just 4.1% of LEP transport spending over the next six years.

Over the last four years, the LSTF has undoubtedly incentivised wider investment and begun to transform the way sustainable travel is integrated within wider local authority plans. The LSTF’s cessation in 2016 is in danger of putting a stick in the spokes of the nascent walking or cycling revolution that Prime Minister David Cameron says he wants, leaving England behind the rest of the UK, and even further behind our major European competitors. However, there are some encouraging signs of a desire to maintain what momentum the LSTF has begun.

Last November Deputy Prime Minister Nick Clegg announced £214m for cycling in England. This was an invaluable commitment to cycling at a time of local spending cuts that spans this and the next Parliament. The Department for Transport (DfT) has also consulted widely on a Cycling Delivery Plan, which sets out the ambition to double trips by bike and increase the number of children walking to school from 48% to 55% by 2025.

The DfT also announced plans to build on the framework of the Active Travel Consortium, a grouping of leading organisations involved in promoting and delivering sustainable travel, to help bridge the gap between the LSTF ending and LEPs picking up the baton of local investment in transport.

A host of benefits

Over recent years Sustrans has worked with almost all local authorities in England outside of London, many in close partnership. It’s worth reflecting what one charity, working in a wider environment and in partnership with many, has achieved:

This is just a snapshot of what a dedicated, consistent funding stream has enabled us to do, bringing huge benefits to those places and communities where we work, giving people the choice to leave their cars behind. Multiply this across local authorities and the organisations they’re working with, and millions of people are benefiting from LSTF investment.

But where next? We’ll be working with our partners in the Active Travel Consortium to ensure LEPs and local authorities have all the information and inspiration they need to dedicate far more of their budgets to sustainable travel on the premise that it’s good for economic prosperity. And we must do more to ensure dedicated funding already identified for transport investment is spent more on extending travel choice rather than locking people into car use.

The government has identified a £24bn programme of road building, and by the end of the next parliament £3bn each year will be invested on improvements and maintenance for the strategic road network alone, despite evidence of a long-term and ongoing decline in car use. We must make the case for much more of the funding earmarked for road building to be invested in enabling people to make sustainable travel choices, using the evidence and exemplars developed over the last four years.

We know that most people drive because they don’t have a choice, and investment in walking and cycling is far better value for money than other transport spending. The DfT’s assessment methodology regards a benefit-cost ratio of 2:1 as good, and walking and cycling schemes regularly return over 10:1. Given that over half of all car journeys are shorter than five miles, the LSTF has just begun to scratch the surface of the potential for change if people had the choice.

We know that as more people walk or cycle for local journeys, public health improves, obesity reduces and roads become safer and less congested. We also know that by changing how people travel, we can create places where people want to live, work, shop and do business.

How do we lock in these benefits for the future? The momentum achieved through the LSTF must be backed by new legislation and statutory duties to make high quality provision for walking and cycling. Meanwhile, road design guidance must be brought up to the standards of leading EU countries to ensure roads provide for public transport, cycling and walking. And 20 should be the new 30 - a default speed limit that reduces dangers for all users, encouraging walking and cycling to be implemented nationally rather than being rolled out postcode by postcode.

The LSTF has given us a tantalising glimpse of what can be achieved with coherent leadership and investment that enables local authorities to make choices appropriate for their communities. Now it’s up to all of us involved in its implementation to make the case for ambitious, bold sustainable transport initiatives that can transform the places we all live into places we want to be in, rather than places we want to leave.