Leicestershire and Nottinghamshire have been perfecting the LSTF recipe 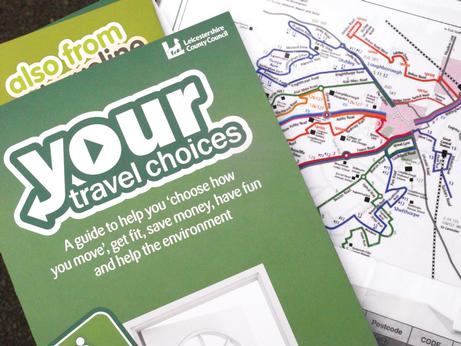 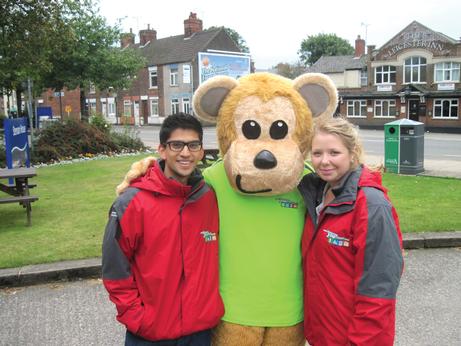 Putting together a Local Sustainable Transport Fund (LSTF) programme has a lot in common with making a giant cake. Some ingredients are required in larger quantities and may appear more important than others but, as seen in the Great British Bake Off, miss out just one ingredient and it’s going to be a flop. The trick to successful delivery is ensuring the mix comes together at the right time to deliver a more sustainable pattern of travel.

Unfortunately, the first year of the LSTF has revealed something of a paradox. Whilst the fund has allowed many more councils to implement smarter choices measures than previously, this has brought to light a lack of depth within the transport planning field. Simply put, staff with skills in delivering such schemes are thin on the ground. This situation has been made worse by the recent cutbacks in both the public and private sectors.

Leicestershire County Council’s approach to dealing with this problem was to build on its pre-LSTF successes whilst also developing areas where it had less experience. “We’d completed 7km of cycleway improvements in Loughborough prior to the LSTF being announced,” says Ian Vears, travel choice and access team manager. “We were confident of delivering a similar level of walking/cycle infrastructure investment in nearby Coalville, but had only recently formed into one team. We are very good at building things, but as any manufacturer knows you need to promote and sell your product, otherwise people don’t buy it.”

Prior to 2010, Leicestershire had no experience of personal travel planning (PTP), the vehicle through which a lot of the LSTF cake would be pulled together and promoted. “We simply hadn’t done any PTP,” says Vears. “As such, we knew it was an area where we needed to gain expertise.”

Leicestershire didn’t rush into submitting an LSTF bid. Instead, the authority first embarked on a programme of evidence gathering, which included the delivery of a pilot PTP scheme in September 2011. This project saw an overall 6% shift away from car use and a 14% change in travel behaviour. “We deliberately aimed for the second tranche of LSTF funding,” says Vears. “By that time we had the outcomes of this and other pilot work – and could demonstrate we were ready to deliver a larger project.”

Since LSTF funding has been secured, the county council has offered PTP to 22,000 households. A further 18,000 are scheduled for 2014, including 10,000 within its Better Bus Area (BBA) project submitted jointly with Leicester City Council. “We’ve managed to create an approach to PTP that we can tailor to specific areas,” says Vears. “This has meant our delivery partner, URS, has been able to drive down costs and generate year-on-year savings, which can be fed back into the rest of the programme. We’ve also been able to transfer knowledge to neighbouring authorities, such as Nottinghamshire County Council.”

Both Leicestershire and Nottinghamshire County Councils are members of the Midlands Highways Alliance (MHA). This partnership, which has the objectives to share best practice and generate efficiency savings, currently has 18 local authority members.

“We’d heard about how Leicestershire were delivering personal travel planning with the MHA,” says Kevin Sharman of Nottinghamshire County Council. “Also, URS had recently updated our guidance on preparing Travel Plans, so we were familiar with their sustainable transport team. We got everyone round the table to find out more and look at how we could benefit.”

Importantly, Nottinghamshire’s own bid to the LSTF had not been successful. “Although we didn’t have any LSTF funding, we still thought it was important to pursue some of the smarter choices schemes identified in our bid,” says Sharman. “But we were mindful that PTP wasn’t something with which we were overly familiar. Being able to adopt an existing, proven delivery model was therefore very attractive.”

During the summer of 2013, Nottingham provided PTP to 12,000 households in north Nottinghamshire. “The basic mechanics of the scheme were the same as the Leicestershire model,” says Sharman. “But we tailored it to our own requirements. In essence, we cut out the basic shape to make it fit within our particular transport jigsaw. For instance, the travel adviser training programme was a straight drop from the Leicestershire model – but the materials, information and incentives were all developed to make it a Nottinghamshire project.”

However, the world of smarter choices doesn’t stand still. “Although we had developed a good delivery model, we wanted to avoid complacency,” says Leicestershire’s Vears. “As such, all our PTP projects have been independently evaluated and we have systems in place to capture any potential improvements. Learning from each round of delivery means that the results to date have been good, with the percentage of households participating in the PTP programme increasing over that achieved in our pilot work in both 2012 and 2013.”

Another issue is that, at the start of the LSTF process, a lot of what was known related to large-scale pilots funded by central government (such as the Smarter Travel Towns initiative) or specific research projects. The LSTF is transferring this experience to a range of locales, but these outcomes are being generated in parallel and so it is difficult to learn directly from other LSTF programmes. “We’ve hosted a number of innovation workshops so that any ideas being generated across the wider LSTF programme and in Scotland can be considered for inclusion in upcoming phases of work,” says Vears.

Ironically, one area of feedback on the Leicestershire model has come from a source very close to home. “Leicestershire’s LSTF programme included the delivery of travel clinics to businesses during 2013,” says Nottinghamshire’s Sharman. “But we’d separately delivered a series of travel clinics at business parks across north Nottinghamshire in the early part of the year.”

The strategy allows engagement directly with employees at local businesses while local authorities can find out directly why staff do not choose to travel by sustainable transport modes. “We often hear about issues relating to lack of parking or congestion,” says Sharman. “Particularly near large business parks where lots of employees arrive and depart at similar times. However, the work we conducted in early 2013 has identified a number of minor infrastructure schemes – crossing improvements and so on – which will hopefully enable staff to encourage their employees to travel more sustainably. It’s also been beneficial to talk directly to businesses about how they can take advantage of smarter travel grants and set up schemes such as a car share system.”

That experience is now being used by Leicestershire County Council. “Whilst the specifics of engaging businesses are different to Nottinghamshire, the techniques of providing travel advice directly to those staff employed in Loughborough and Coalville is very similar to the approach taken in Nottinghamshire,” says Ian Vears. “For the LSTF programme as a whole, we’re managing to get more sign-ups to our adult cycle training courses and we’re on course to achieve 1,000 additional registrations to our car sharing system.”

As for the future, both Leicestershire and Nottinghamshire are continuing to seek opportunities to improve their understanding of smarter choices initiatives. “We know that another member of the MHA, Milton Keynes, has been using URS to support their Better Bus Area Fund project,” concludes Vears. “We have our own BBA scheme along the A426 corridor, which will require us to adapt our existing PTP model and take on board lessons from this wider experience.”