Mainstreaming LSTF is the way ahead for Greater Manchester 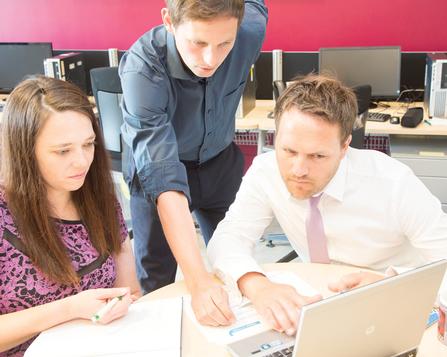 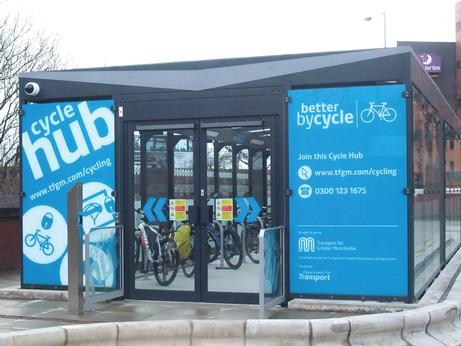 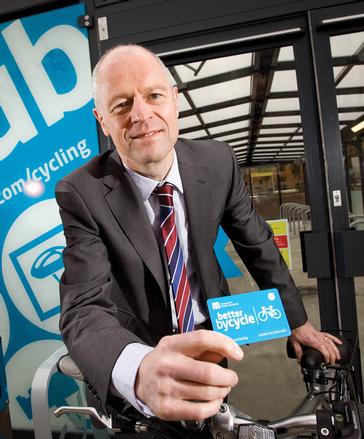 Greater Manchester has a reputation for doing things the smart way. When it comes to transport, the region boasts the country’s biggest light rail system and is currently delivering the largest capital transport spend outside London. But it’s not all about transport infrastructure.

Transport for Greater Manchester (TfGM) is spearheading an ambitious sustainable travel programme that encompasses everything from personal journey planning and business travel plans, to improved cycling and walking routes and innovative uses of open data on the region’s transport network.

It’s being driven by funding from the government’s Local Sustainable Transport Fund (LSTF) – which, alongside local contributions, has seen a £54m pot available since June 2012 for the ‘Let’s Get to Work’ programme.

Now, 18 months since the funding was awarded, positive results are being delivered. Dr Jon Lamonte, TfGM’s chief executive, says: “Greater Manchester has a great reputation for partnership working. The success of our LSTF bid was given the active support of the public, private, and community sectors and that same support recently won us a further £20m from the DfT’s Cycle City Ambition Grant.

“There’s a shared recognition that getting people moving on sustainable, greener transport is good for business, good for the environment and good for health. It’s a virtuous cycle.”

Alongside the Commuter Cycle Project, Greater Manchester’s LSTF programme is made up of four integrated workstreams:

“We’re already seeing real results – four community transport schemes that are up and running are being well used, we’ve made on-the-ground access improvements, and the Travel Choices programme is making a real difference to local workers and businesses.”

Linking communities with employment opportunities and encouraging sustainable commuting is at the centre of Greater Manchester’s ambitious plans. This has seen a comprehensive network of cycle and walking route improvements being delivered across the ten districts of Greater Manchester.

Focused particularly on encouraging cycling for short trips, or as part of a longer journey, more than 60km of new or improved cycle and pedestrian routes and over 30 junction improvements will be delivered by March 2015.

Alongside these improved links, improvements are also being made to the quality and availability of secure cycle parking. This includes TfGM’s flagship cycle hub programme, which looks to provide secure facilities at commuter destinations, key rail stations and Metrolink stops across Greater Manchester.

Delivery is well under way with three cycle hubs opened to date, including the flagship City Tower hub in the heart of the city centre, which provides secure parking for almost 200 bikes along with showers and changing facilities, as well as a bike shop.

For harder to reach areas, existing ‘Local Link’ demand responsive transport services have been enhanced to better connect people with employment opportunities. One example of where barriers to employment have been removed is at the Kingsway Business Park in Rochdale, which is home to several major and growing employers.

LSTF funding has enabled the existing Kingsway Local Link service to be enhanced, offering new early morning and late night on-demand journeys for shift workers to travel to the site. The enhanced Kingsway service was immediately successful with patronage, increasing by 205% following the changes to the services and Travel Choices marketing with businesses and Jobcentres in the local area.

Doing things smart is also important in Greater Manchester, with LSTF funding being used to introduce intermodal, real-time travel information – available to all by web or mobile. LSTF is also part-funding the introduction of ‘get me there’ smart ticketing system on buses, while on-road a new active travel management system should speed up bus journeys and better manage travel flow.

Finally, TfGM’s Travel Choices programme is helping commuters, businesses and jobseekers to get the most out of Greater Manchester’s changing transport network.

Through a wide range of activities the Travel Choices programme is helping to remove transport barriers to employment opportunities and support sustainable commuting and business travel.

Partnership working and capacity building is key to delivering success. By working with businesses and Jobcentres, the Travel Choices team has been able to effectively support large numbers of commuters and jobseekers across Greater Manchester. The uptake of the Travel Choices offer has gone from strength to strength, with over 250 businesses, covering 200,000 employees, having already started their sustainable journey, and 140 Travel Champions in Jobcentres having received training.

With an eye firmly on what happens next, Greater Manchester is consistently delivering LSTF excellence while skilfully balancing ambition with robust delivery.

“Ultimately, we’re looking for this programme to make a £5 return for every £1 invested – that’s up to £28m for the local economy. And the environmental benefits of taking a projected 26 million kilometres of commuter car journeys off the roads each year are huge.