Lynn Sloman considers what it will take to ‘mainstream’ smarter travel

Lynn Sloman, Director of Transport for Quality of Life 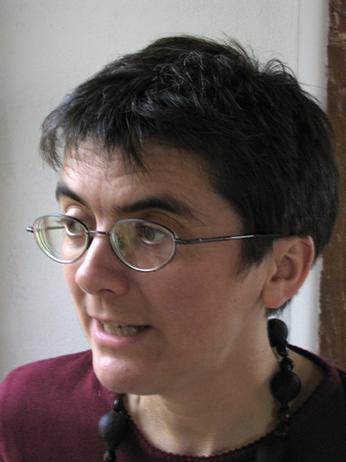 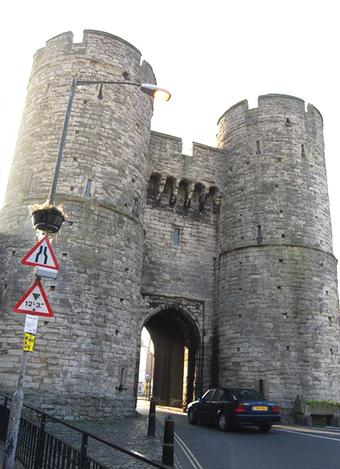 I recently had the pleasurable, but daunting, experience of being commissioned to prepare a sustainable travel ‘blueprint’ for the city where I grew up: Canterbury. It was pleasurable because Canterbury’s medieval core and compact urban form should lend itself to sustainable travel. The opportunities to suggest some practical and transformative solutions were quickly apparent.

But it was daunting because Canterbury is conservative with a small ‘c’, and not a place where new thinking is readily embraced. For example, attempts to tackle traffic problems by closing a main entrance to the city to cars (the Westgate Towers, the largest surviving medieval gateway in Britain) had caused uproar. Motorists were on the rampage. The city council was under attack.

There is nothing unusual about Canterbury. The challenges it faces in changing from a car-dependent city to a sustainable travel city are typical of those faced by many local authorities. It is in such small and medium-sized cities that the argument about smarter travel has still to be won.

The Local Sustainable Transport Fund (LSTF) has been great news for smarter travel. But the overall climate for sustainable travel at the moment is pretty chilly. Plans by Local Transport Bodies (LTBs) appear set to increase car dependency: recent research by the Campaign for Better Transport and CPRE found that many LTB plans are focussed on road-building. Pronouncements by local government secretary Eric Pickles about parking policy seem designed to undermine vibrant, attractive and sustainable town centres. It all feels rather frustrating.

Despite the challenges in cities like Canterbury, and right across the country, I think there are grounds for optimism. First, some town halls are just getting on with it. Many have shown a quiet consistency of purpose over the last decade or more. They are creating better places to live and do business – and they see superb sustainable transport as essential, along with a high quality public realm. Attitudes to sustainable transport amongst our political class have shifted in the last decade, and ambitious politicians increasingly see bus rapid transit schemes or city-wide cycle networks as the way to make their mark. That would have been inconceivable in the 1990s.

Second, young people are voting with their feet. As Professor Phil Goodwin and others have shown, personal car use peaked in many countries about a decade ago. It isn’t yet clear what all the reasons may be, but changes in attitude and culture amongst young people appear to be an important factor.

Young people are learning to drive later in life (if they bother to learn at all); and transport researcher Gordon Stokes has shown that those who learn later also drive less. Amongst people in their thirties, those who delay acquiring a driving licence until they are 30 drive 35% less than those who learnt to drive at 17. I’m struck that many of the young adults I know are choosing to live in city centres (not just London), and view a car as a liability. The trend leaders amongst the young are making different choices to those made by their parents. That’s different to what we have seen in the past too.

The third reason for optimism is that we know what works. We have become more sophisticated about combining capital investment and revenue support. Good smarter travel programmes aren’t just about marketing – that’s a waste of effort unless the service being marketed is excellent. Nor are they just about capital investment – there are many factors that influence travel choice, and service quality is only part of the story. Smarter travel programmes are addressing all the factors that prevent sustainable travel, in a way that they never used to.

Two things we can do better

These reasons for optimism are not reasons for complacency. Alongside smarter travel, we need ‘smart growth’ – and sustainable travel practitioners could do more to connect the two areas of policy. It makes no sense to ‘do’ smarter travel programmes while building low density car-dependent housing, large retail parks and out-of-town business parks.

There is a body of evidence that smart growth (compact development with excellent public transport and cycle links) results in less car use, more successful local economies, and more active healthy travel. But most evidence is from the USA and is discounted as irrelevant by many planners, who still propose low-density ‘garden city’ developments. We need to support smart growth, and we need to gather more UK-based evidence of the difference between smart growth (compact, sustainable travel-oriented) and ‘dumb growth’ (low density, car-dependent).

And I think we can do smarter travel programmes better. My colleague Ian Taylor talks about turning ‘millstones’ into ‘lifebelts’ (below). ‘Millstones’ are the factors that drag someone down into travelling by car. Smarter travel programmes turn each millstone into a ‘lifebelt’ that supports sustainable travel. We’ve got better at tackling the outer millstones in Ian’s diagram, by improving poor services and giving people better information. But we aren’t fully addressing the inner ones: habit and social norms.

Habits might be changed through free trials of the travel options we want people to adopt – for example, one month of free bus travel. David Hall and Rob Moore at social enterprise Behaviour Change are working with Greener Journeys to see if such offers can delay driving licence acquisition by young people. Alistair Kirkbride at the Lake District National Park Authority wants to capitalise on our willingness to sample new experiences whilst on holiday (e.g. trying an electric bike). When extended highway closures are planned, we could use the strategy adopted by Transport for London during the Olympics, offering email and text message updates, cycle maps and personalised information about alternatives.

Shifting social norms is important because our actions are influenced by observing what others do. Workplace cycle challenges and cycling festivals can shift the social norm temporarily, and the evidence shows that a temporary change can help reset social norms the rest of the time. But where are the interventions that reset social norms for bus travel?

The one essential ingredient

The Department for Transport (DfT) deserves credit for stimulating the growth of smarter travel programmes: some dedicated people there have taken the ideas of crazy visionaries (of which I’m proud to have been one) and, with local authorities, developed large-scale programmes that have proved themselves in terms of impact and value for money.

But the job isn’t finished. More than anything, the mainstreaming of smarter travel depends upon it becoming a core part of DfT’s programme. In 2015, there will be £179m for smarter travel. That should become a dedicated, ongoing funding commitment, 40% revenue and 60% capital. From studies I’ve been involved in, it needs to increase by 25% per year for the next decade, with each pound from DfT matched by local authorities or their partners. That would give roughly £40 per citizen per year for sustainable travel. Only then will smarter travel really be mainstream.

And Canterbury? Well, we presented our sustainable transport blueprint to councillors, local business people and the public, and talked to the local media. It all went well. The chairman of the business organisation enthused about the blueprint. The city council voted to put it “at the heart” of their transport strategy. Canterbury isn’t there yet, like the rest of the country, but it has made a start. We’ll see.