Aaron Nelson, a senior associate at Bircham Dyson Bell, describes what lies in wait for a BRT scheme’s developer once he starts to put his vision into practice 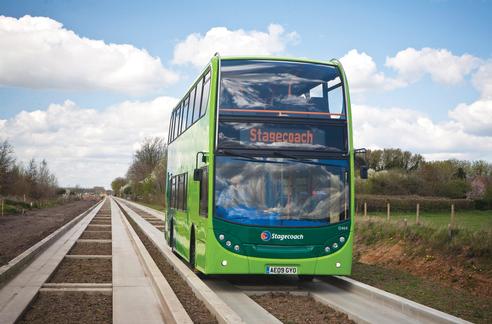 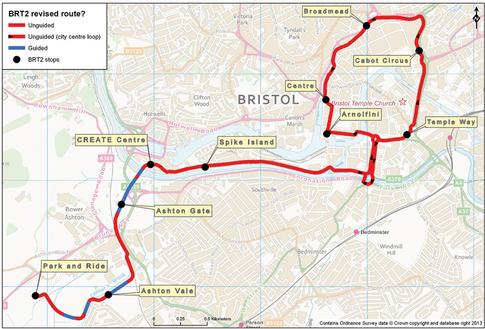 Whether you are championing, planning, developing or implementing a BRT scheme, you cannot escape the legal issues that will inevitably arise. Linear schemes by their very nature necessarily have multiple impacts on public and private rights and, to make matters more interesting, both the public highway generally and bus operation in particular are highly regulated. So there are lots of due process and compliance issues to deal with.

There are many different ways to view the legal issues that can arise on BRT schemes but first we need to talk about three matters that, while not solely ‘legal’ issues, should be addressed at the outset of any BRT scheme. The first is the need to define clearly what the BRT scheme is, which elements are included and excluded (for example, does the scheme include urban realm improvement works?) and, in either case, why that is appropriate. For publicly-funded schemes, at least, this may involve rounds of public consultation, with feedback appropriately considered and taken into account. Failure to do so appropriately exposes a promoter to the danger of legal challenge by way of judicial review.

The second matter to be addressed is the need to establish a satisfactory business case for the scheme, including identifying likely costs, sources of public funding, if required, and assessing future revenue. Funding sources are changing: the Department for Transport’s major scheme funding (the traditional source of funding for larger BRT schemes) has been substantially reduced, with other funding ‘pots’ devolved to local bodies, such as local transport bodies and local enterprise partnerships. Whatever the source, funding needs to be safeguarded or ring-fenced for the scheme so far as possible.

The third requirement is the need for clear political support and ‘buy in’ for the developed BRT scheme: appropriate  agreements and/or resolutions by the relevant local authority or authorities will be needed if they are to be the promoter, committing them to working together in progressing that BRT scheme. This is particularly the case when the scheme crosses local authority boundaries – for example, Bristol’s proposed BRT system, on which Bircham Dyson Bell advises, involves four local authorities. Promoters should also consider how political support (at central and local government level) can be maintained given the lengthy gestation periods of BRT schemes: the Leigh Busway, on which we advise Transport for Greater Manchester, was authorised in 2005, but construction work did not start until this year. Remember that they say a week is a long time in politics …

Once the BRT scheme is defined, funding identified (and secured so far as possible) and political support is in place, a promoter can turn to authorisation. Any BRT scheme is likely to need some land to be appropriated or acquired voluntarily or compulsorily. Even if all necessary land is already available for the scheme, planning consent is likely to be needed for something, even if the BRT scheme does not involve a substantial development like a guideway, a new station or a new bridge.

In addition to planning consent, a variety of other consents may be required. With larger schemes, these can easily involve 20 to 30 different statutory mechanisms – in the case of Cambridgeshire’s busway (in respect of which we advise), for example, the additional consents that had to be addressed included consent for the temporary closure of a waterway, protected species licences, highway diversions and road traffic orders. Assuming planning consent is required, an environmental impact assessment will also be required.  Particularly sensitive issues that arise in the authorisation of BRT schemes are:

This raises the additional (and sometimes vexed) question for promoters of whether to seek specific statutory authority for the proposed BRT scheme by obtaining an Order under the Transport and Works Act 1992 or to proceed with a ‘home-brew’ of separate consents: planning permission, compulsory purchase order, traffic regulations orders, listed building consent, etc. There is sometimes an element of mystique about TWAOs, but it is really rather simple: there is no need to obtain special statutory authority by way of a TWAO or Private Act for a BRT scheme, any more than there is for a rail or light rail scheme. But it is often expedient to do so, particularly where there is a need for compulsory purchase or to over-ride existing (for example, railway) legislation or otherwise to seek special powers or to obtain statutory protection against claims in nuisance.

The spectre of a public inquiry often looms large in any BRT development process subject to a TWAO or contentious planning application. This can be a major undertaking for any scheme promoter – the Cambridgeshire busway inquiry ran for nine weeks, Bristol’s Ashton Vale to Temple Meads (AVTM) BRT inquiry (where BDB  also advised) for about six weeks. However, with a fair wind and assuming a sustainable case, a promoter should emerge with a favourable inspector’s report and, in due course, a shiny new Order containing all of the powers needed to implement the project.

Once the authorisation process is underway, the promoter will usually begin to consider procurement and construction. The first key issue here, where a public body is involved in its promotion, is the potential application of the public procurement regime, both in respect of the construction of the system and in respect of its various operational components, for example, provision and maintenance of vehicles, running services, ticketing and information, operating and maintaining any park-and-ride facility, branding and other intellectual property. Public procurement has its own particular requirements, which must be considered and addressed carefully to ensure compliance.

Construction can be a major undertaking, for example, construction of 25km of guideway, associated bridge works and park-and-rides in the case of Cambridgeshire’s busway, or a series of smaller highway improvement measures. The nature of the works required will have a bearing on the form of contract that is appropriate. The contract can be for a fixed or variable price but, in any case, should specify carefully how any changes to the scheme at the construction stage are to be dealt with and what impact, if any, that has on the final price. The contractual dispute that delayed the opening of Cambridgeshire’s busway (on which we are currently advising) highlights the importance of getting these matters right.

The start of operations is the day everyone looks forward to. It represents the fruition of a lot of hard work but, perhaps more importantly, also the commencement of a revenue stream as money starts to flow in through the fare box.

But before we get there, there are a number of legal issues that need to be addressed. Some of these in fact need to be addressed prior to authorisation when defining the BRT scheme itself. For example: how will exclusivity or priority for BRT vehicles over other traffic be ensured? Will the BRT scheme use the public highway or a private guideway? Will there be open or restricted access to the BRT routes and, if restricted, how will that be enforced? Does that raise any competition law issues as between operators for which approval is required?

Some operational aspects tend to be addressed later. For example: how will the desired quality of vehicle, service frequency and fares be ensured? Will there be smart or joint ticketing arrangements? Who is to be responsible for (and hold intellectual property rights in respect of) branding and publicity? There are a number of options available to promoters in this regard, including voluntary partnership agreements, quality contracts and the granting of a concession, and each has its own strengths and weaknesses. The nature of the BRT scheme will dictate some elements but not others. A bespoke solution, as BDB developed for Cambridgeshire’s busway, may be required.

Looking (as a lawyer must) at the glass being half empty, BRT schemes, particularly if promoted as public sector projects, are most at risk of failure for one of the following reasons:

These pitfalls can be avoided with the right advice and good BRT schemes can be realised that not only meet but exceed their forecast patronage.