Getting the best use out of Cambridge's guided busway 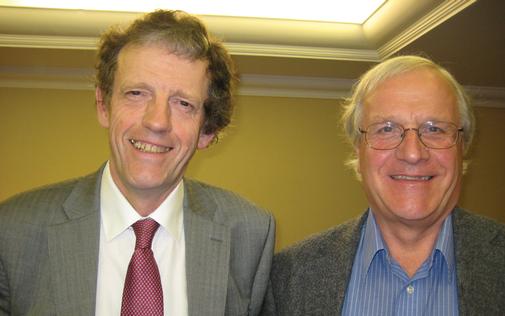 The Cambridgeshire Guided Busway opened on 7 August 2011 with core routes between Huntingdon, St Ives, Cambridge City Centre, Addenbrooke’s Hospital and the Trumpington park-and-ride site. Cambridgeshire County Council and Atkins have jointly funded detailed research examining busway usage intended to find out the extent to which the busway has delivered the objectives established for the scheme.

The primary function of the busway is to support the continued economic growth of the Cambridge sub-region, the fastest growing economic region in the UK. The busway was designed to enable bus services to avoid the congestion on the A14 between Huntingdon and Cambridge and enable fast and reliable services that would encourage use of public transport for access to and from Cambridge, reducing reliance on the car and improving access to work and education.

Yes, but is it working?

The patronage forecasts presented at the busway Public Inquiry were:

Monthly patronage for the system has been monitored by Cambridgeshire, this has shown that:

Thus it is clear that the busway patronage is significantly exceeding the levels that were forecast. Of particular interest is the immediacy of the patronage response upon the busway opening. The ongoing high level (25%) of year-on-year growth should also be noted. These high levels of busway patronage should be viewed against a background of lower overall travel demand and less highway congestion than originally forecast, as a result of the economic climate.

The table below shows the proportions of busway users by the journey purposes of commuting, education, shopping and other, together with equivalent figures from the National Travel Survey (for both bus and rail) and for bus use in London. The ‘other’ category of trips includes travel related to employers business, leisure and personal business activity, note that for rail the ‘other’ category is dominated by business related travel.

These figures demonstrate the importance of the busway in economic terms, with 60% of users travelling to work or education, compared with a national figure of less than 40% using the bus for these purposes.

The proportion of busway users of working age (16-64) is 83%, significantly higher than the national figure of 72% for bus users and similar to the figure of 85% for London bus users. Linked to the age profile, 80% of passengers paid a fare to use the busway with only 20% travelling on concessionary passes.

For respondents making the same journey both before and after their use of the busway commenced, 24% reported that they had previously driven, with a further 13% reporting that they car shared or were given a lift. It should be noted that multiple responses were permitted as some users make the same journey using alternative modes, however the figures suggest that at least 30% of busway users previously travelled by car. A particularly surprising result of the research was that 74% of those car users who had transferred to the busway services and who had previously parked had free parking available at their destination. This car user segment (i.e. those with free parking) has traditionally been assumed to be highly resistant to changing mode away from the car.

The detailed analysis of the research shows some significant differences between those users accessing the busway services at the halts on the guided busway sections and those at on-street stops. Users of busway stops are characterised by:

Whilst these differences will partly reflect the more rural nature of the busway halts, they do indicate that the busway is helping to make bus travel more attractive to users in the rural part of the corridor. The characteristics of the users of the busway halts suggest a profile that would be more typical of a rail service than a bus service.

The user research suggests positive attitudes to the busway. Respondents were asked to state to whether they agreed or disagreed with a series of statements, with the following results:

It should be noted that very high proportions of users agreed with the positive statements about the comfort and quality attributes of the busway. Not surprisingly, younger respondents particularly appreciated wifi, with 80% of 16-25 year olds appreciating its availability.

The survey of Cambridgeshire Guided Busway users has shown that the busway has been very successful in achieving the objectives that it was designed to deliver, in particular: