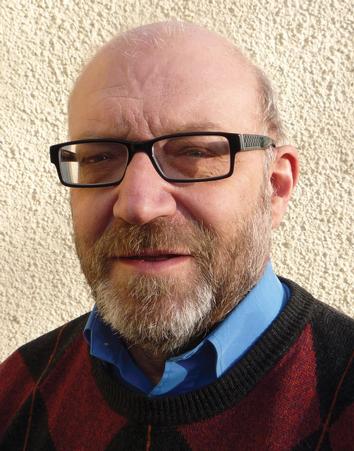 BRT – and indeed the ‘humble’ bus – is currently receiving establishment capital support perhaps as never before. This is despite the poor national economic situation over the past few months, which has seen passenger levels suffer and ongoing support fall. Nevertheless, recovery is beginning to appear to bring passengers back to what is, in a growing number of cases, a very new and delightful animal in bus product terms.

BRTuk itself has been a demonstration that the tide is now running heavily in favour of bus transit; its own direct activities have, sadly, been somewhat limited recently as its directors and officers have been so occupied in BRT and bus development progressions for their own companies that they have had little time to devote to progressing BRTuk as much as they hoped! As an organization we can only apologise for this!

So, what IS happening nationally to cause these levels of activity?

The first element is the very considerable technical capital funding support from central Government for greener buses in general; as BRT system vehicles tend to use the latest and most progressive designs, these are at the forefront of such progress. I mentioned new fuels last year, and the pace here in such development continues almost exponentially – to the point where it is becoming increasingly difficult to choose which way to go. Bus infrastructure funding is not being left behind in this.

Curiously, perhaps, as interest and activity in BRT grows almost equally rapidly, I see a ‘blurring’ of the technical, visual and operational distinctions between BRT and bus. This is NOT a failing, nor a watering down of BRT – but a rise in the quality of product being provided by that humble bus I mentioned earlier as part of those investment processes.

This growth in ‘better bus’ activity is itself causing something of a rethink within BRTuk about how best to fulfill our perceived BRT information exchange role to the industry as a whole, and I hope we can report possible developments in the coming months. Look now at the bus system in any city, major town or even a busy corridor anywhere, and you will see evidence of BRT techniques being applied, initially to the solution of one or two local problems. Make those one or two into seven or eight, as is happening more and more frequently, and you have the makings of a BRT corridor!

Yet there is still something of a general perception that bus and BRT are different species of animal, and that cross-fertilisation is impossible or even inadvisable. Nothing could be further from the truth! Several of the earlier BRT schemes in the UK did exactly that – they developed a bus route (not even necessarily a good bus route!) into a BRT one, either in stages or as a ‘grand slam’, thereby encouraging modal shift from private to public transport and significantly growing bus patronage.

Those who are shaking their heads that all this is impossible should, perhaps, take a look at a certain public transport route along the Fylde coast. From operating a characteristic ‘bus’ type service with frequent stops, pay-as-you-board vehicles of limited and erratic performance and modernity, the identical route has been transformed this year into an attractive, higher-performance rapid transit service with easy boarding at close level platforms, at less frequent – but well located – stops, with short stop dwell times and modern, attractive, articulated vehicles.

For those suspicious of this description, this route is of course not bus – or BRT – but the development of the 125-plus year old Blackpool traditional tramway into a light rail route. The bus industry still seems reluctant to learn from our light rail colleagues, but I have always argued that the simple message “THINK TRAM – DO BUS” is an essential part of the way to achieve BRT progress in this country. That’s enough of the theory then. Let’s look at BRT on the ground. Cambridgeshire busway, still the BRT ‘star’ in the UK, continues its growth and public acceptability, with through bus services ever further afield (try doing that with rail!) and even its doom-mongers seem quieter!

The Gosport-Fareham ‘Eclipse’ BRT scheme, meanwhile, is now an accepted part of bus transit in the area – with such public acceptance demonstrating its effectiveness. I am looking forward to the Luton-Dunstable guided BRT scheme coming on-stream this year, and to the 2013 BRTuk conference in Luton – look closely not just at the excellent guideway elements but also the dramatic route through the centre of Luton, with its magnificent new bus interchange sandwiched perfectly between the railway station and the nearby town centre.

This is a growing feature of BRT schemes nationally; they are finally achieving proper segregated penetration of town and city centres – giving consistent, fast and direct access to their shopping, business, and social hearts. This is in contrast to what had been happening a decade or two earlier (and is still happening in some cities with out-dated car-dominated thoughts) as buses were pushed further and further out from those centres, denying customers access thereto.

Another long-awaited major scheme is now in build; although long known as the Leigh busway, its future strength will lie in part in its accessing, by more conventional means than guideways, the heart of Manchester city centre – a city that is dramatically putting public transport as the keystone to its mobility through a mixture of transit modes. I hope you find this latest, 2013, edition of the BRTuk Handbook once again interesting and useful, as it demonstrates that you are part of a well-established, and now very definitely mainstream, transit industry. As I conclude each year – good luck for the future – and please continue to support BRTuk in the months ahead.