Microsimulation modelling has successfully been used by Siemens to improve traffic flow through heavily congested junctions in Banbridge, Northern Ireland, to determine the feasibility of linking them 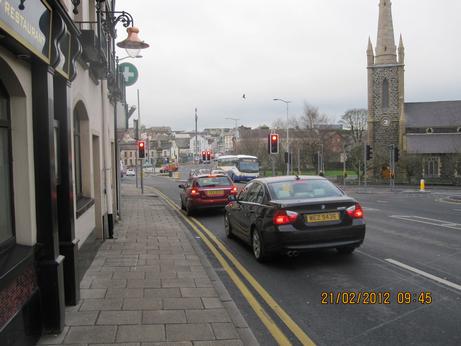 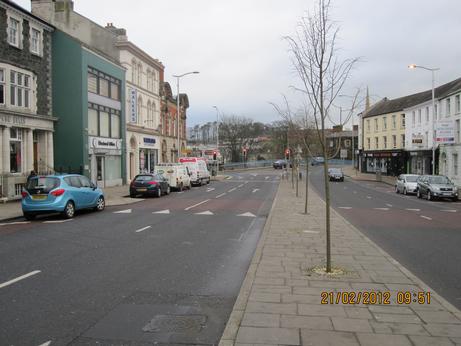 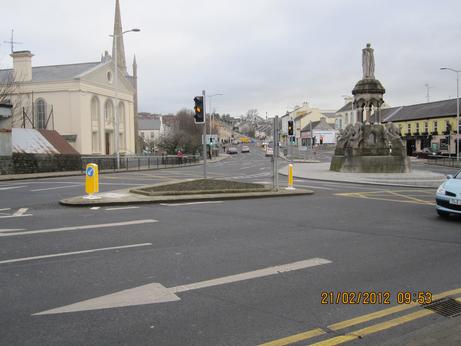 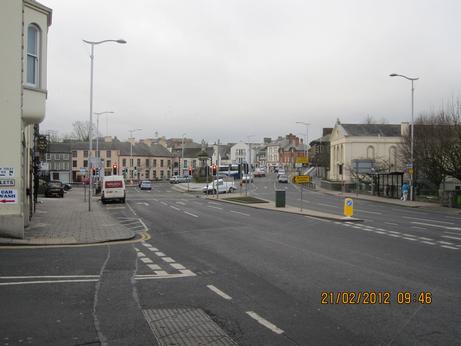 All three junctions were heavily congested in both peaks and lie on a main commuter route for the area. The locality of a large school and its associated morning drop-off points were major factors contributing to a morning queue regularly extending over half a mile on the worst affected approach. A small gyratory system operating within the middle junction, restricted road width over a bridge, and the presence of heavily used bus stops within the network of junctions all contributed to the difficulty of improving traffic flow through the area.

Siemens’ Consultancy Services was commissioned by DRDNI Craigavon to carry out microsimulation modelling. Staff worked together to construct an accurate Paramics model of the three closely associated junctions. The scope of the project aimed to assess the potential impact of applying Microprocessor Optimised Vehicle Actuation (MOVA) control and various junction re-design scenarios at the junctions.

According to Martin Andrews, Head of Consultancy Services, it was clear from the outset of the project that the solution had to be future-proof and offer a real benefit to network users by reducing journey times and providing good progression through the junctions. The site is constrained by the width of the Bann Bridge and the short lengths of the internal junction links.

‘The options tested included a “do minimum” scenario with the introduction of linked MOVA signal control at each of the junctions and a “do something” test including geometric junction changes,’ said Andrews.

For the latter, the proposals included an increase in the geometric capacity for the outbound right turn movement and the upgrade of the signals to MOVA control.

For this project, the geography of the area made it cost effective to deploy an automatic number plate recognition (ANPR) survey to collect flow data for the system. For closely associated junctions, collecting the ANPR data gives a robust origin to destination matrix with the entry and exit points defined.

The sites have various crossing locations and the pedestrian movement in the area has a significant impact on the junction’s operation. The crossings were included in the model coded with pedestrian flows from site surveys to give realistic pedestrian demand frequency.

For this small network the validation was performed using stopline counts for each of the signalled stoplines as well as comparison between measured and modelled journey times. An important part of the process was a demonstration of the model running so that the build up and dispersion of traffic could be assessed jointly by Siemens and DRDNI. With both the written evidence for the validation and the statistical comparison the model fitted the validation criteria and was passed as fit for use.

To assess the network for MOVA linking a comparison of the proportion of traffic making each movement (by origin and destination) was made to look at the difference in distribution for the AM and PM peaks.

It was clear that the main flows were different between the peaks and this analysis allowed the construction of the MOVA linking elements to be specific in design to each of the periods.

An experienced Siemens engineer assessed the scheme merits and prepared the datasets and linking forms to link the Paramics model to PC MOVA. All of the pre-planning work is vital to setting up a successful MOVA site and a lot of the ‘offline’ work carried out in this stage of the modelling was directly transferable to the on-street implementation.

With the model linked to PC MOVA, the MOVA operation was validated against the modelled traffic flow. This ensured that MOVA was operating most efficiently in the model; all of the validation screens were accessible when using the link so that the engineer could view the messages and amend the validation.

As well as testing a MOVA scenario some network changes were also evaluated. These included making changes to the movements allowed from some approach lanes and also changing the central layout of the junction. Both of these changes could be coded in Paramics to provide an immediate comparison between the schemes before any investment in on-site infrastructure.

The PC MOVA tool was again used to place these new layouts under adaptive control so the full benefit of any scheme could be recognised.

The Paramics model showed that implementation of MOVA would provide an immediately reactive system giving a more effective response to changing traffic profiles in the peak and achieving better management of the long queues currently building up under existing CLF plans.

The model also demonstrated where me and queue length savings can be made on the most congested arms, but also indicated where giving these approaches more green time had an effect elsewhere in the network.

Favourable output from the model led to a full design and implementation package and the full upgrade of the junctions with Siemens ELV technology, Puffin crossing facilities and MOVA control.

Roads Service staff coordinated and supervised the civils construction work carried out by Gibson (Banbridge) Ltd and the installation of the traffic signal equipment by Siemens.

The implementation of the linked MOVA control was carried out by Siemens and overseen by Roads Service staff. This was immediately effective in coordinating traffic movements through the junctions. This effectiveness was in part enabled by the prior construction of the Paramics model. Further minor modifications to the MOVA configuration were made in the days following implementation by Siemens with input from Roads Service.

The effect on traffic flows in Banbridge town centre has been marked, with most approaches being cleared within a single cycle as opposed to the ongoing queues that were evident before the upgrade took place.

Kevin Monaghan, Divisional Roads Manager for Southern Division welcomed the changes saying ‘the implementation of the linked MOVA control system by Siemens was carried out efficiently and has had a very beneficial effect on traffic flows in the area. Gibson (Banbridge) Ltd staff are also to be commended for professional manner in which they carried out the civils construction in a very constrained and busy site.’