Street clutter: ‘If you are not disabled you don’t see it’ 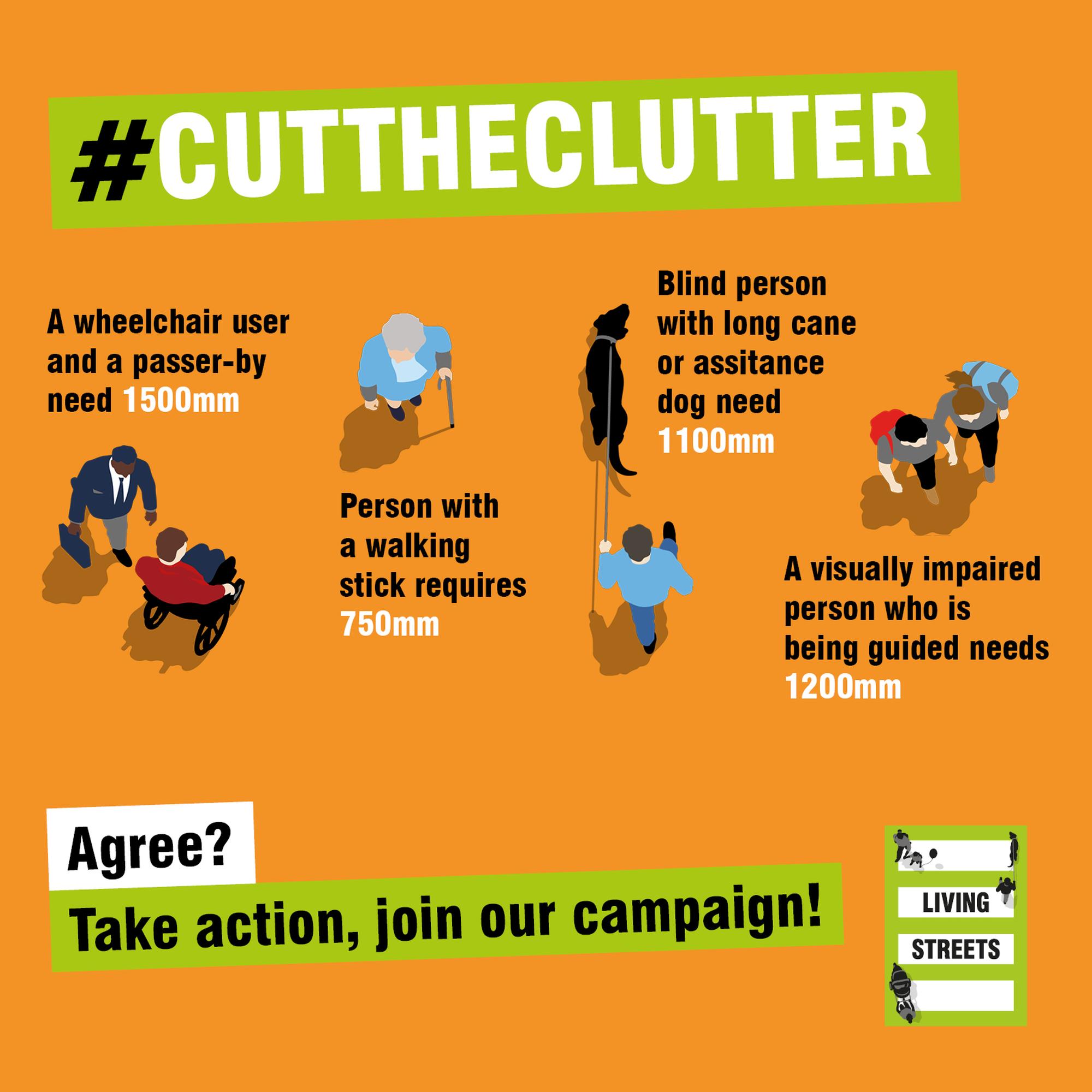 Street clutter, such as cars on pavements and badly placed bins and signs, clogs up pavements and makes it difficult – and dangerous – for people to get around.

Christine Clarke is a pillar of the community in Llanelli where she lives, and frequently speaks out to make changes to improve her local area.

Clarke and her daughter have formed a local Living Streets group after hearing about the Cut The Clutter campaign. She has been interviewed as a witness for the Welsh Government Cross Party Group as part of its active travel act review.

Both Clarke and her daughter are increasingly frustrated by the number of inaccessible pavements in the area. During the pandemic, when outdoor dining allowed restaurants and cafes to open to the public, it became impossible to get around tables, chairs and A-boards set out on pavements, also many disabled parking places were closed off.

Clarke talked to staff and thankfully many of them were happy to move the furniture, having not even considered that it could cause a problem for some people.

“I don’t like to see people discriminated against,” she says.

Clarke became a disability rights advocate after her daughter became disabled following a car accident many years ago.

She recognises that for many people who experience the privilege of being non-disabled they do not always see how hard it can be to get from A to B. “If you’re not disabled, you don’t see it. You have to understand the problems many disabled people have to navigate,” she says.

Clarke notices issues on a near daily basis and reports them to her local authority. For example, a one-way street sign has been placed in the middle of a pavement in the town centre. Also, during the storms earlier this year, when slates fell off the roof of a building in the town centre, the barricades put up by the council obstructed pedestrian access and were constantly being knocked over by children, creating a fall hazard for blind or poorly sighted people.

Street clutter and furniture is not only inconvenient for people who use wheelchairs and other mobility aids, are partially sighted or have babies and small children; it is nearly always dangerous as well. Cluttered pavements affect people’s independence, impact on their time, and make relatively short journeys frustrating and hazardous.

Pavement parking is another huge problem in Llanelli, as elsewhere, and needs legislation to stop it happening. “People should not have to walk in the road while cars are parked on the pavements,” says Clarke.

On one occasion she saw a woman pushing a man in a wheelchair across the road where a large dip had filled with water. The wheelchair almost tipped over but thankfully, with her help, they managed to push it up and onto the pavement. The man very nearly ended up falling out of the chair and into oncoming traffic. Following the incident, Clarke and her local Living Streets group complained to the council (she had routinely reported the issue for over five years) and it was fixed within a week.

Clarke says she’s very concerned about safety and inclusivity for people who are ‘not included in life’ and wants to use her role as coordinator of Llanelli Living Streets Group to work with the council and local residents to make Llanelli’s streets more accessible for everyone.

She’s now talking to staff at the council about the improvements she’d like to see and is inviting members of the community to join her Living Streets group or start their own locally.

Via the #CutTheClutter campaign, Living Streets is calling for local authorities to prioritise clearing footways and pavements of clutter like badly placed tables and chairs, bollards, bins, signs and advertising boards.
www.livingstreets.org.uk