'Stark contrast’ in fare discounts for young people across UK 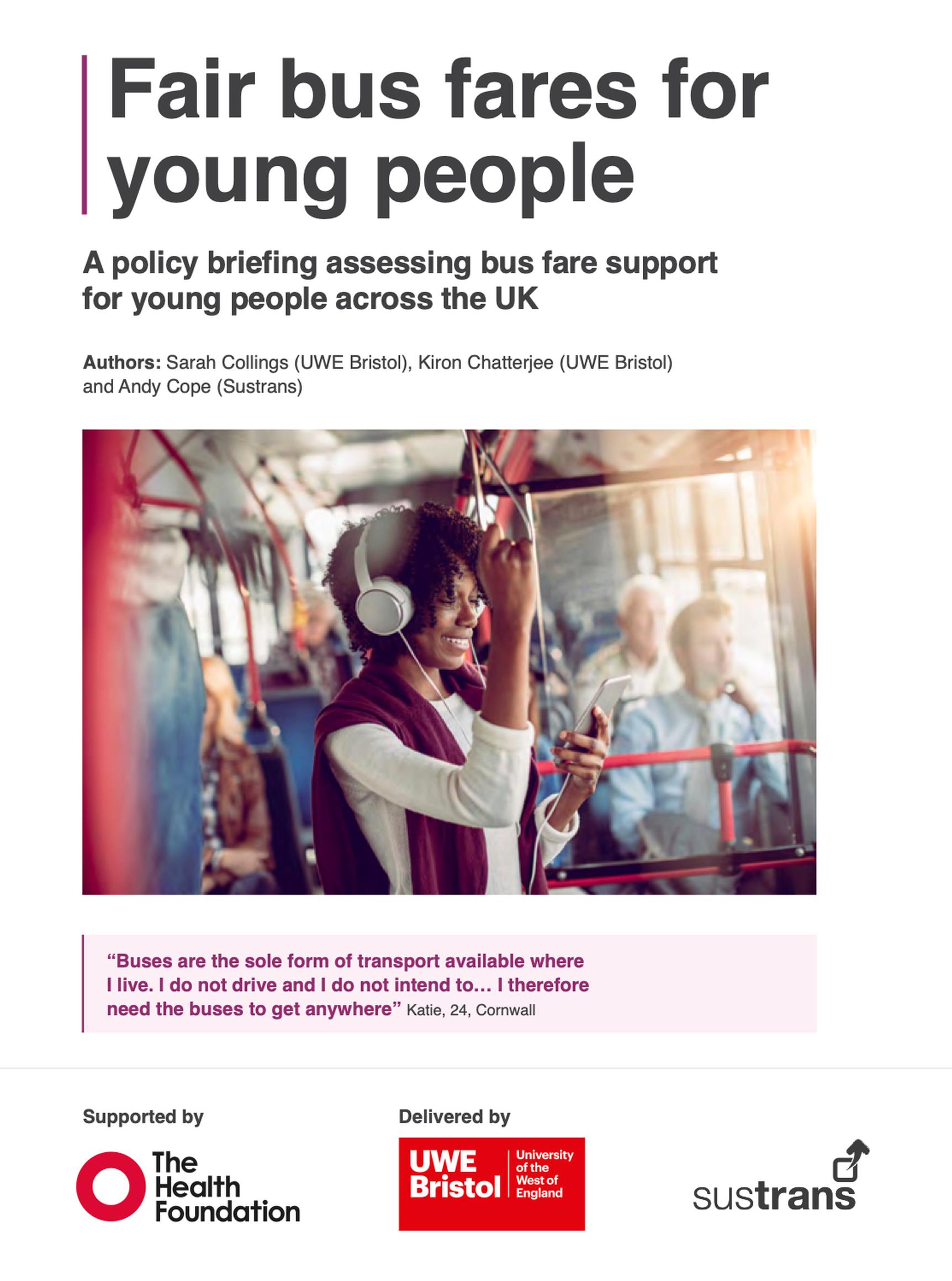 Some areas offer no support beyond the age of 16 while in other areas there is “considerable variability in the type of offer provided”,  said researchers from UWE Bristol and sustainable transport charity Sustrans.

Their study examined current offers for young people across the UK, as well as ambitions for young person fares in the Bus Service Improvement Plans of 79 local transport authorities in England published in November 2021.

The policy briefing, which also includes case studies that explore the policy justification and outcomes of existing, ambitious schemes, was produced as part of the Transport to Thrive project. This aims to build the case for transport policy that better meets the needs of people aged 16-24. Transport to Thrive is part of charity Health Foundations Young people’s future health inquiry.

Professor Kiron Chatterjee, an expert in travel behaviour, said: “In some local transport authorities, we found minimal or no aspirations for support beyond the age of 18 while in other areas young people are offered free bus travel. According to the bus service improvement plans we reviewed, the upper age eligibility also varies considerably across the UK from 17 up to 29.”

The research team produced a policy briefing which also includes case studies of existing schemes, which will be sent to key decision makers in national and local governments and the transport sector for consideration.

Dr Sarah Collings, senior research fellow in transport and young people at UWE Bristol, said: “The recent publication of local Bus Service Improvement Plans in England, along with national policy developments in Wales and Scotland, means now is an important time to highlight what young people need from bus fares.

“We are calling on governments to match ambitious offers already seen in some parts of the UK and, in doing so, help their young population to thrive. Young people tell us that this should include introducing free or flat fares such as the free travel offer which is already available to under 22s in Scotland or the 80p flat fare offer for 16-21 year olds in South Yorkshire. They say support should extend up to the age of 25 and that decision makers should work with young people to develop their offer.”

Andy Cope, director of evidence and insight at Sustrans, said: [Young people are often reliant on buses to get to education or work, and amid historical cuts to services and a cost of living crisis, it's vital they can access transport. At present there's a postcode lottery of local and regional discounts for a range of ages, which is not fair and hardly in the spirit of levelling-up. Of course, while walking and cycling have an important role to play, for longer journeys buses can be a lifeline.

“As such, we are also calling on each of the UK nations to set out a minimum offer for young people aged up to 25 and to support local authorities to move towards this. This will lead to a greater consistency and fairness for young people across each nation.”

Martina Kane, policy and engagement manager at the Health Foundation, which funded the research, said: “From accessing education or work, to participating in out-of-school activities, or being able to meet with their friends, transport unlocks opportunities for young people and enables them to lead fulfilling and healthy lives.

“What has emerged is a concerning picture of how unaffordable bus costs hinder young people from accessing these opportunities during this vital period of their development. The Health Foundation is pleased to support this important report which sets out the crucial policy solutions that will improve chances for young people across the country."