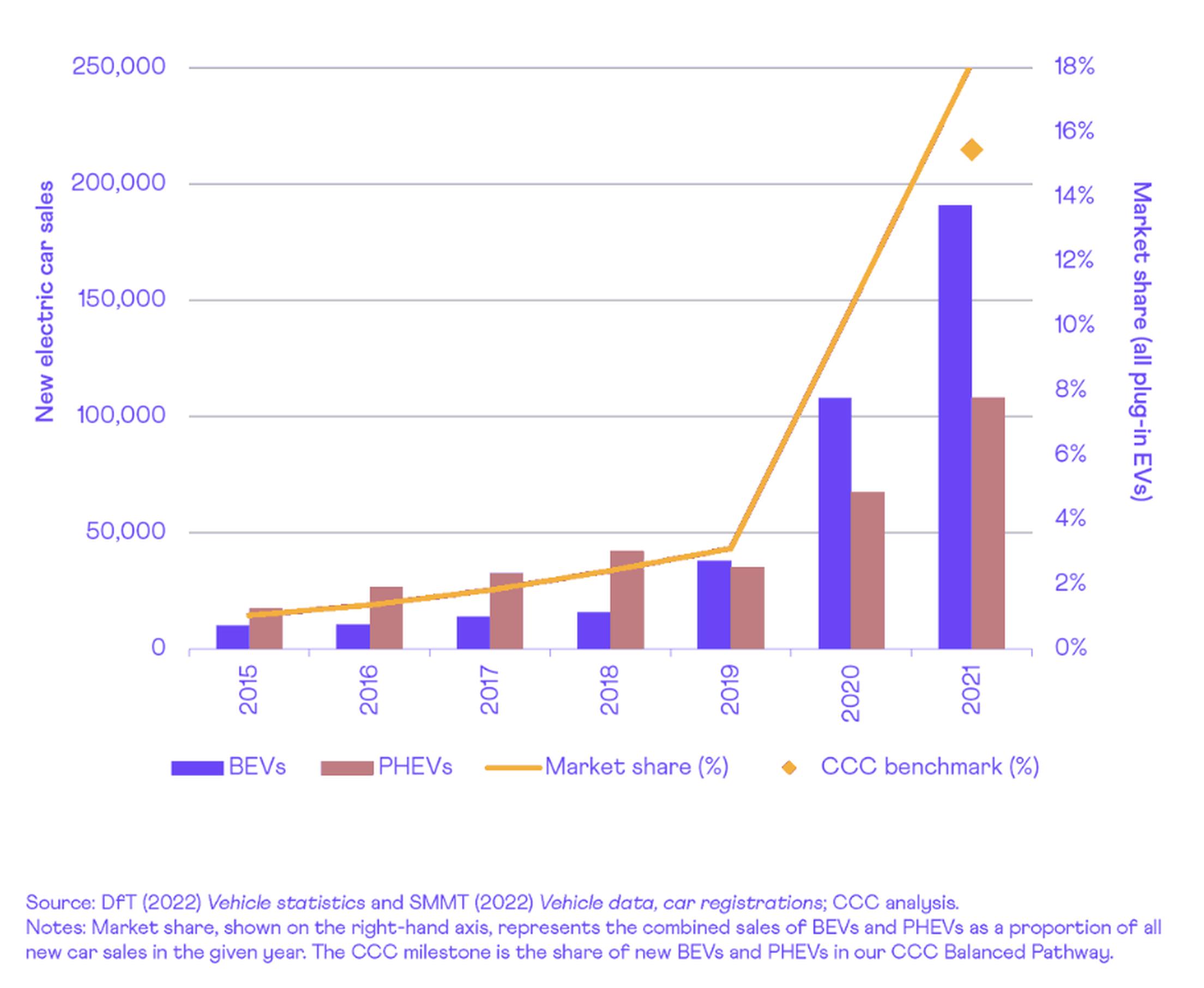 There is little evidence that the UK government is delivering on its own ambition commitments to reach net zero by 2050, says the independent Climate Change Committee (CCC). A progress report published by the committee finds major failures in delivery programmes towards the achievement of the UK’s climate goals.

Last year, the CCC applauded the government for setting ambitious targets and launching a new Net Zero Strategy. Policies are now in place for most sectors of the economy, but its review of progress finds “scant evidence” of delivery against these headline goals so far. There are some areas where progress has been made, says the CCC, but in most areas the likelihood of under-delivery is high.

The CCC calls this is a “high-wire” approach to net zero. For the UK’s climate lead to be effective, the world must have confidence that it will keep our promises and that it has a clear and effective programme to achieve our commitments.

In the area of domestic heating, the CCC says that the UK government must drive down energy bills and reduce climate-warming emissions by insulating more homes. The committee estimates consumers are paying £40 extra a year on bills because of previous cuts to the home renovation programme. The committee says ministers must harness the Ukraine fuel crisis to push ahead with renewables.

The committee praises the government on two issues: a renewable energy programme which will save people £125 a year on bills by 2030; and promoting electric cars, although more chargepoints and electric vans are needed.

In a 600-page assessment, the CCC has revamped its framework for monitoring the UK’s climate progress, focussing on the changes needed on the ground to achieve net zero. Across the economy, the CCC has developed detailed new progress indicators to assess the risks of net zero delivery.

CCC chairman Lord Deben said: “The UK is a champion in setting new climate goals, now we must be world-beaters in delivering them. In the midst of a cost-of-living crisis, the country is crying out to end its dependence on expensive fossil fuels. I welcome the government’s restated commitment to net zero, but holes must be plugged in its strategy urgently. The window to deliver real progress is short. We are eagle-eyed for the promised action.”

UK emissions are now almost half (47%) their 1990 levels. Emissions rose 4% in 2021 as the economy began to recover from COVID-19 but were still 10% below 2019 levels. Further progress must be led by government policies with clear direction, credible delivery mechanisms and suitable incentives to shape private sector action. In no sector of the economy is this yet complete.

The CCC report makes over 300 recommendations for filling out policies over the next year, reflecting the scale of the task at hand as the government moves from strategy to implementation.

The areas of strongest progress are backed and led by well-designed government policy:

In other areas, low-carbon options remain in their infancy. The CCC said policy has not yet begun to guide the promised private sector action:

In its first comprehensive appraisal of UK’s Net Zero Strategy, the CCC warns that:

In response to the report, the government said that over the past three decades the UK had driven down emissions faster than any other G7 country and that it had clear plans to go further. It said: “The UK is forging ahead of most other countries with around 40% of our power now coming from cleaner and cheaper renewables. This is backed up by £6bn of funding to make our homes and buildings more energy efficient, planting up to 30,000 hectares of new trees a year and more electric cars than ever before on our road –decarbonising our cars and vans faster than any other developed country.”

Dr Nina Skorupska CBE, chief executive of the Association for Renewable Energy and Clean Technology (REA), said: “The latest CCC report is direct in its assessments and we at the REA echo them. There remains large gaps in energy efficiency policy and, while there has been good progress on the decarbonisation of power, it is clear that much more needs to be done on land use, heat and transport too.

“We do acknowledge the government’s high level targets, and welcome their continued commitment to the energy transition and Net Zero. However, in short, we agree with the CCC: the government’s current strategies will not deliver Net Zero. The targets are there, but the government now has to get on with delivery.”

Ross Easton, diector of external affairs at Energy Networks Association, said: “Today’s announcement from the CCC is a clear sign that despite the progress made so far, there is a long way to go before we hit net zero and that the focus must remain on the long term. Network companies are a central pillar to enabling net zero but we will need sufficient certainty and ambition around investment to meet the scale of the challenge ahead.”