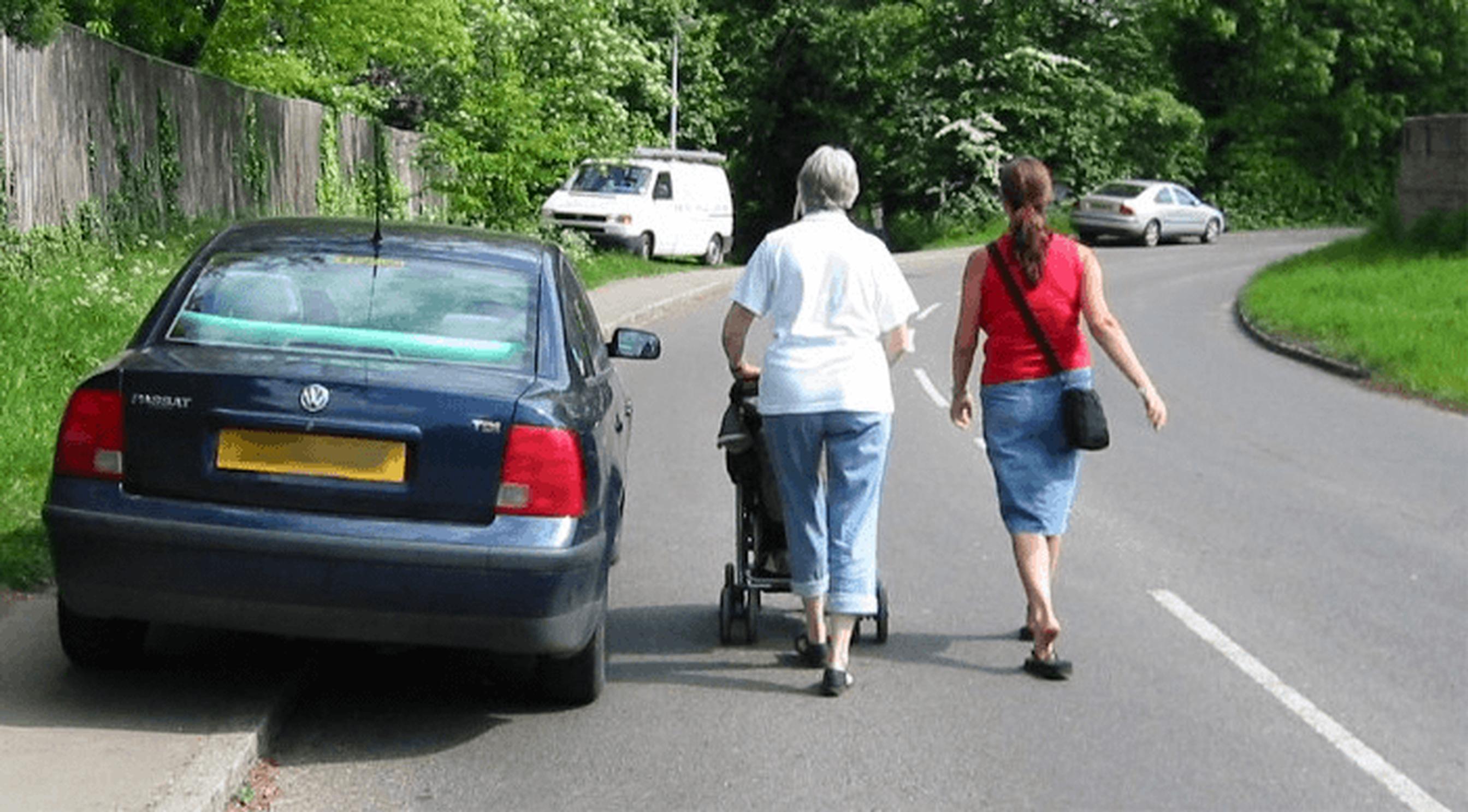 Banning pavement parking would help all people to walk or wheel more, research by Sustrans reveals. The Walking and Cycling Index study highlights several barriers which people face when walking, wheeling and cycling in their local areas. One is obstruction caused by pavement parking.

Previously called the Bike Life survey, Sustrans has extended the scope of the report to include walking and wheeling.
Sustrans surveyed more than 24,000 people from 18 cities and areas across England, Scotland, Wales, Northern Ireland and the Republic of Ireland.

The report found that banning pavement parking would help 70% of all residents to walk or wheel more. It also revealed that 72% of residents think wider pavements would encourage them to do so.

The Walking and Cycling Index also shows that just 56% of disabled people and 55% of residents on low incomes feel welcome when walking and wheeling in their neighbourhood, with only 52% of people believing it is safe for children to walk in their local area. This compares to 69% of non-disabled people, and 74% of those in managerial or professional roles

However, proximity of local services and amenities prevents people walking and wheeling more, as just over half of respondents (55%) agreed they could easily get to many places they need to visit without having to drive.

A total of 79% of people support the creation of 20-minute neighbourhoods where amenities and services, such as shops, green space and GPs are located within a 20-minute return walk or wheel of where they live.

However, the research found 27% of households are outside of a 20-minute return walk of a food shop, rising to 36% of households that are not within this distance to a GP.

The index reveals strong demand for more Low Traffic Neighbourhoods (LTNs) in urban areas across the UK, according to Sustrans. The charity found that 66% want more LTNs while just 12% are opposed to them.

More than half of residents (51%) agree that closing streets outside local schools to cars during school drop-off and pick-up times would improve their local area while 20% disagree.

The survey found that 65% of residents are in favour of segregated cycling tracks while 20% are against. Some 69% want more traffic-free cycle routes away from roads, eg through parks or along waterways.

The majority or residents (60%) are in favour of more segregated cycle tracks being built, even when this would mean less room for other road traffic. And 79% want more 20-minute neighbourhoods, with just 4% opposed.

The survey found that 56% of city dwellers said they want more investment in walking, compared with 32% in driving.

The survey found that 60% of disabled residents think that walking safety is good compared with 72% of non-disabled people.

Rachel Toms, Sustrans’ director of urbanism, said: “People across the UK want to walk or cycle for their local journeys. They are saying they want pavements to be generous, well-maintained and clear of parked cars; they want safe, accessible cycle tracks and pedestrian crossings; and they want more investment in sustainable, healthy transport.”

The attitudinal survey was conducted from June to August 2021 by independent social research organisation NatCen. The survey is representative of all Index city residents, not just those who walk or cycle, said Sustrans.

The Walking and Cycling Index
https://tinyurl.com/4h7rfn9v