Are we leaving drivers feeling out of touch?

The relentless rise of the touchscreen undermining the user experience, says Tom Blackie 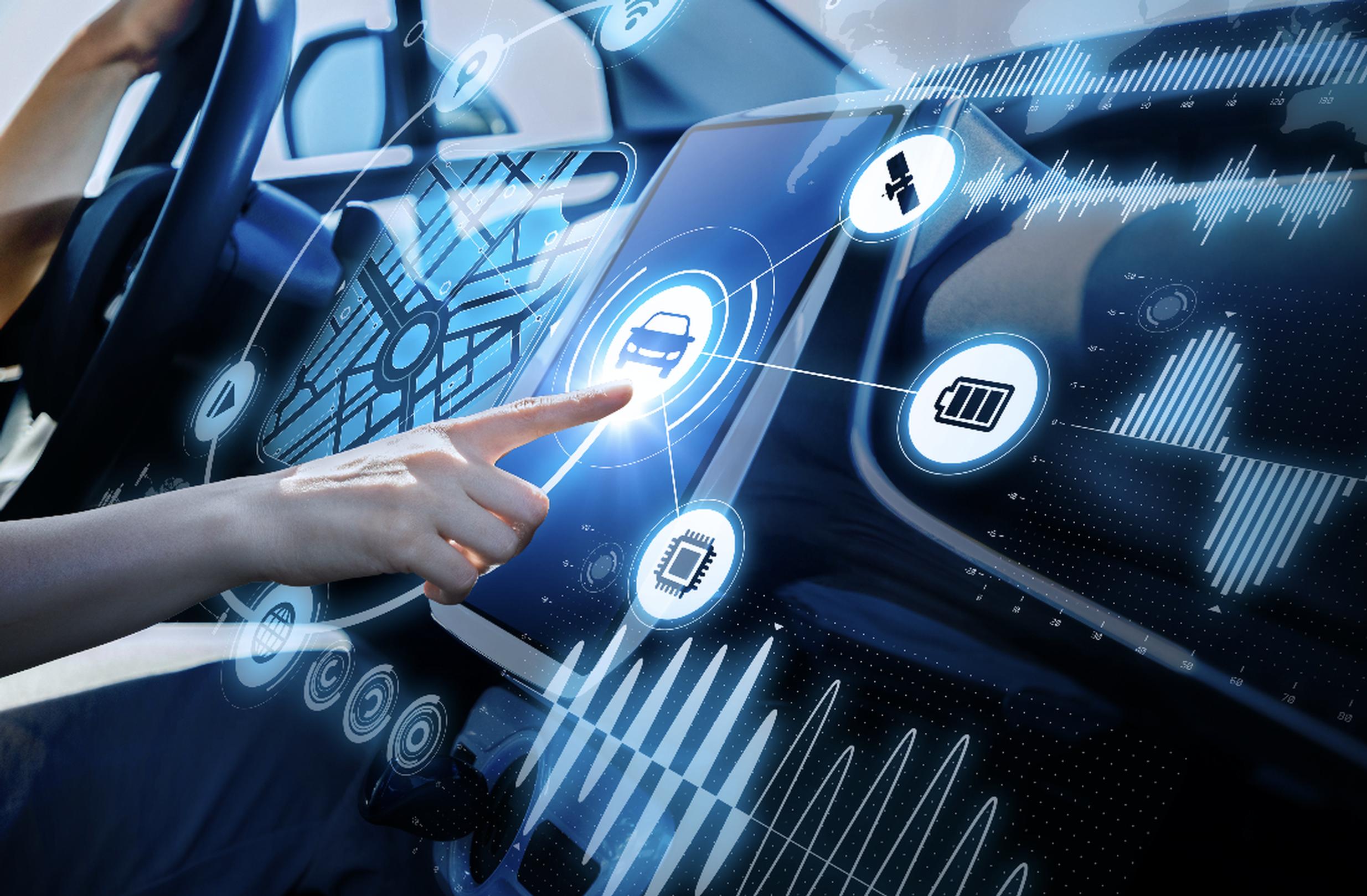 Car manufacturers are locked in a race. Not the kind that demands ever-increasing power outputs or shrinking zero-to-sixty times, however. Instead, the results of this contest are measured in inches.

With each new model launch, vehicle manufacturers push the boundaries a little further. At first, in-car satnav was controlled by a TV-style remote control that was just as likely to get lost in a dusty crevice. Then the multimedia controller took over, a twisty-turny wheel that wore many monikers, from iDrive to Commander. As the touchscreen arrived, it appeared the industry had finally settled on a winner, even if the user interface at first seemed to have been modelled on an ATM.

Since then, the race has been on to expand the digital real estate, and make it more prominent. Tablet-sized screens perched atop the dashboard became de rigueur, and were soon joined by digital instrument clusters.

But in 2012, a Californian newcomer launched an electric vehicle and usability seemed to take a back seat. Gone was the physical switchgear – apart from the window switches, there were only two buttons in the whole car – with everything controlled by a giant screen in the middle of the dashboard. That meant that even the most basic interaction required delving into a menu, from changing the radio station to turning on the headlights.

Soon everyone was at it. Even Volvo, bastions of safety and Swedish minimalism, launched a new Sensus infotainment system based around a central 9-inch portrait display that incorporated almost everything into its touchscreen interface. Now, even a modest family sedan eschews physical temperature controls in favour of jabbing a finger at a screen.

However, connectivity pioneer VNC Automotive, a company with its technology installed in more than 35 million vehicles worldwide, questions whether today’s touch-based interfaces are really the best solution.

Having a giant touchscreen interface is really about saving hardware costs by implementing everything in software. Recently, though, there’s been growing disquiet as years of ergonomic study and usability experience are abandoned in the rush to cram everything onto a single screen.

A recent study by the UK’s Transport Research Laboratory and road safety charity IAM Roadsmart found that drivers took their eyes off the road for as long as 20 seconds when asked to play a track from Spotify using a touchscreen interface, long enough to travel a distance of 630 metres at 70mph – more than a third of a mile. During that time, many drivers struggled to maintain their lane position, while some failed to respond to a simulated emergency event. Overall, reaction times increased by up to 57% when interacting with these devices; driving while over the alcohol limit by comparison only increases reaction times by 12%.

Dissatisfaction with the proliferation of these interfaces is growing among drivers, and with the European Commission estimating that driver distraction is a factor in up to 30% of all accidents in Europe, it seems likely legislators will soon feel compelled to step in.

BMW gave the world Gesture Control, allowing us to live out our Harry Potter wizarding dreams by waving a hand in the air to adjust the volume or skip a track. Voice control systems have become more widespread, although they remain some way behind the likes of Siri and Google Assistant, the latter often cited by OEMs as a key factor in their adoption of Android Automotive. Head-up displays have progressed from a simple speed read-out reflected in a tiny transparent panel that unfurls itself into the driver’s eyeline to a fully-fledged augmented reality display projected on to the windscreen. For everything else, it’s likely the omnipresent touchscreen will continue, although it’s clear manufacturers will have to rethink their approach to usability.

The sluggishness that plagued early systems has now largely been addressed, but the lack of physical feedback on activating a touchpoint still demands that drivers glance at the screen for visual confirmation. With many cars lacking a convenient surface to brace against, the task of aiming at a small control with an extended arm in a car that’s bouncing around can quickly become a repetitive one, prolonging the time spent diverting focus from the road.

Haptic feedback systems have improved from early electromagnetic actuators mounted behind a sprung display to clever electrostatic technologies that can even replicate different textures. However, there remains the challenge of muscle-memory: in the old days, drivers could feel their way to their favourite radio station. Now, the function of a touchpoint varies depending on context.

Not only that, but the design of the interface itself is critical to reducing the demands for a driver’s attention. Frequently-used controls should be styled to stand out from their surroundings; icons should be easily discernible; the status of a function should be readily apparent at a glance; colours should be chosen to avoid wash-out in sunlight. These are considerations that should be given precedence over all others.

Some OEMs believe the answer is more screens. The Honda e and Mercedes EQS, for example, both feature a swath of screens across the dashboard, offering a digital landscape almost as wide as the car itself. This marks a clear departure from the days of infotainment systems optimised for use by the driver alone; now, passengers are afforded equal access. As our lives become ever more connected with the growing prevalence of online streaming, perhaps this new digital democracy will lead to delegation to others in the vehicle. VNC Automotive’s Cobalt Share enables access to content across networks and devices, while its compatibility with the full gamut of vehicle hardware and platforms means it’s possible for anyone in the car to start sharing their Spotify playlist with just a few taps of their smartphone.

Shifting the focus to the passengers in the vehicle allows each occupant to enjoy an individual experience. Once you make it easier for people to select their own entertainment, it frees the driver-focused interfaces of the burden of being both a control surface and a point of content consumption. At that point, we can redesign the UI and UX to regain the ease of usability that’s been lost.

Tom Blackie, chief executive of software company VNC Automotive, a specialist in car connectivity and telematics software. Covering everything from In-Vehicle Infotainment (IVI) connectivity and telematics concepts, through to embedded production-grade deployments, its platform-agnostic software supports all popular vehicle connectivity standards including Cobalt Link+, Android Auto and CarPlay. Its technology is currently in use in over 35 million vehicles, across 20 of the world’s largest automotive OEMs, including VW Group, Toyota, Honda, PSA. VNC Automotive develops and supplies software across the automotive ecosystem to equipment suppliers such as Bosch, Panasonic, Clarion, Pioneer and device vendors such as Sony, HTC, LG, and Huawei.