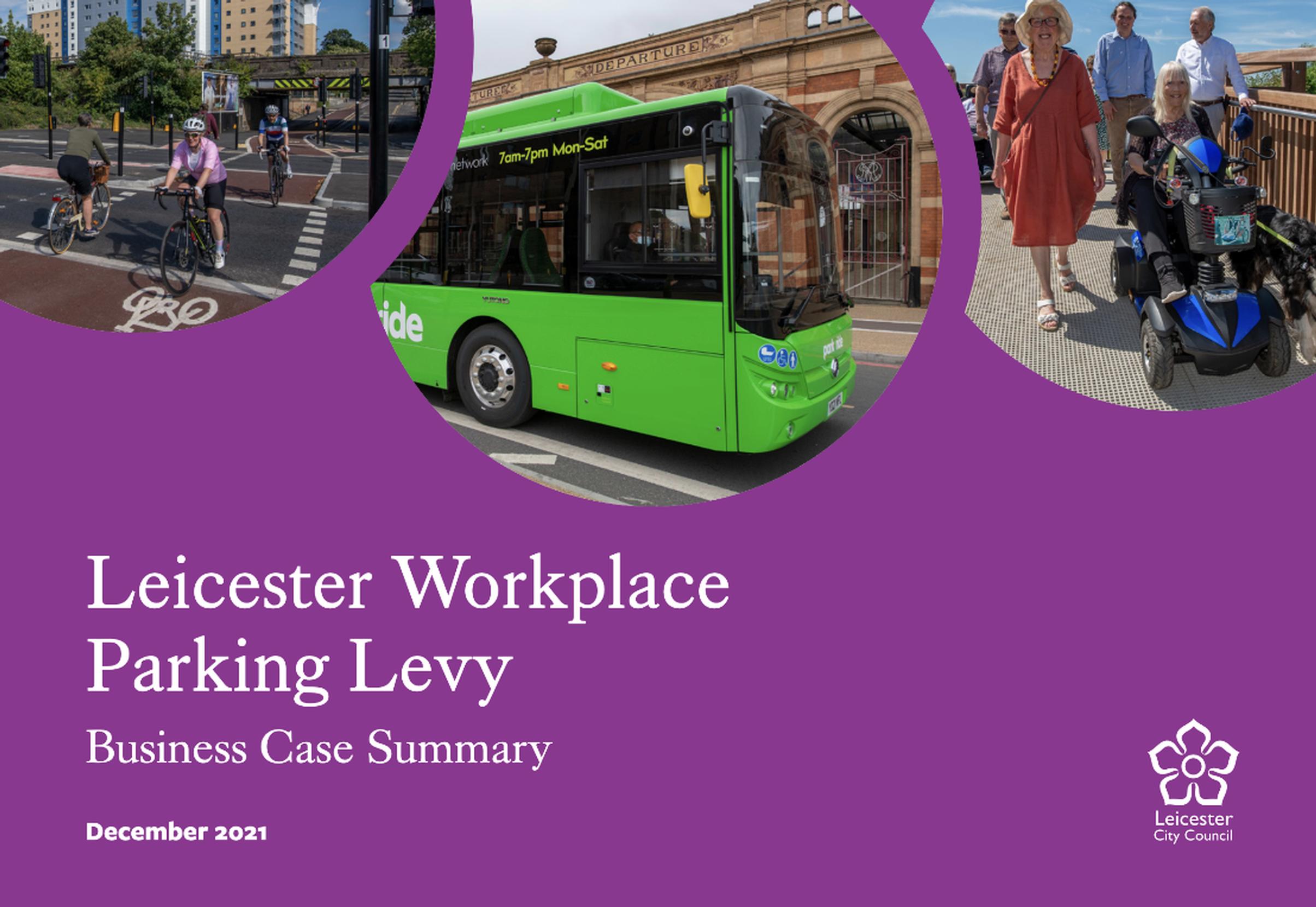 Leicester City Council is planning to introduce a workplace parking levy (WPL), a scheme that it will use to fund the long-term modernisation of the East Midlands city’s public transport, cycling and walking networks. The city’s elected mayor Sir Peter Soulsby believes the WPL will enable Leicester to bring forward a programme of transport improvements to meet environmental and air quality targets set by both the UK government and the council itself.

The WPL would be designed to encourage people who travel into the city regularly for work to use alternatives to cars for their daily commute, thus helping reduce traffic congestion. The levy would also fund projects to connect new housing developments with sustainable transport services.

Over the summer the council carried out an initial public consultation on a possible scheme and has now published more detailed plans for the WPL. A new 12-week public consultation is currently giving local people and employers the chance to find out how the parking levy would work.

Under the city council’s WPL proposals, most employers with more than 10 spaces would pay £550 per space per year for a licence to provide car parking for their employees. Between 450 and 600 larger businesses across the city are likely to be eligible under the scheme. However, the high number of small businesses in Leicester means that around nine out of 10 are too small to have to pay. The income from a levy could be around £95m over the first 10 years, which would enable the city council to match-fund with other grants to invest up to £450m. The revenue would mean the city council could plan for long-term transport investment rather than just relying on uncertain government funds.

Plans for a WPL were featured as part of the council’s Draft Leicester Transport Plan 2021-2036, published last summer, which set out priorities for meeting the city’s transport needs over the next 15 years. Transport priorities a WPL would help fund include:

Implementing a WPL in Leicester

The WPL scheme would require government approval, after which the scheme could start in early 2023. Leicester City Council said it will work with local employers well in advance to prepare them for its introduction.

The city council has set out how a Workplace Parking Levy Board would be responsible for managing the investment plan, including deciding on what projects should be included, at what level, and when funds should be provided, as well as day-to-day policies for operating the levy. The board will be responsible for ensuring that projects are justified and value for money, helping the WPL and investment programme be more resilient in times of difficulty, as well as allowing the council to provide match-funding for grants as and when opportunities arise. Annual reports will be published and an Employer Transport Forum will input into the Workplace Parking Levy Board’s decision-making. At the end of the first 10-year programme, there will be a review and new set of priority projects developed.

Leicester's deputy city mayor leading on transport and the environment, Cllr Adam Clarke, said: “A workplace parking levy has been a consideration for some time in terms of addressing the city’s present and future transport needs, and it is clear it could play a major role in financing the kind of improvements set out in the draft Leicester Transport Plan, which are vital if we are to meet both the city’s transport needs and its environmental obligations. The benefits of reducing traffic in the city are easy to see – anyone commuting during the school holidays can see how much difference even a 10% drop in vehicle numbers makes.

“Of course, people need to know there’s a reliable, convenient public transport system available if they are to be persuaded to leave their cars at home, and the money raised by a WPL would enable us to make huge steps forward in delivering that over the coming years. We are encouraged by the initial feedback we received over the summer and now really want to hear from people across the city to know what they want from such a scheme, and how to make it work as best as it can for Leicester. The government would have to give us approval to bring in a scheme, but the more people take part in this consultation, the better chance we have of ensuring it can address local needs.”

The WPL proposals are the latest stage of work to address the city’s transport needs. In November 2021, the city council published its Bus Service Improvement Plan (BSIP), setting out ambitious plans which would vastly improve bus services, vehicles and routes across Leicester in a 10-year project involving the city council and local bus operators.

While £95m has already been secured for the plans in the BSIP from a range of sources, and further bids are being submitted for a share of nearly £3bn of national funding, income from a WPL would be a key source of the finance package needed. The BSIP includes bringing in over 200 fully electric buses, improving reliability and frequency of services, automated digital ticketing, as well as introducing bus lane and signal measures to give priority to public transport. It would establish a formal partnership between the council and bus companies to bring the measures into effect by 2025. Leicester City Council also recently secured £19m from the government’s Zero Emission Bus Regional Areas (ZEBRA) scheme, towards a £47m programme that will see the introduction of almost 100 new electric buses.

The public consultation runs until 13 March 2022.