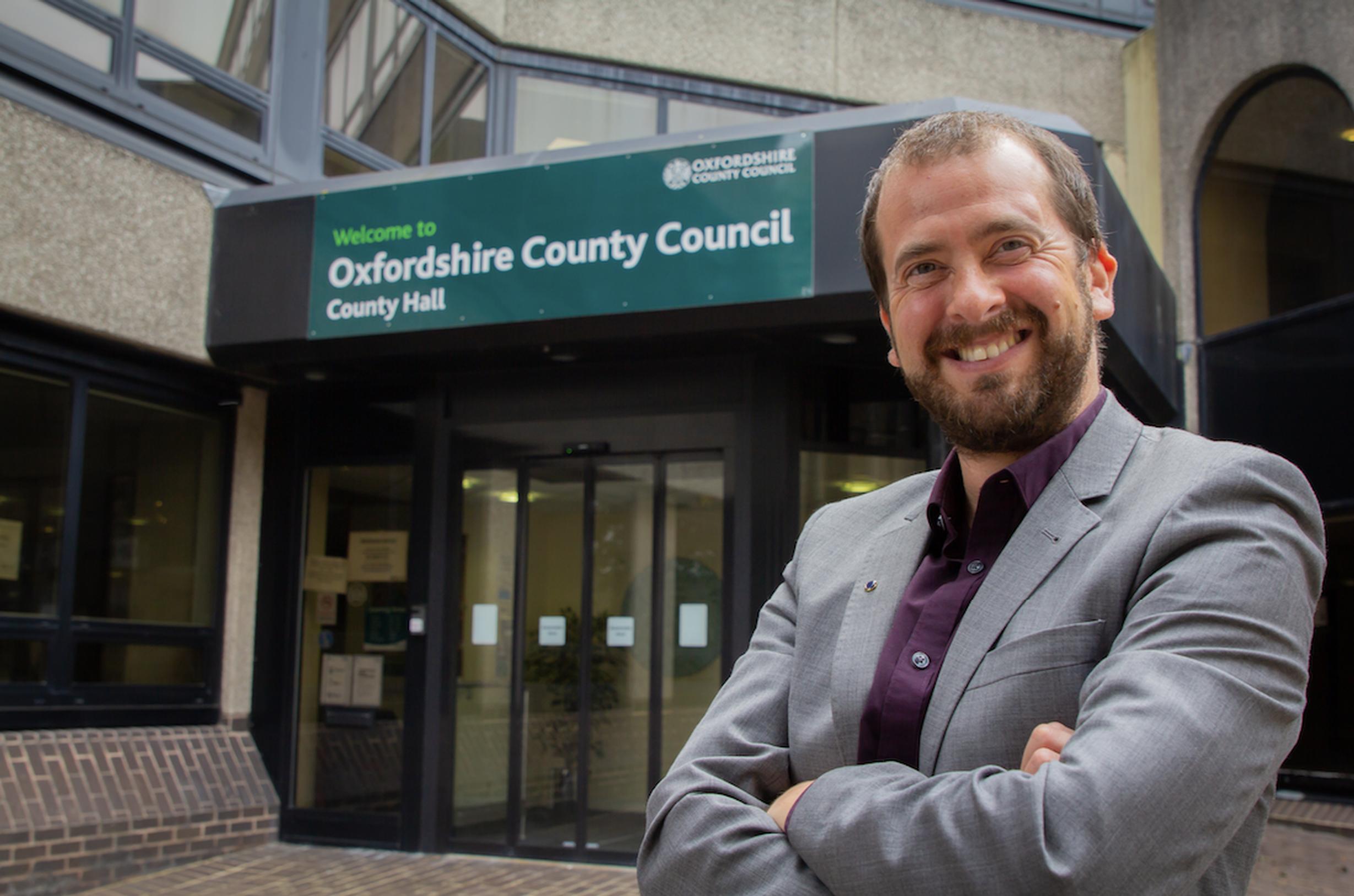 On Tuesday 21 September, traffic around Oxford’s medieval roads ground to a halt. Motorists faced queues of up to an hour as a series of emergency lane closures to repair water leaks coincided with scheduled roadworks in the city centre. Serious congestion ensued.

Just two days later, in my role as Oxfordshire County Council’s cabinet member for Highways Management, I had to decide whether to approve the introduction of five new controlled parking zones (CPZs) in Oxford. CPZs, which are already in operation in dozens of other parts of the city, allow residents to buy an annual permit to park in their street, while non-permit holders – most notably commuters looking to avoid paying to park in the city – are not.

After being on the receiving end of a barrage of bad publicity for the traffic delays, it would have been easy to refuse the CPZ applications and avoid the inevitable backlash. Many people had responded to our consultation by asking why they should pay £65 a year to park outside their home – something which they could currently do for free. But that would have been short-sighted and wrong. I approved all five CPZs as their introduction will play a part in helping to ease the traffic problems we suffer from.

What has become clear is that Oxford has very fragile infrastructure which is operating at capacity. Any events, on any part of the network or the surrounding A-roads, cause serious congestion which locks up the city at key times.

We cannot let this continue.

Public transport is key to this. Every motorist who is not on a bus is in front of a bus in their car. So, if we can get people who are able to take the bus to do so, then the buses will be quicker, more efficient, more reliable and, ultimately, cheaper.

One thing I have learnt from my short time in office is that it is important to seize the initiative and act when we have the opportunity. And I believe that CPZs are an important tool which can be used to deter people from using cars and to make our public transport better.

I acknowledge that we need to do more – these small changes are just one part of the solution. As well as restrictions we need enhancements like better active travel routes, and we'll be doing that too with improved cycle routes and slower traffic speeds with the introduction of more 20mph roads across the county.

I know there are various concerns from the communities about any change, but what became apparent from the traffic chaos on 21 September is that we have to take bold steps and unpopular decisions in order to move forward. In an ideal world, with a proper budget from the government and the necessary freedom and powers, we would be able to do things in a more polished manner. But we do not live in an ideal world, so it is vital that we work with the powers and funds government has made available.

The bus companies are on their knees because passenger numbers are down due to the impact of the pandemic and the HGV driver shortage. We need to get people back on to the buses to travel into Oxford.

While everyone wants to use their own vehicle – and I am guilty too as I love my car – we cannot keep putting more cars on to Oxford’s medieval roads because it just makes it intolerable.

The recent chaos on the roads meant some people collecting blood to take to the city’s hospitals couldn’t do their job, and that cannot be right. There are a limited number of people who have to use cars for various purposes in the city and, when everyone else is blocking the roads, that becomes untenable.

We completely understand the level of feeling and why some residents do not want CPZs, but this is just the start of a lot of measures that we need to take in Oxford to transform it from a car dependent city with clogged up roads to a city that is greener, more sustainable, safer, with less pollution and more convenient for people to get around.

The destination is so desirable it will be worth the bumps in the road during the journey to get there.