What is active travel? A worthwhile definition surely requires a bit of effort

Strategies that promote active travel should recognise that it extends beyond walking and pedal cycling including handcycling, running, kick scooting, skateboarding, roller-skating and rollerblading to name but a few, says Tom Cohen 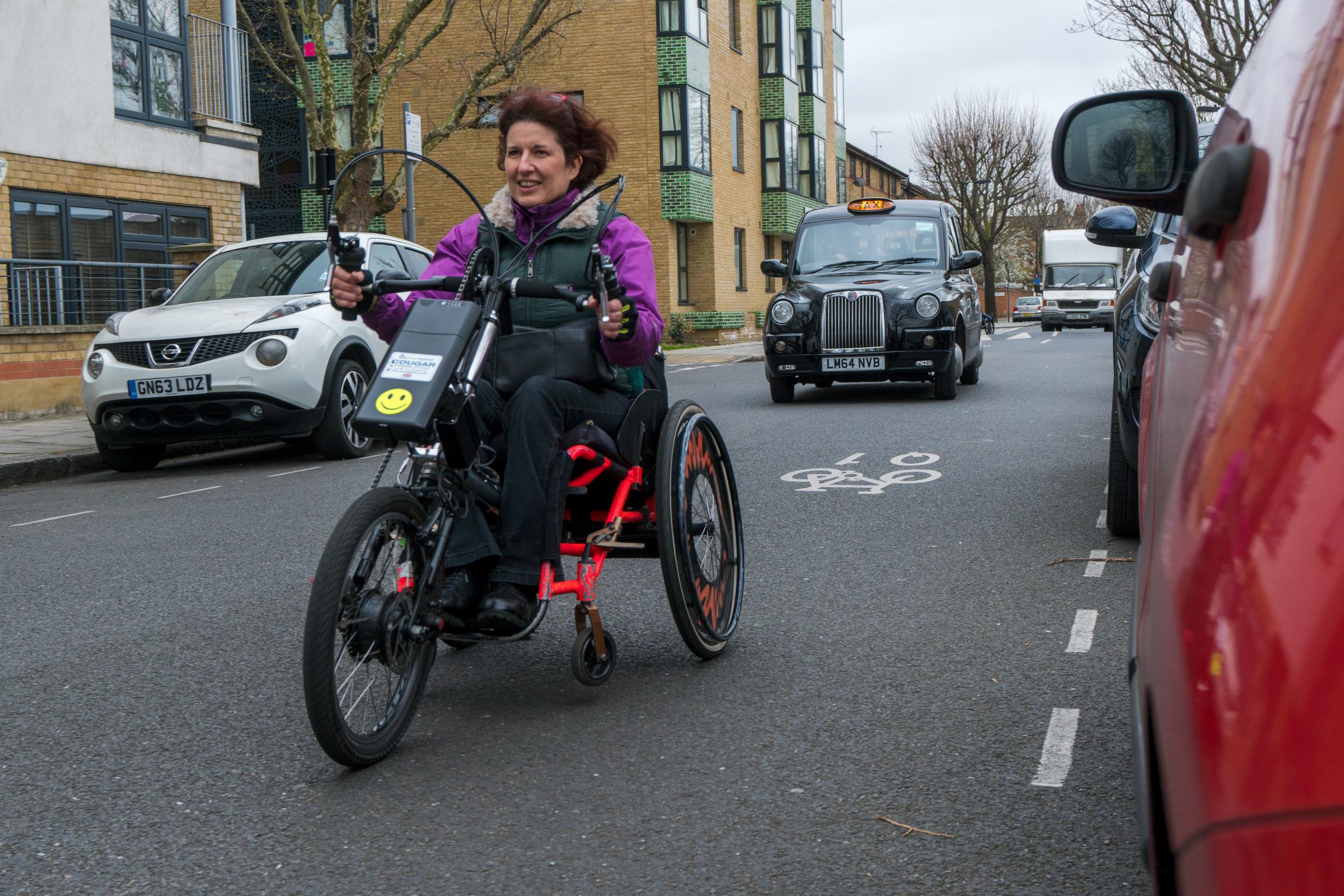 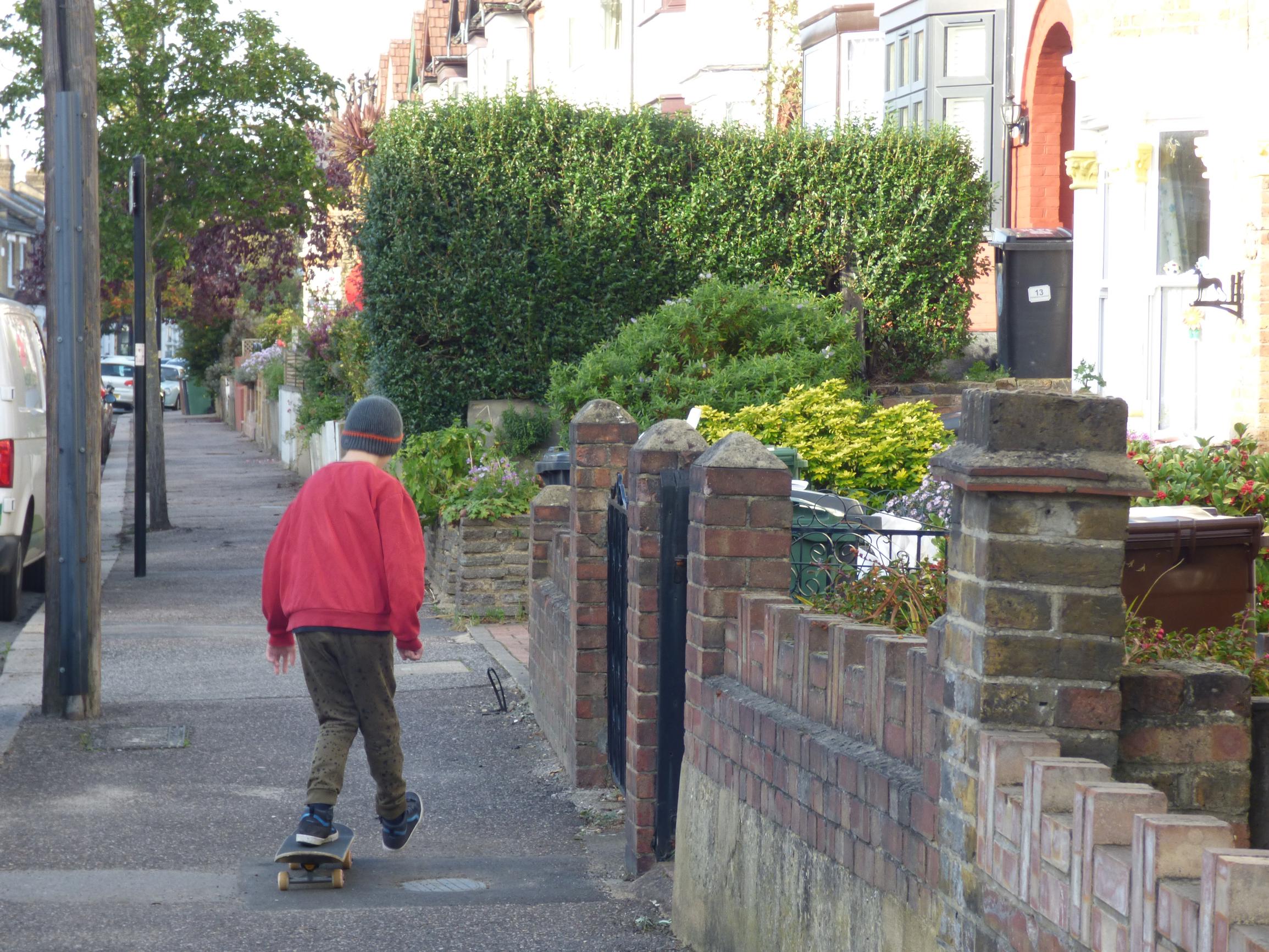 The hard facts of transport may be immutable but there’s no question that the words we use when describing it are influential and, therefore, important: pedestrian; vulnerable road user; accident; traffic (meaning motorised vehicles only). All of these terms bring baggage and so are not neutral – they instead reflect and help to reinforce the established balance of power. This is something that my colleagues’ work on road collision reporting1 amply demonstrated.

Which is why the emergence of a new term gives cause for reflection. Not that active travel is particularly new. But it has become very widely used in the last few years. You know, for example, that a term has entered the canon when the DfT starts to use it in the titles of its officials.

So, what does it mean and what does its use reveal about the way we think about transport? Together with colleagues from the Active Travel Academy and Birmingham City University, I’ve been attempting to answer these questions.

It’s no surprise that our investigations show active travel arising first in the public health literature. That sector has a natural interest in physical activity given the strong links to health. And bundling together modes that benefit health makes sense when health is what you’re about. It is less clear why the transport sector should have taken up the term so enthusiastically, given that health is only one of our many preoccupations.

We can speculate: active travel is used mostly as a synonym for walking and cycling, and this represents a 20% saving in syllables. For a sector that obsesses about efficiency, this is not to be sneezed at. I’m less convinced by the thought that it has been adopted as a more inclusive term than walking and cycling, to acknowledge modes, such as manual wheelchair use, which are manifestly active but which are neither walking nor cycling.

I’m equally sceptical that the term was presciently created in order to cater for the ongoing evolution of transport, with new modes emerging seemingly every year. Still, whatever the reasons for its emergence, it remains infinitely preferable to ‘slow modes’ – a pejorative term if ever there was one.

But what does active travel mean? As a synonym for walking and cycling, it’s lousy: it’s easy to think of at least ten other ways of travelling that are unarguably active. Running, kick scooting, skateboarding, pogoing, roller-skating, rollerblading… you get the idea. Fine, then: active travel means forms of travel that are active. Not that this takes us forward, since it simply demands that we define active. And this is when things get complicated, as well as political.

You may be intrigued or surprised to discover how many activities can lay claim to involving some degree of physical exertion.

Driving an automobile or light truck, for example, is associated with a metabolic equivalent (MET) of 2.5, meaning that it is two-and-a-half times as strenuous as “sitting quietly”2.

METs for cycling (in various settings and with varying intensity) range from 3.5 (leisure cycling at 5.5mph) to 16 (competitive mountain biking). Sexual activity (since you ask) is graded between 1.3 and 2.8. Before you know it, we could be having an argument about how active a form of travel must be before it can be allowed to join the club. Now, in principle, the more the merrier!

The Government’s £2bn Gear Change programme, announced more than a year ago, may have given walking and cycling a very welcome boost, but they’re still at the bottom of the funding pile. There’s strength in numbers, so it makes sense to build an active travel coalition that can command attention at the policy table.

But this brings risks. The active travel brand could end up being undermined if walking and cycling were joined by numerous modes that were only marginally more strenuous than sitting quietly. We surely need all members of the club to bestow a meaningful health benefit

As my colleagues from the Active Travel Academy, Birmingham City University and I deliberated on this issue, we came up with a working definition of active travel: travel in which the physical exertion of the traveller directly contributes to their motion. This neatly sidesteps the how much effort issue by concentrating instead on the relationship between the traveller’s activity and their (forward) movement. “Sophistry!” you might shout. Well, perhaps. But it at least deserves some consideration.

The acid test is whether the original members qualify and I hope you’d agree they do. There’s no question where walking is concerned; and I’d argue that the pedalling of a bicycle directly contributes to forward motion, in a way that depressing an accelerator pedal does not. If cycling is in, then so are all the modes I listed earlier, not to mention hand cycles. So far so good.

What about e-bikes? From the regulator’s perspective, Pedelecs fall rather conveniently on the active side of the line since you must pedal in order to enjoy assistance. Twist-and-go e-bikes don’t.

Which leads us to the vexed issue of e-scooters. Whatever their merits, they do not satisfy our definition, so would not be welcome in our active travel club. This will please some and annoy others. In particular, the argument for allowing e-scooters in cycle lanes, thereby adding weight to the case for expanding the provision of protected infrastructure, would be stronger if they ticked the active travel box. Our definition will also antagonise equestrians, something one should not do lightly. Well, you can’t please everyone.

Is this really worth worrying about? I think so. Much of our transport policy over the years has resulted from woolly thinking, and not in a good way. There’s no getting away from the fact that transport is complex and this commits us to thinking carefully about it. Though, sad to say, thinking carefully is not recognised as raising one’s metabolic rate. So, combine it with a brisk walk!

Tom Cohen is senior lecturer, transport, at University of Westminster