Transport high on the agenda for Andy Street’s second term

West Midland’s metro mayor Andy Street talks to Peter Plisner about his efforts to encourage people back onto public transport post-pandemic, the roll-out of new rail stations, development of the Sprint rapid bus transit network and his plans for electric bike hire 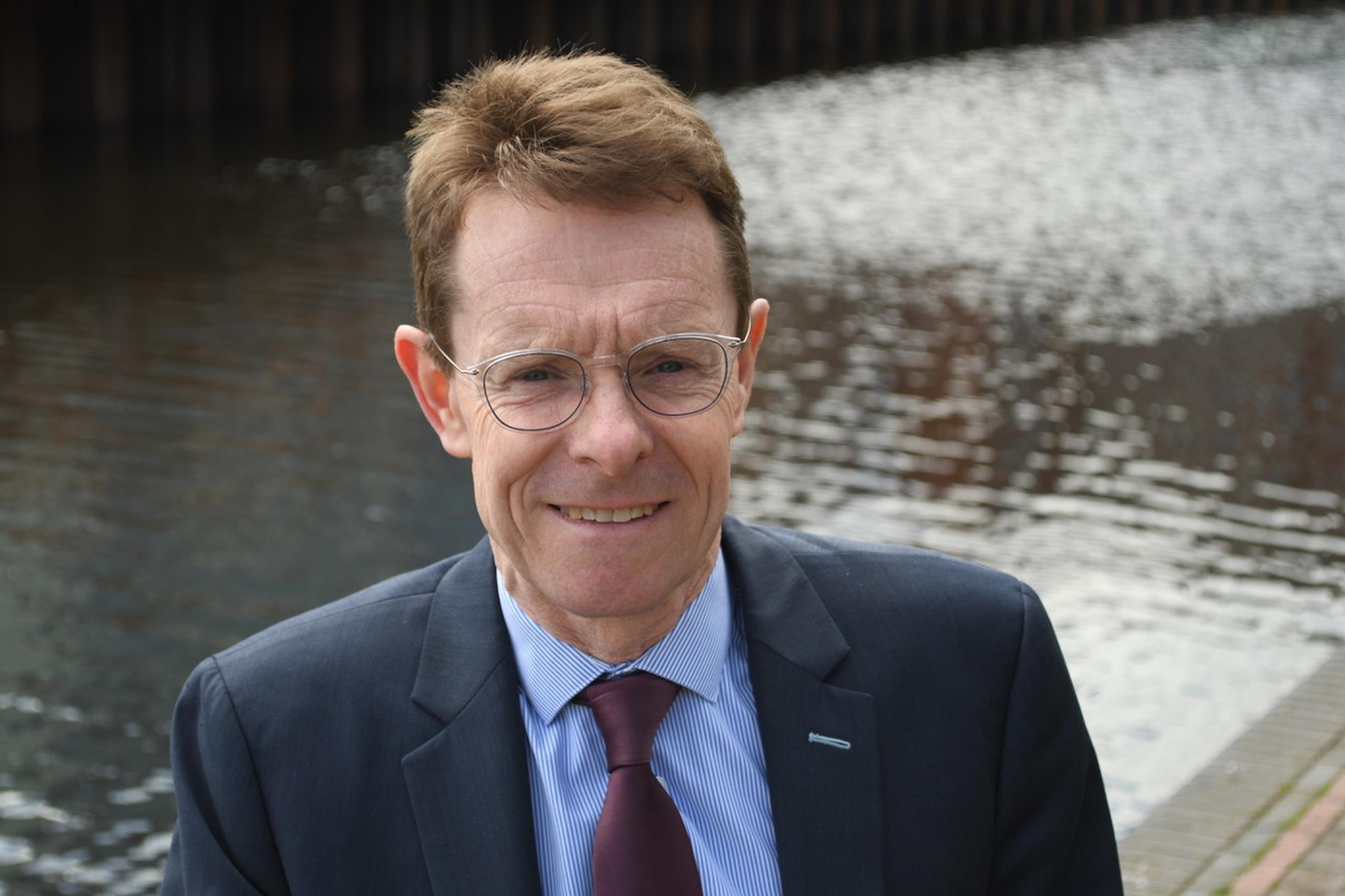 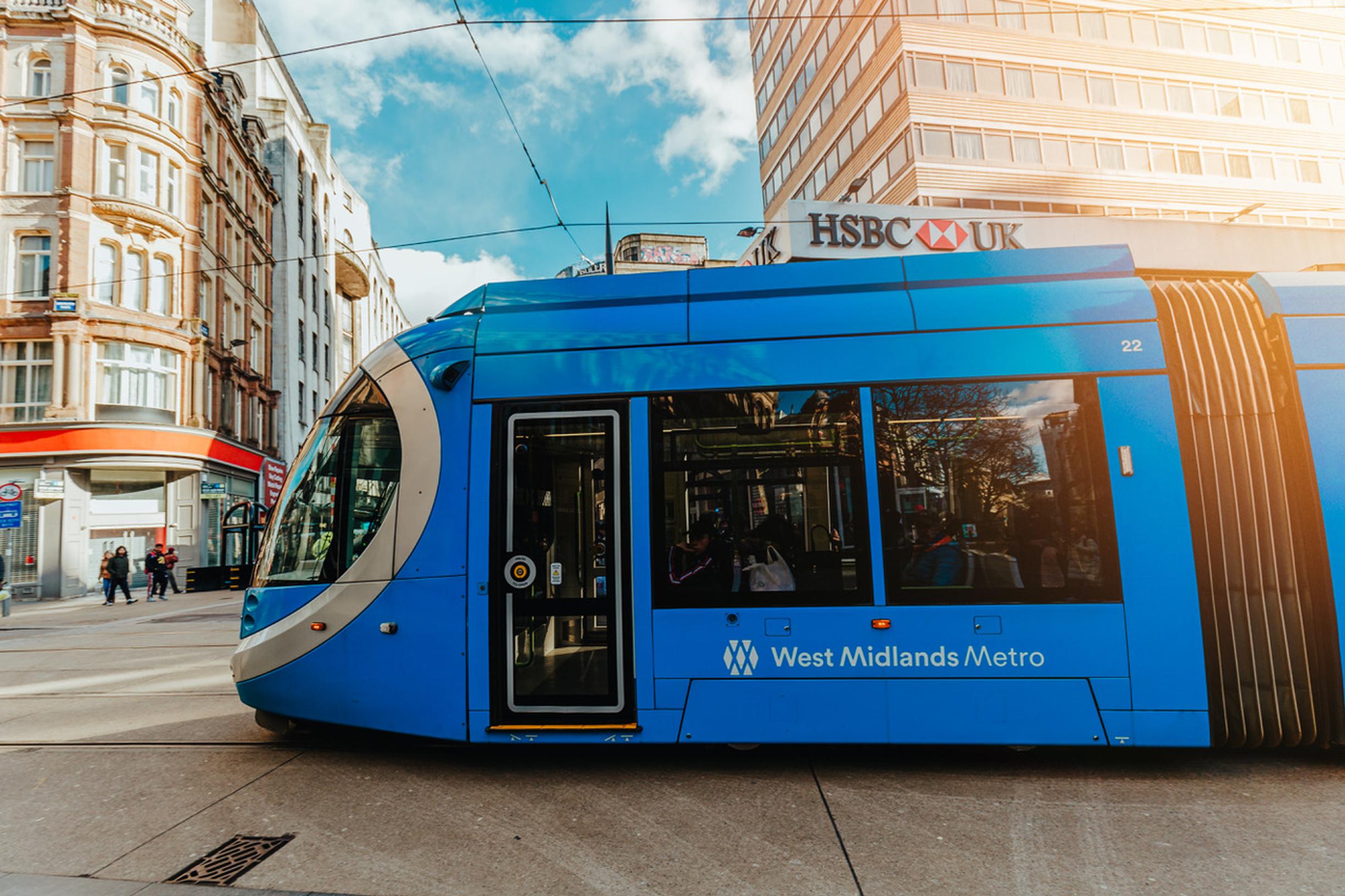 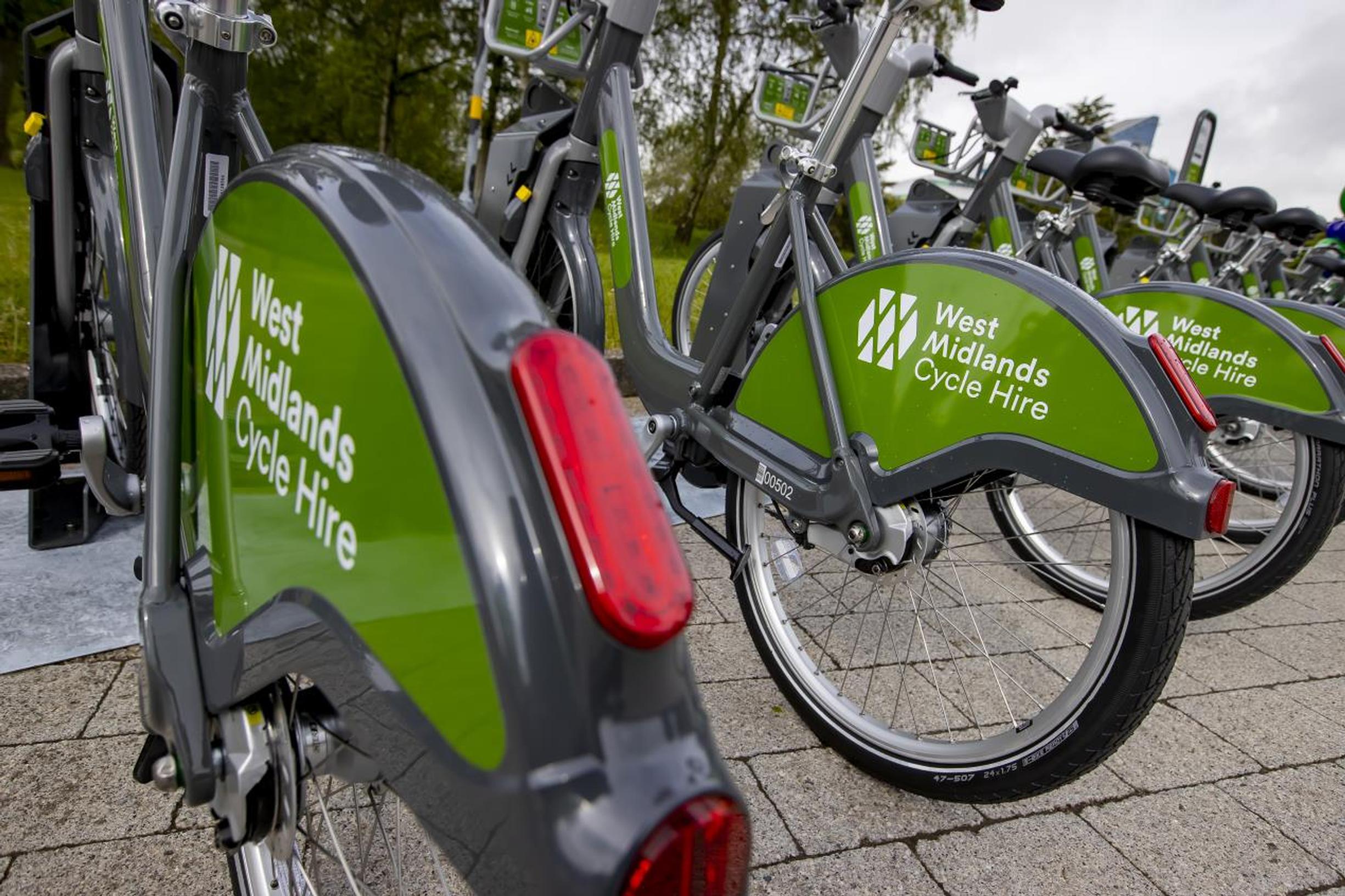 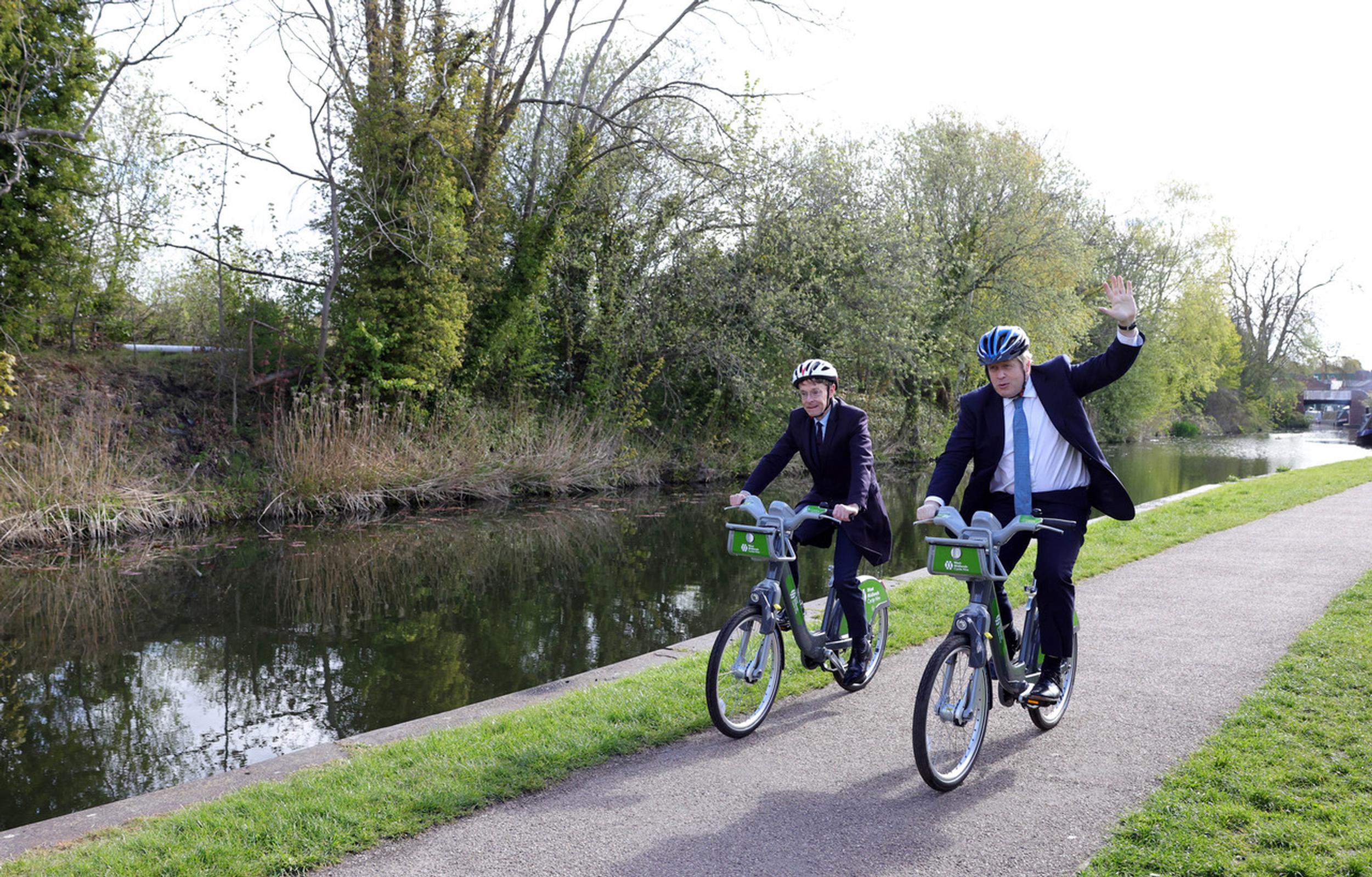 A big part of West Midlands metro mayor Andy Street’s campaign for re-election was his record on transport. During his first term money seemed to be pouring in for much needed projects and, just prior to the Covid-19 pandemic, he had unveiled a long-term £15bn transport plan, proposing a huge expansion of metro and rail services. It seemed that better public transport was starting to persuade people to leave their cars at home and take the bus, train or tram instead.

But where are those plans now with the railways and other public transport suffering major declines? Government advice to avoid public transport, and an apparent switch back to the car by many commuters, was a huge setback for the Conservative mayor, who had been working hard to mastermind the improvements.

“We were beginning to make real progress and we saw the usage of all modes going up and obviously we knew we’d got a lot more investment coming,” he says. While it’s clearly been a terrible blow, Street is expecting a steady rowing back to the trends seen before the pandemic.

We continue to examine bus franchising, but at the moment it is not our intention. We want to build on the enhanced partnership that we have begun to develop

Much of what happens next depends on whether people return to their offices and other places of work. Already several high-profile UK companies have announced plans to close some offices in favour of more a flexible working approach. Despite the trend already seen, Street seems confident that, as far as Birmingham is concerned, workers and therefore public transport users will return.

He says: “The real debate is with the big space users, about whether they’re returning and we see a lot of encouragement I’d say about that. No one is surrendering leases. They might be talking about some form of ‘hybrid’ working to encourage people back, but I think everyone is still saying, yes we will have a base here in the city.”

The pandemic will clearly have a lasting effect on public transport, but nowhere more so than on the railways, where there has been a massive decline in passenger numbers. This turned out to be the final fatal blow to the privatised railway system, with the Government having to step in to support failing business models.

Franchising was already on the way out even before the crisis started. The long-awaited Williams Review was imminent. When it finally arrived (LTT 31 May), it confirmed what most seasoned rail observers already suspected. But for some, the resulting Williams Shapps Review leaves more questions than answers. “I think the polite way to describe it is that it’s there to be coloured in,” Street says.

Previously it had been thought that there would be a form of devolution allowing the bodies like Transport for West Midlands (TfWM) through its rail executive to effectively hold the franchise and, in turn, let a concession to a private operator. With rail patronage growing fast in the West Midlands, prior to the pandemic, there was talk that TfWM would even take the revenue risk, in exchange for more control over the running of the trains.

However, that’s now unlikely to happen, not least because of the drop in patronage. Street says: “This is obviously now ultimately controlled by the Treasury so it’s different.” He is hoping that as part of the direct award process there will be a formal role for the West Midlands Rail Executive (WMRE).

“Local influence can be exercised, just as was the intention when the first West Midlands Trains franchise was set up and that is the only way that local democratic accountability fits into it.”

Regardless of what happens there’s clearly still a lot of investment going on throughout the West Midlands rail network. Most notably, new stations in the black country and in south Birmingham along the Camp Hill line. But will Covid-19 and the lack of passengers mean a reigning in of investment? Street is adamant it won’t. “We have secured all the cash and will go ahead. So, whether that is the Wolverhampton to Walsall line or the Camp Hill line it’s all secure. Tenders have been completed for Camp Hill line diggers will go into the ground by this year we will be running that service hopefully by the end of 2023, as we always said.”

Timescales have always been an issue for a mayor with an initial term of three years. It had been hoped that by now the Camp Hill Stations might have been opened, but planning and other issues have slowed progress down. Street is clearly disappointed that more rapid progress on the new stations hasn’t been made.

But diggers are on the ground in some places. Coventry station is currently in the middle of a major revamp and work on Wolverhampton station is virtually finished. The race is on to finish two other stations before the Commonwealth Games next year.

Construction on University and Perry Barr stations is progressing at a rapid pace. Work there includes a big regeneration of the whole area which takes in the Alexander Stadium, which will host athletics events. The area is also getting the first Sprint bus route. A new bus rapid transit scheme.

There’s debate about whether the upgrades would have happened without the games being awarded to Birmingham. Street says: “University station would eventually have happened even if the Commonwealth Games hadn't been coming, but I think what's happened there is that it's pulled it forward. Perry Barr would never have happened - there was never a business case for that on its own. Would the Sprint routes have happened they probably would have eventually, but again it's brought it forward?”

Gearing up for Sprint

Although it’s now under construction, bringing forward the Sprint bus rapid transit network scheme hasn’t been easy either. There have been complaints about the concept, with some local residents complaining about a loss of parking spaces. There’s also been much debate about the type of bus that will be used. Current plans involved utilisation of a fleet of hydrogen powered buses.

“I’m pleased that actually we moved the debate on a little. Everyone wanted a bus that looked like a tram, but what it’s really about the priority along the road,” says Street. “Where the money is really being spent is on the physical infrastructure, so it can be rapid. I think that when it opens there will be a real welcome for that, as well as the prioritisation and the quality of the infrastructure. Everything from the stops to the ticketing. It will just look like something that’s really fitting for public transport in the city-region.”

Sprint will operate under an enhanced partnership, basically a collaboration between TfWM and the operator National Express West Midlands. For Street it’s an alternative to the much talked about bus franchising model that’s being explored in Greater Manchester. He says: “We continue to examine bus franchising, but at the moment it is not our intention. We want to build on the enhanced partnership that we have begun to develop.”

Some have suggested that the pandemic could have made moving towards a London style bus franchising model much easier. Financial pressure because of Covid-19 has changed things on the railways, so why not the buses? “Yes, the Government has scrapped rail franchising because they were prepared to take the full revenue risk and therefore the capital risk going forward as well,” says Street. “We are not doing that, and I don't think there is anybody here who believes we’re in a position to take that capital and revenue risk fully on as a combined authority.”

So, there will be no bus franchising in the West Midlands, but there’s plenty happening elsewhere. TfWM now runs the West Midlands Metro, which is currently being extended in several places. Under Street’s leadership the metro has been expanded to Centenary Square in Birmingham and will soon go further to Five Ways. A new line linking with the revamped Wolverhampton railway station will also be completed soon.

Work has also started on a route through Birmingham’s Eastside, taking in the proposed Curzon StreetHS2 station and on the long-awaited line to Dudley and Brierley Hill and a scheme that’s often been seen as a barometer on which to judge the success of any politician. After more than 30 years of talking about it the line is finally happening, and Andy Street must be given credit for securing the money. “Dudley hasn't been connected to the main system, so I think the really exciting piece of evidence is that since metro has been confirmed we have seen by working closely with Dudley Council we have seen a number of big investments being committed two all along that route in Dudley.”

Recent projects include the Institute of Technology and the Very Light Rail National Innovation Centre, both of which Street maintains might not have happened had it not been for the metro plans.

There is also an aspiration for the region to become net zero by 2041 and a variety of schemes will help the region meet that target. After one false start the West Midlands now has a London style bicycle hire scheme. Two years ago the first contractor failed to deliver on promises, but a second company has now rolled-out a docking stations and bikes. And by all accounts they’re very popular. Street says: “It’s very encouraging, obviously the next stage in this are electric bikes and hopefully even more bikes as a result of our next active travel funding application.”

Transport is obviously a big part of the metro mayor’s brief and in the case of the West Midlands there’s plenty happening not just now but clearly well into the future. Despite the uncertainties caused by Covid-19 whatever happens Birmingham and the West Midlands will still need a world class transport system and that’s what Andy Street appears to be helping to deliver.