UK must do more to cut road deaths, says PACTS 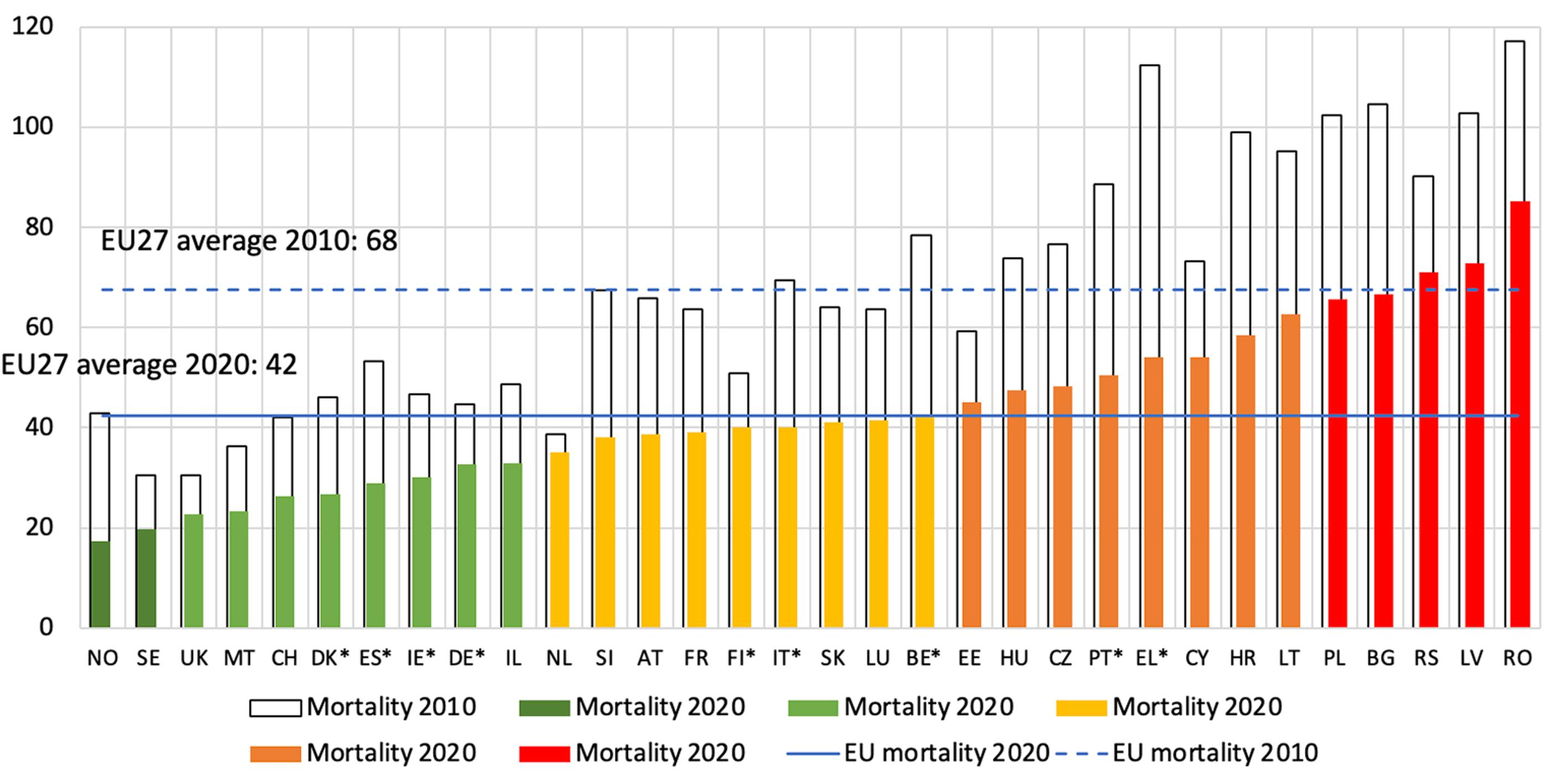 Only four countries in Europe made less progress than the UK in reducing road deaths over the decade 2010 to 2020, reveal new figures from the European Transport Safety Council (ETSC) and the Parliamentary Advisory Council for Transport Safety (PACTS). The new figures show a 20% reduction in the UK over the 10-year period, better than the previously reported estimate of 14% (LTT 28 June). However, this is still below the 37% average across EU states.

Despite this, the UK was the third “safest” country in Europe in 2020, with 23 road deaths per million population, behind Norway (17) and Sweden (20) while EU average was 42.

In the decade 2010-2020, UK road mortality decreased by almost 8 deaths per million people while the EU average reduction was considerably higher at 26.

Greece was named the ETSC Road Safety Performance Index Award with a 54% decrease in road deaths over the decade to 2020.

David Davies, executive director at PACTS, told TransportXtra “Some people look at the figures and say that the UK is too good to improve, or doesn’t need to. PACTS thinks this is not only complacent regarding the 50,000 people killed or seriously injured every year but also intellectually false. In any area, those organisations which are best are usually those most able to improve. Companies in the Footsie 100 stay generally stay there from one year to the next; and the teams at the top of the premiership expect to be there next season. If you want advice on how to do something you go to the best!”

He added: “Norway, already a good performer in 2010, cut road deaths by a staggering 57% and moved from sixth to first for countries with the fewest deaths per million population.”