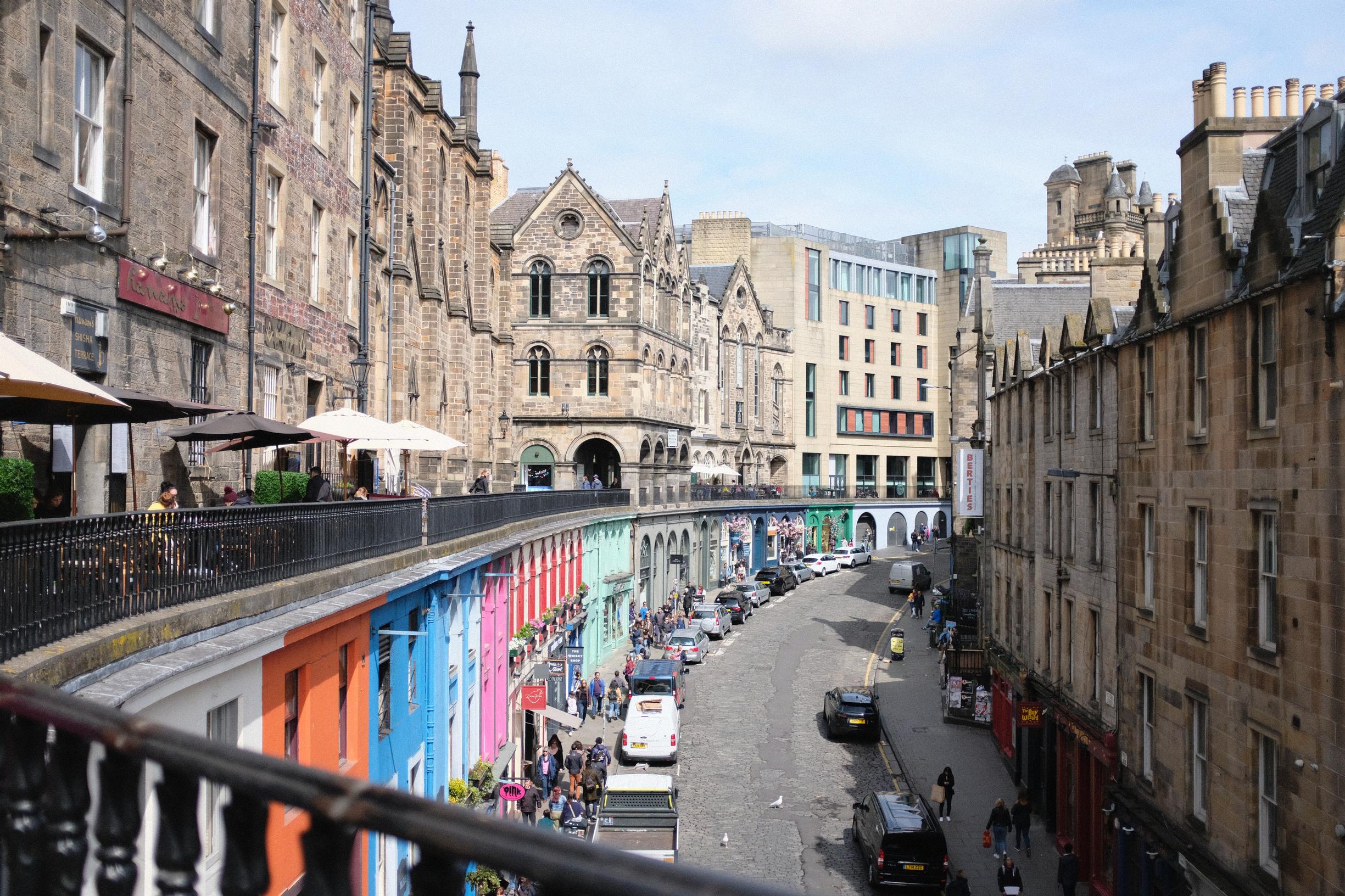 Market research for Edinburgh City Council appears to confirm that the population as a whole is more positive about increasing space for walking and cycling than people who are motivated to take part in consultations or sign petitions.

Edinburgh is retaining measures installed as part of its response to the Covid-19 pandemic and considers that in some cases the schemes’ design and scope have the potential to support the council’s priorities on net zero carbon and wellbeing as well as the City Mobility Plan and other plans. The council aims for the city to achieve net zero carbon emissions by 2030, in part through action to encourage more people to choose active travel and public transport.

A recent survey found that 73% of people across Edinburgh are “very concerned about climate change”. Against that background, the council assessed the city’s existing Spaces for People (SfP) measures to determine whether retention or adaptation would be appropriate beyond the pandemic period.

It commissioned market research as well as holding consultations with residents and businesses. An online petition “against safety measures” had attracted 16,809 signatories, said a report to councillors last week.

“The purpose of the market research was to complement the consultation responses, which are self-selecting, by securing a statistically representative sample of the views of Edinburgh residents,” said the report.

The market research involved 583 respondents and found that more than half the population supported or strongly supported retaining SfP measures in each of five of the six categories: schools measures; protected cycle lanes; shopping streets; city centre; and leisure connections. Only 45% supported retention of “quiet connections”, while 29% opposed and 26 had no opinion.

The results contrasted with responses from around 17,600 individuals via the council’s consultation hub, where there was no majority support for retaining any of the six SfP categories. Most individuals opposed or strongly opposed retention of all categories except schools measures (40% opposed) and city centre (46% opposed).

Opposition was even stronger in the feedback from 179 businesses via the consultation hub. Even the measures to improve walking and cycling to schools should be stripped out, according to 55% of businesses. Retention of SfP measures in shopping streets was opposed by 72% of businesses which responded, and 70% felt SfP protected cycle lanes should be removed.

The council report said: “The consultation response only includes people who were motivated to take part in the consultation. This means that the responses provided are unlikely to be statistically representative of the whole population.

“In previous cases where consultation and market research has been carried out on the same topic, for example 20mph speed limits, a similar pattern was observed, with much higher levels of opposition in consultation results compared with answers to market research.”

The report also noted: “The highest level of opposition [from businesses] is to measures in shopping streets, reflecting significant concerns from businesses over effects of the measures on their viability.”