What’s the use of cycling?

The evidence from Copenhagen and other cycling cities suggests it's a lot easier to get people off buses and onto bikes than it is to get them out of cars, observes David Metz 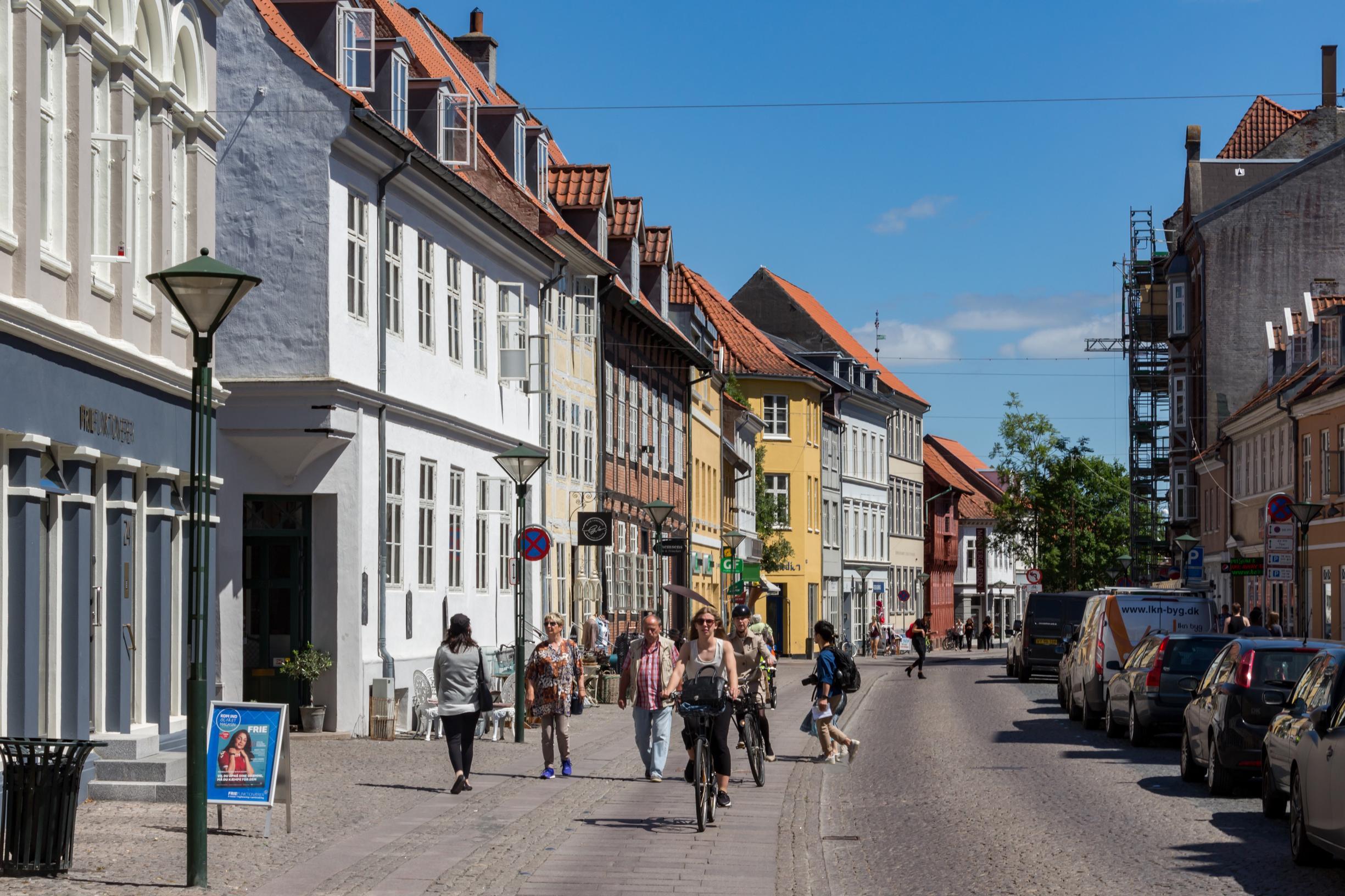 Despite its cycling culture, with 28% of all trips by bike, Copenhagen is only slightly less car-dependent than London

Cycling is widely advocated as a desirable means of travel – healthier, cheaper, more environmentally friendly and barely slower than the car for short-to-medium length trips. The Government seeks a step-change increase in cycling with £2bn new funding, as a cost-effective way of reducing transport carbon emissions.

Certainly, there is substantial scope to increase cycling by investment in better infrastructure. Witness Copenhagen, with its dedicated cycle lanes on all major roads, where 28% of all trips are by bike, compared with 2.5% in London.

So when, at the outset of the pandemic, the Mayor of London announced his ambition to increase cycling tenfold, you could see that this should be possible with the requisite investment. However, when you’re in Copenhagen, you are aware of the considerable amount of general traffic (and viewing Scandi noir crime dramas set in that city, you see very few of the characters using a bike). In fact, with 32% of all trips by car, Copenhagen is only slightly less car-dependent than London with 35%.

From bus to bike

Aside from cycling, the other big difference between these two capital cities is that public transport use in Copenhagen is only half that of London, 19% versus 36% of trips. This indicates that you can get people off the buses onto bikes, but that it is much harder to get them out of their cars, even in a small, flat city with excellent cycling facilities where almost everyone has experience of safe cycling.

Yet we don’t want to diminish the use of buses, which are an efficient means of moving people in urban areas, the diesel engines of which can be replaced by electric or hydrogen propulsion. Fewer bus passengers mean less fare revenue and less frequent services.

Data for other European cities indicate that Amsterdam is similar to Copenhagen, with 32% of trips by bike and 17% by public transport. In marked contrast, both Zurich and Vienna have excellent public transport responsible for 40% of trips, with cycling accounting for only 7-8%. More generally, while the pattern of urban travel reflects both local geography and history, we don’t find cities in developed economies with high mode shares of both cycling and public transport.

In seeking to reduce transport carbon emissions, we should be careful not to underestimate the attractions of the motorcar, which is useful for longer journeys and for shorter trips with less sweat, for carrying people and goods, including child seats and the stuff left permanently in the boot. The car is well-suited for meeting our needs for access to people and places, for door-to-door travel where there is road space to drive without unacceptable congestion delays and the ability to park at both ends of the trip.

In seeking to reduce transport carbon emissions, we should be careful not to underestimate the attractions of the motorcar

But there is more to car ownership than the ability to go from A to B. The growth in popularity of SUVs suggest that there are feel-good factors that motivate purchase of these costly vehicles (it would be interesting to see the findings of the market research carried out by the car manufacturers, regrettably proprietary).

The fact that cars are generally parked for 95% of the time is a good economic argument for car sharing. But conversely, this also indicates the value we place on individual ownership, to have vehicle available when we want it, a vehicle that reflects our personal consumer preferences. Cars are not unique in this respect. My washing machine sits unused more than 95% of the time. I could share with others at the laundrette, but it’s more convenient to have my own.

Car sharing in its various forms is advocated as a means to reduce car use, road traffic congestion and carbon emissions. Sharing has been facilitated by online digital platforms, which have been transformative of many aspects of the economy. For travel, we have the disruptive impact of ride-hailing as exemplified by Uber, and of online booking of trips by rail and air. By contrast, the growth of car sharing has been relatively slow, indicating the development of niche markets, with substantial replacement of private ownership looking unlikely.

Where road capacity limits car use in city centres, both public transport and active travel are attractive alternative modes. Agglomeration economics have led to increased population density in successful cities, which shifts travel away from the car. The growth of higher education in urban centres has contributed to reduced car use by young adults. However, these trends may weaken post-Brexit and post-Covid. And while car use can be impeded in low traffic neighbourhoods in favour of cycling and walking, the aggregate impact may not be great.

We need to be careful to avoid optimism bias when projecting the impact of measures to reduce transport carbon emissions. The models that are used for this purpose are complex and opaque, with many input assumptions and parameters to be specified. Optimism bias arises when modellers make choices, consciously or unconsciously, that tend towards achieving a strategic purpose. Yet optimism bias leads to outcomes that fall short of those that are forecast.

It is now part of the culture of transport planning to foccus on the opportunities for promoting cycling. But caution is needed. When addressing the impact of changing mode share, attention should be paid to the modes from which the shift to cycling is expected. For instance, the well-established Propensity to Cycle Tool (www.pct.bike), which assesses the potential to increase the amount of cycling, assumes that commuters are equally likely to shift to cycling from any prior mode.

However, the evidence from Copenhagen and elsewhere indicates that a shift to cycling from public transport is much more likely than from car use, which would substantially reduce the carbon reduction benefits assumed from boosting cycling.

If optimism bias informs assumptions about mode shift from cars to bikes, or about the scope for car sharing, then disappointment is likely to ensue.

David Metz is an honorary professor at the Centre for Transport Studies UCL. He was formerly the DfT’s chief scientist. www.drivingchange.org.uk