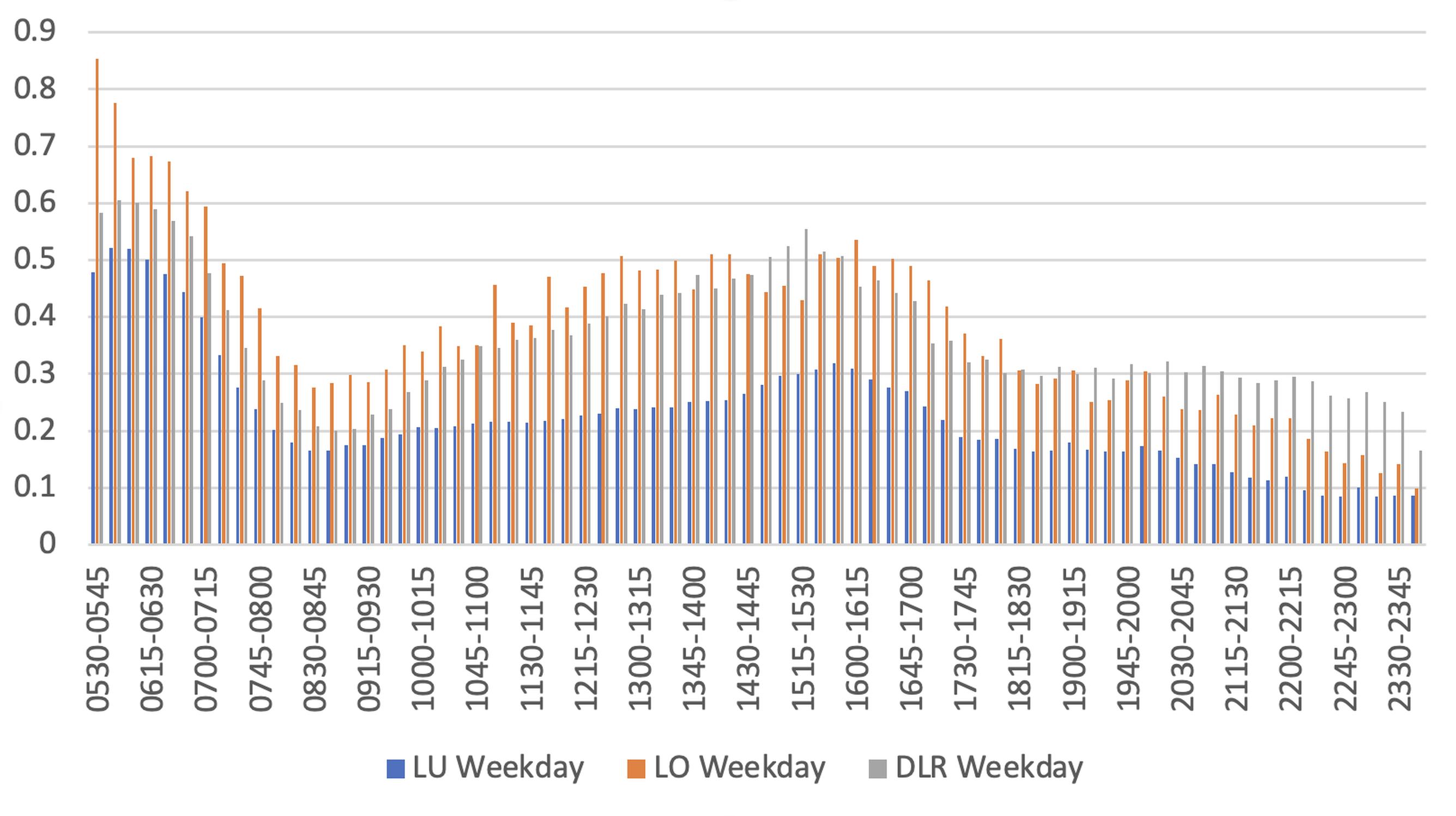 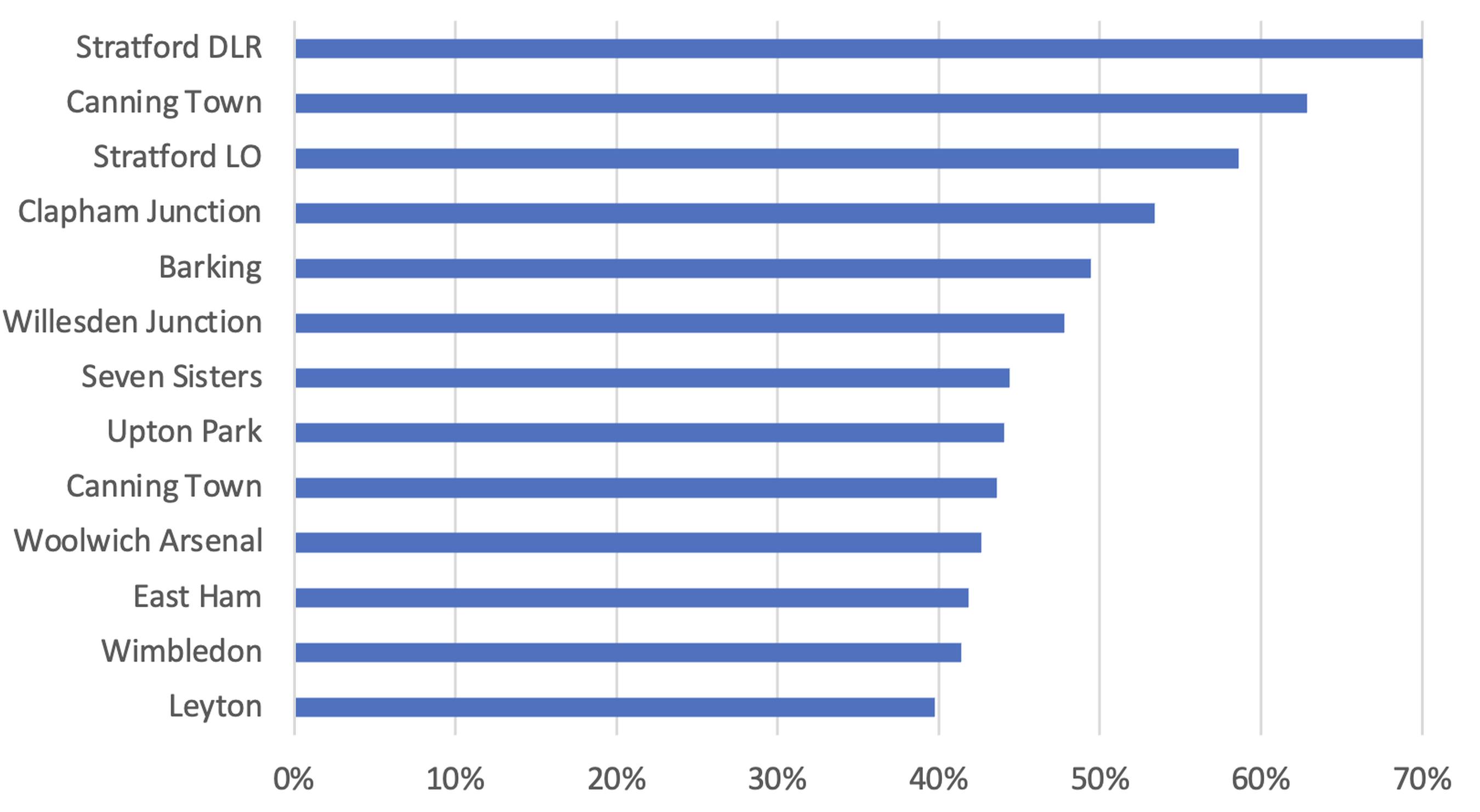 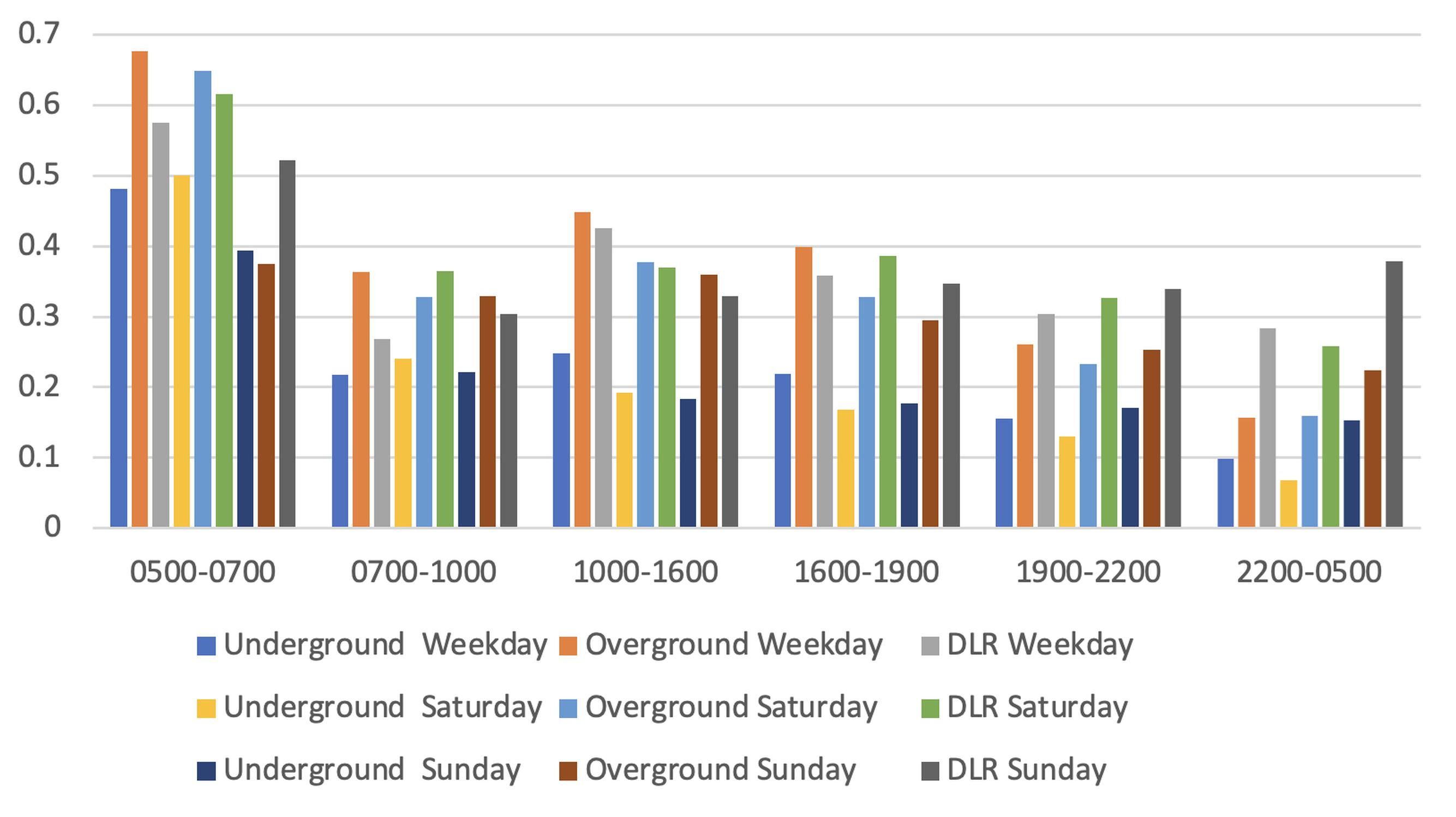 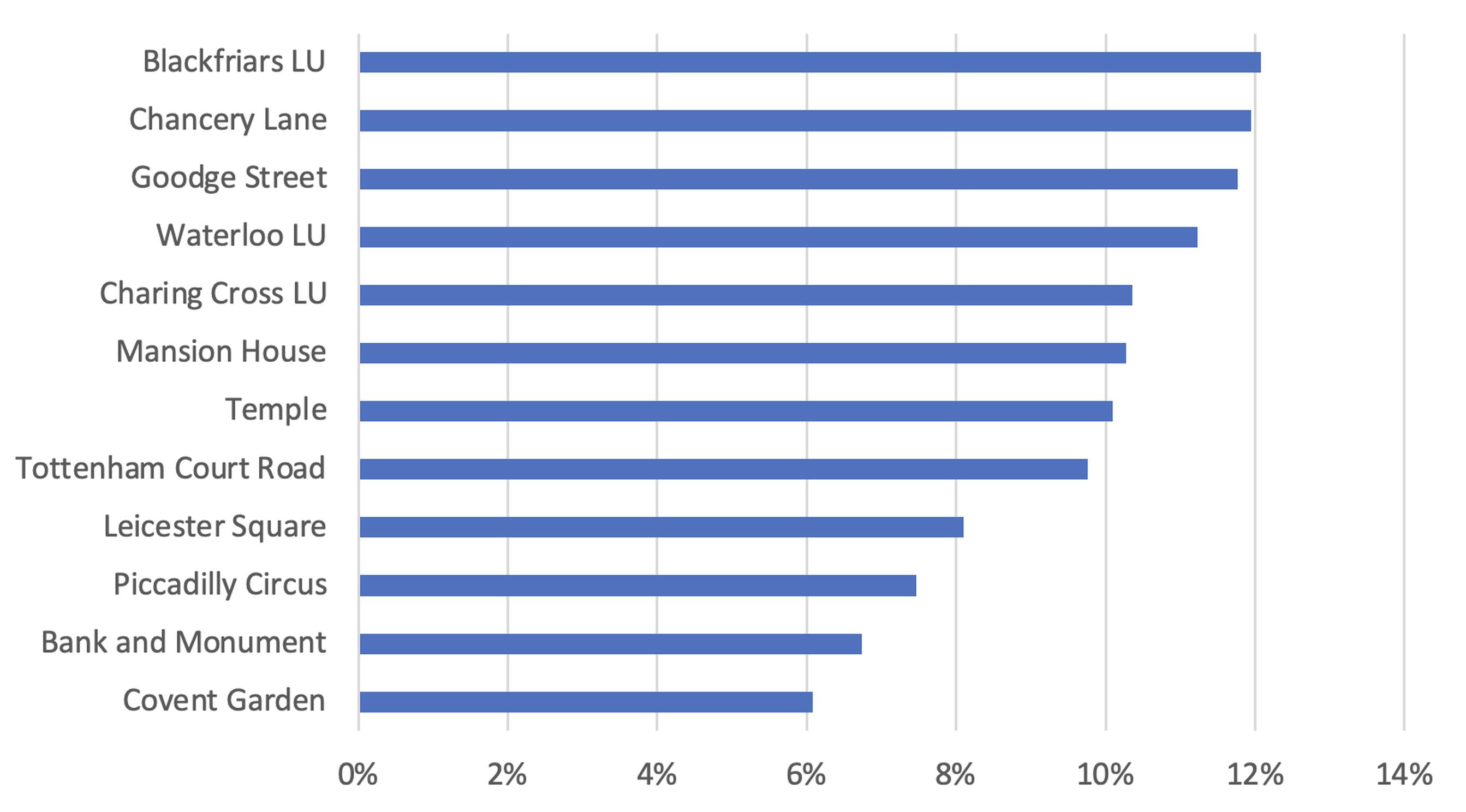 The pandemic has dramatically changed travel patterns in London. Transport for London’s latest annual station counts show not only the massive reduction in rail use overall but also how it has changed by location and time of day. Figure 1 shows the number of entries on to the network in 15-minute intervals from 5.30am to midnight in the Autumn of 2020 compared with Autumn 2019.  London Underground usage, which is dominated by trips into central London, was 23% of normal levels. Meanwhile, London Overground, which provides more of an orbital service around inner London, was at 39% and the Docklands Light Railway, which serves a mixture of the offices of London Docklands and more deprived areas of east London, was at 35%.

Perhaps the most noticeable factor about Figure 1, is that patronage on the network was closest to normal early in the morning. This was due to shift and construction workers continuing to travel to their places of work. Conversely, the closure of the evening economy resulted in the lowest level of patronage, relative to 2019, in the late evening. The traditional morning peak period around 8-9am also saw a very large drop from normal levels (over 80%) highlighting the fact that the majority of office workers were working from home.

The early morning peak was not just a weekday factor, as can be seen in Figure 2. The impact of the loss of leisure passengers highlights some interesting points. For example, Sunday evening patronage holds up better than weekdays or Saturdays implying that a higher proportion of passengers at this time on a Sunday are travelling for work than during the rest of the week.

The stations with the biggest proportionate falls in demand during the week were mainly in London’s West End and the City. Covent Garden saw just 6% of its usual passenger numbers, while instead of the 100,000 plus daily passengers thronging the Bank/Monument interchange, less than 10,000 a day were using it in 2020.

At the other end of the scale, stations in east London and on the London Overground network were seeing passenger numbers of 40% to 70% of normal levels. This highlighted rail’s important role across economic sectors and not just in the central London office market.

The question is, as we come out of the pandemic, is there a need to refocus future investment on improving rail services in outer London where people are more dependent on it to travel to work? This assumes that commuting into central London will decline markedly from pre-pandemic levels as more companies adopt flexible working arrangements.

The same issues apply in other major cities and offers the opportunity to replan rail services on a more standard seven-day a week basis with greater resilience and punctuality.