Phil Goodwin is emeritus professor of transport policy at both the Centre for Transport and Society, University of the West of England, Bristol, and University College London 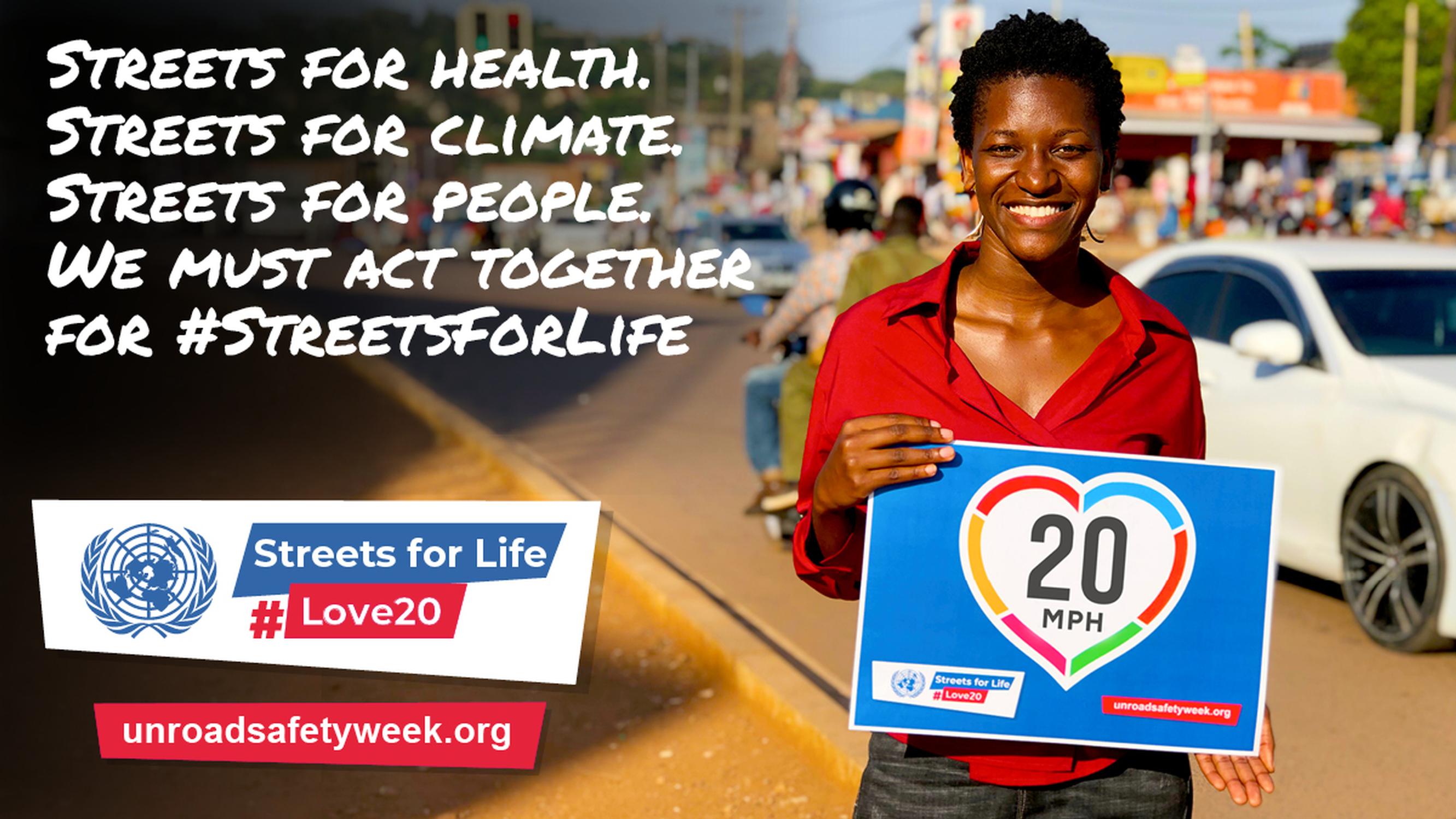 Last August, while the world was wrestling with Covid-19, death, sickness, lockdown, and the most profound changes in lifestyles and economic activities of most people’s lifetimes, the United Nations General Assembly proclaimed that 2021-2030 would be the ‘Decade of Action for Road Safety’. The target was to prevent at least 50% of road traffic deaths and injuries by 2030.

To launch this initiative there is to be a UN Global Road Safety Week from 17-23 May. There are events – mostly online, of course – around the world, including the estimable 20’s Plenty for Us organisation’s own webinar on 20 May, at 2.30pm: details at www.20splenty.org/webinar.

The UN announcement states: “The Week itself will focus on speed management, in particular 30 km/h zones in cities and other areas where pedestrians and cyclists mix with traffic, as key to a safe transport system that protects all who use the roads, prevent road traffic deaths and injuries and facilitates the attainment of many of the Sustainable Development Goals.”

It is not surprising that road safety has been overshadowed by Covid-19 in public and Government attention. As I write this, the world-wide total of deaths from the pandemic is 3.2 million, with confirmed cases over 154 billion, and while our own attention is naturally focussed on the big reduction due to vaccination and lockdown, we need to remind ourselves that for the world as a whole the death toll is still on a rising curve, not a falling one.

A 20mph speed limit for urban areas is now, I think, mainstream. It is the simplest and swiftest way of improving safety for the largest number of people, by a logical change which would also improve the quality of life in other ways

But for comparison, the ‘pandemic’ of deaths of road users has been on a rising trend for most of our lifetimes, with a far greater total toll. By the end of 2018 it had reached 1.35 million a year, and is the leading cause of death for young people aged 5-29, disproportionately affecting pedestrians, cyclists and motorcyclists. Indeed, it was not until October 2020 that the number of Covid-19 deaths exceeded road deaths for the period. The United Nations challenge is that “the price paid for mobility is too high, especially because proven measures exist” to reduce deaths and injuries.

So, the main focus for road safety week here – and globally – will be speed reduction in urban areas. Globally, this is expressed as a target for 30km/hour, expressed in the UK as 20mph, and the brilliant slogan ‘20’s Plenty’. This slogan has four key advantages:

Now what we have to confront, though, is the problem of a vocal resistance from a minority of drivers who feel that their own urgency of time saving is more important, and their louder spokesmen in a variety of organisations claiming to represent the ‘true needs of motorists’ and the ‘interests of the economy’. These are both vocal in public debate, but proper opinion polls – and last week’s election results – support traffic and speed reductions for residential streets.

Local authorities covering a third of the UK population have already said that the national 30mph limit is too high for urban areas. In private behaviour, there is another factor: if speed reductions are stated but not enforced by police action, nor designed into the road by physical measures, nor made easy by vehicle design in which engine performance is focussed on smooth running at higher speeds, then they simply won’t be taken seriously. Public and commercial policies have to be in harmony with the policy objective.

And that raises a bigger problem, that we are seeing now more intensively, I think, than ever before. The absurd growth of SUV vehicles which are utterly unsuitable for urban conditions and do not even fit into the spaces that their owners have for parking them, and the breakdown of enforcement of simple long-established principles of parking control and access of motor vehicles to pavements, has shifted the ‘balance of power’ between people in motor vehicles and the needs of people (even the same people) outside those vehicles. The SUV driving position is so much higher than the non-driving road user that it psychologically encourages a feeling of literal superiority, an illusion of being socially ‘higher’ and more important.

It is important to take this into account, but also to challenge it. Especially, the restrictions on freedom required to reduce the default speed of travel to 20mph are trivial and illusory. In urban conditions, accelerating up to 30mph or 40mph for short stretches between traffic queues or the next red light do not really save time, they only give the impression of doing so.

Smooth traffic flow at 20mph or less reaches your destination just as effectively as stop-start motoring juddering between 40mph and zero. And although this is not the main focus, it also

It is actually a very clever slogan,

I think, ‘20’s Plenty’, because it’s true, and reasonable. Twenty is plenty. It says ‘look, slow down a little. You won’t be worse off. Calm down. We can do this together’. It’s not aggressive – indeed, just the opposite: it is intended to reduce aggression,  and does so very effectively.

A 20mph speed limit for urban areas is now, I think, mainstream. It is the simplest and swiftest way of improving safety for the largest number of people, by a logical change which would also improve the quality of life in other ways.

From this point of view the recent announcement by the Government that it is allowing ‘automated lane keeping system’, ALKS, on motorways is a red herring, taking the focus away from urban and village roads which is where speed is the biggest problem. But it is significant even so that the Government has decided to allow these quasi-autonomous vehicles on motorways only if restricted to a speed of 37mph. (That’s because the appropriate European regulation is expressed as 60kph, which has in this case been translated exactly rather than rounding to 40mph).

But just imagine what this means. A proportion of vehicles calmly proceeding at 37mph, while the others anxiously seek to drive at 70, or more. What is the psychology of that? Would their drivers feel under social pressure to take the wheel and speed up? Would irritated drivers behind start honking at the vanguard technology? Or would the speed-controlled vehicles act as a seed for an overall reduction of speed on motorways also, with consequent improvements in energy, carbon, stress, and – even – safety? Unintended effects are always possible.

I don’t think autonomous vehicles work in towns. But speed governors are a different matter. These could be variable, and implemented by roadside technology, communicating directly with the vehicles, to fit with the different speeds on different roads. Back in the 1990s I suggested a hypothetical system I called VISCOUS – Variable Interactive System for Control of User Speeds – where vehicle speeds would be under driver control only up to the speed limit, and above this controlled externally. This would now be technically feasible and would solve a lot of problems. The politics of it are less clear.

But, meanwhile, let’s go with 20’s Plenty in more traditional ways. The time and place is just right.