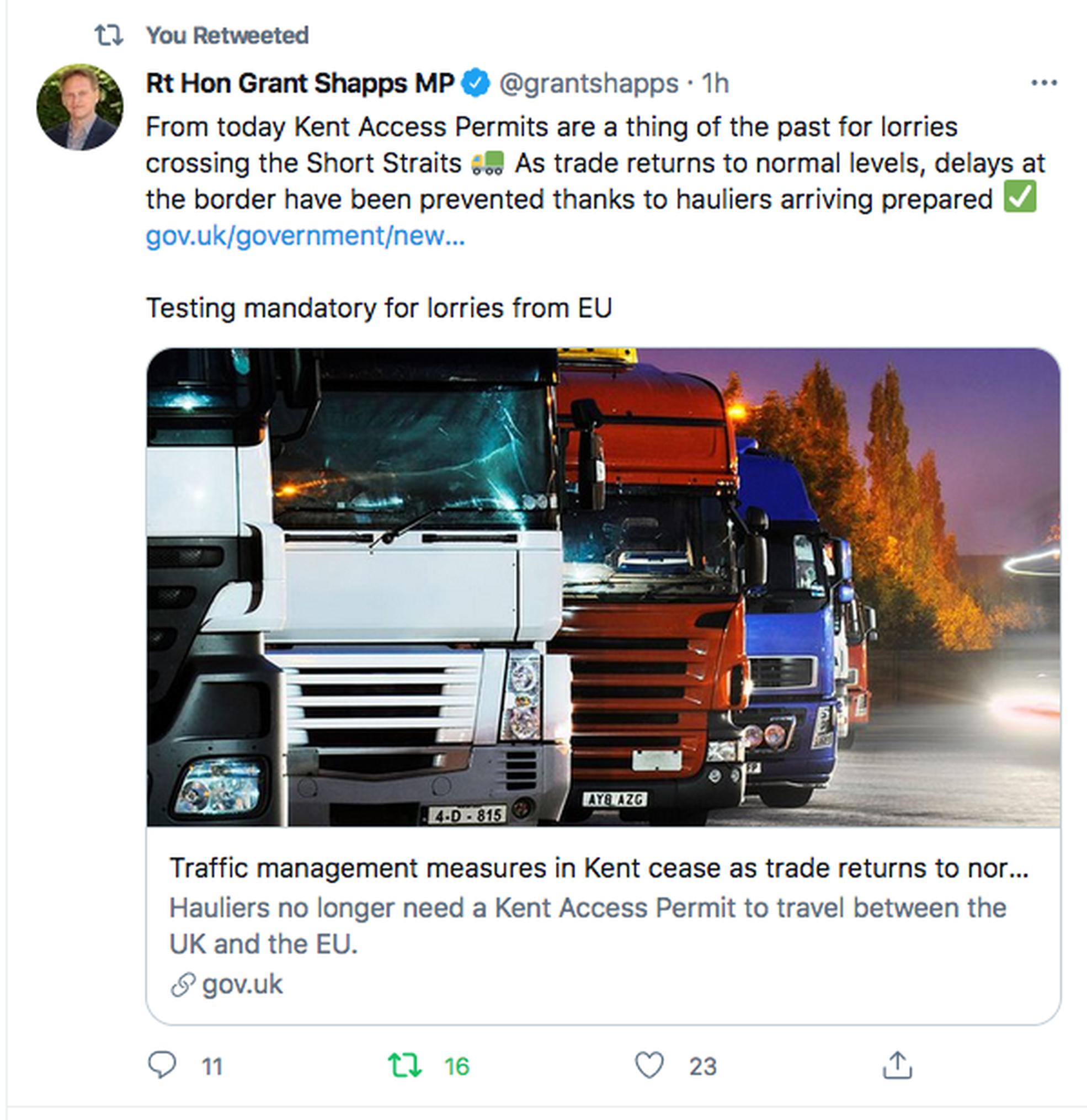 Traffic management measures in Kent will be removed this month as cross-Channel trade appears to be returning to normal levels.

The Kent Access Permit (KAP) and the M20 moveable barrier will be stood down from 20 April, as delays have been prevented thanks to hauliers arriving at the border prepared.

The decision to wind down the traffic management measures comes as freight volumes between the UK and the EU continue to operate at normal levels, with the latest data showing a 46% increase in exports in February.

The Department for Transport said KAPs have been instrumental in avoiding delays at the border, by ensuring that HGV drivers have the correct paperwork before setting off, allowing them to move quickly through the UK’s ports.

The removal of the KAP on 20 April will mean less paperwork for hauliers, making it quicker and easier to cross the border, further supporting the already smooth flow of goods from the UK into Europe.

The Kent Resilience Forum has also announced plans to stand down the moveable barrier on 24 April. Specially designed to allow traffic on the M20 to continue in both directions, the barrier and its contraflow system have been critical in keeping roads open and traffic moving as hauliers adjusted to the new border requirements.

Hauliers will continue to have access to support on border requirements at any one of 46 information and advice sites across the UK, with the busiest sites remaining in place until at least August. So far, the sites have helped prepare more than 200,000 hauliers adjust to new border requirements since first opening in November 2020.

Heidi Skinner, policy manager for the South at Logistics UK, welcomed the announcement: “The government’s decision to abolish the Kent Access Permit is a reflection of the hard work undertaken by logistics businesses across the supply chain to ensure operations are border ready before hauliers embark on travel to the Channel ports. The Check an HGV service has been an effective tool in guiding businesses to the paperwork needed to cross the border.

“Today’s news is positive for the industry and, in conjunction with the deactivation of the M20 Operation Brock contraflow, will support the smooth flow of trade to and from the UK. Logistics UK is now urging government and industry to ensure the entire supply chain is ready for the introduction of further EU-UK border controls from 1 January 2022 to keep trade flowing freely in the months and years to come.”