As demand patterns are predicted to change, industry and stakeholders need to plan and act now to ensure rail stations are positioned as key parts of town centres, high streets and communities writes Juliana O’Rourke 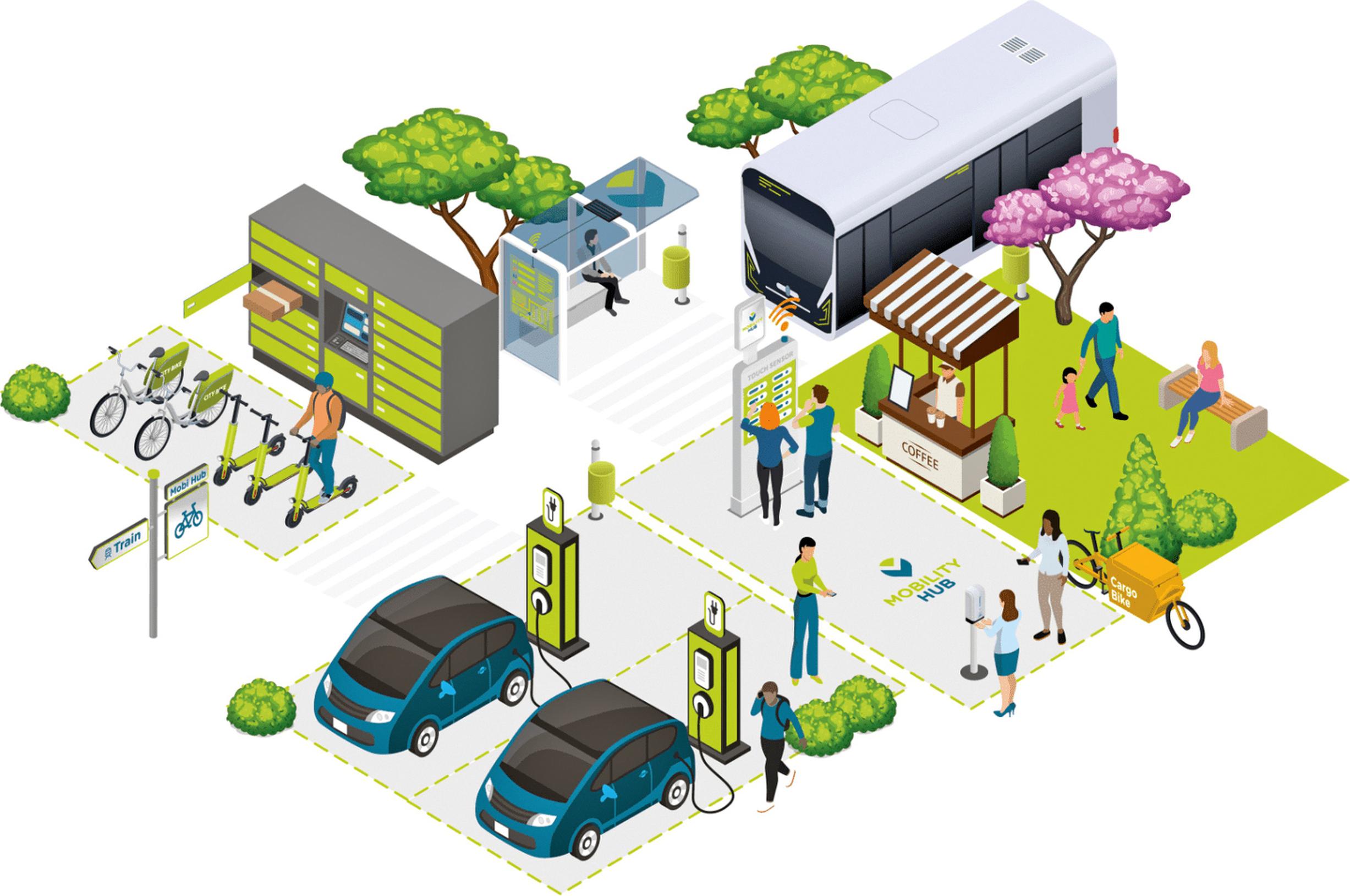 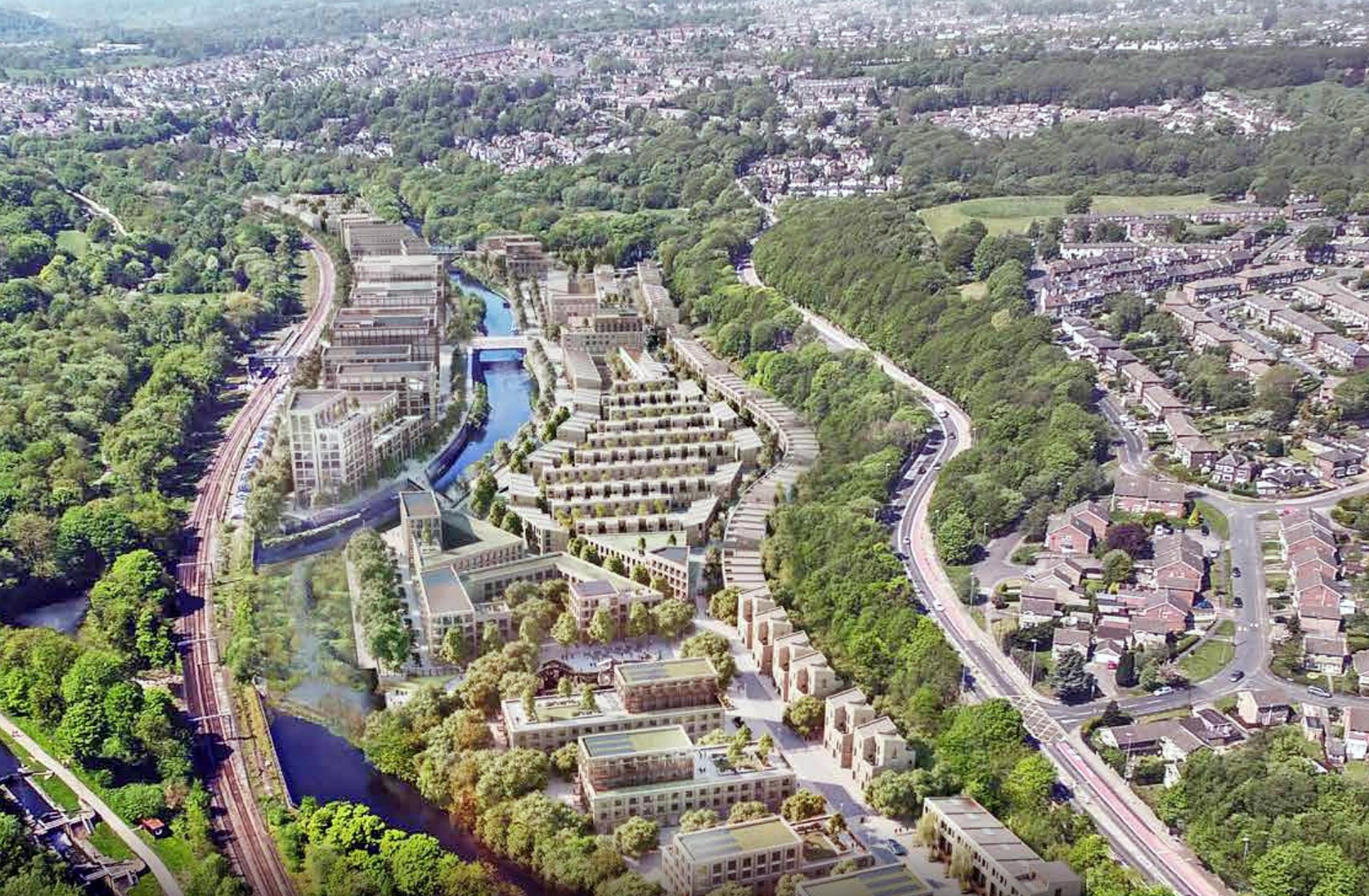 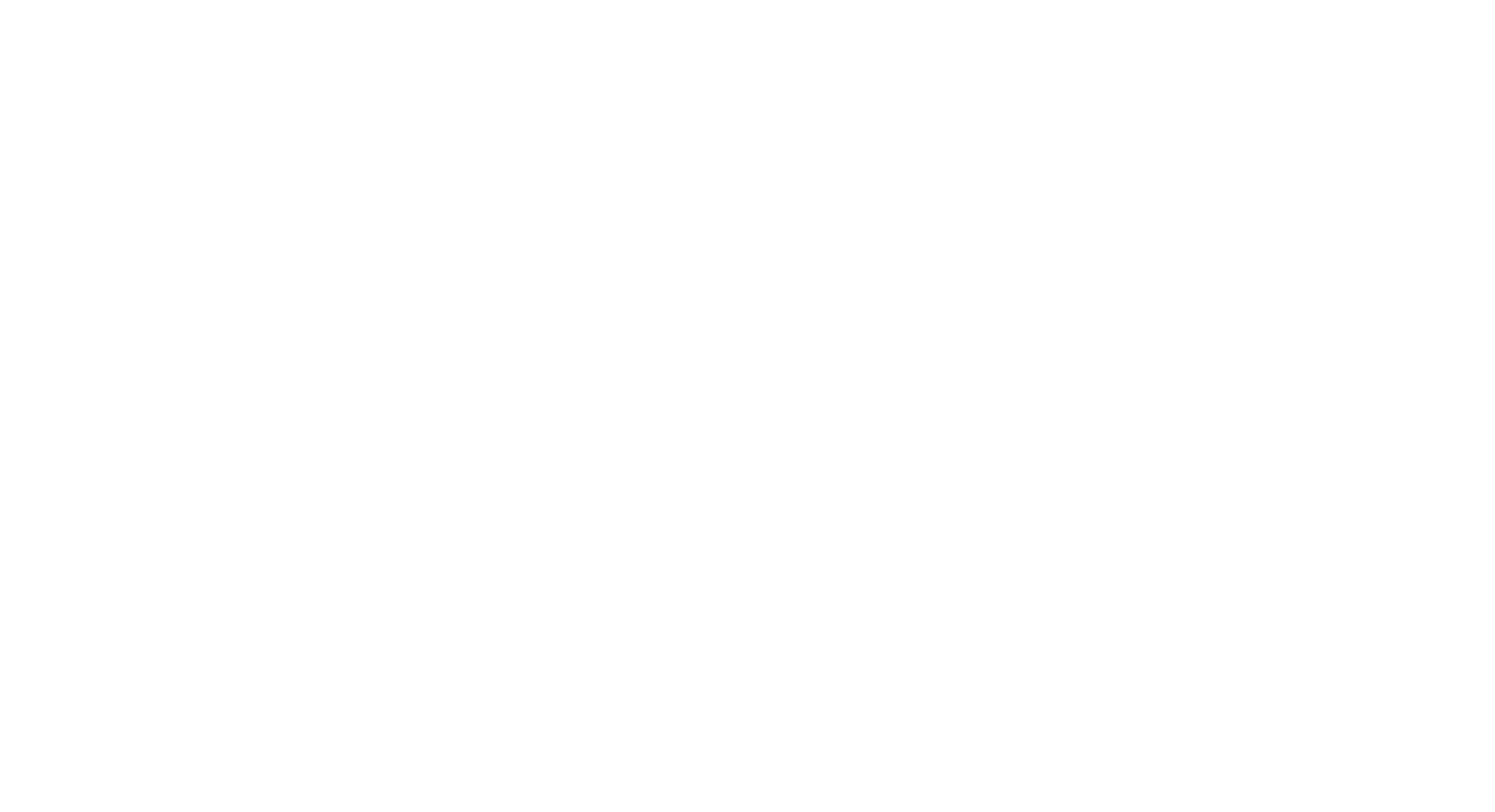 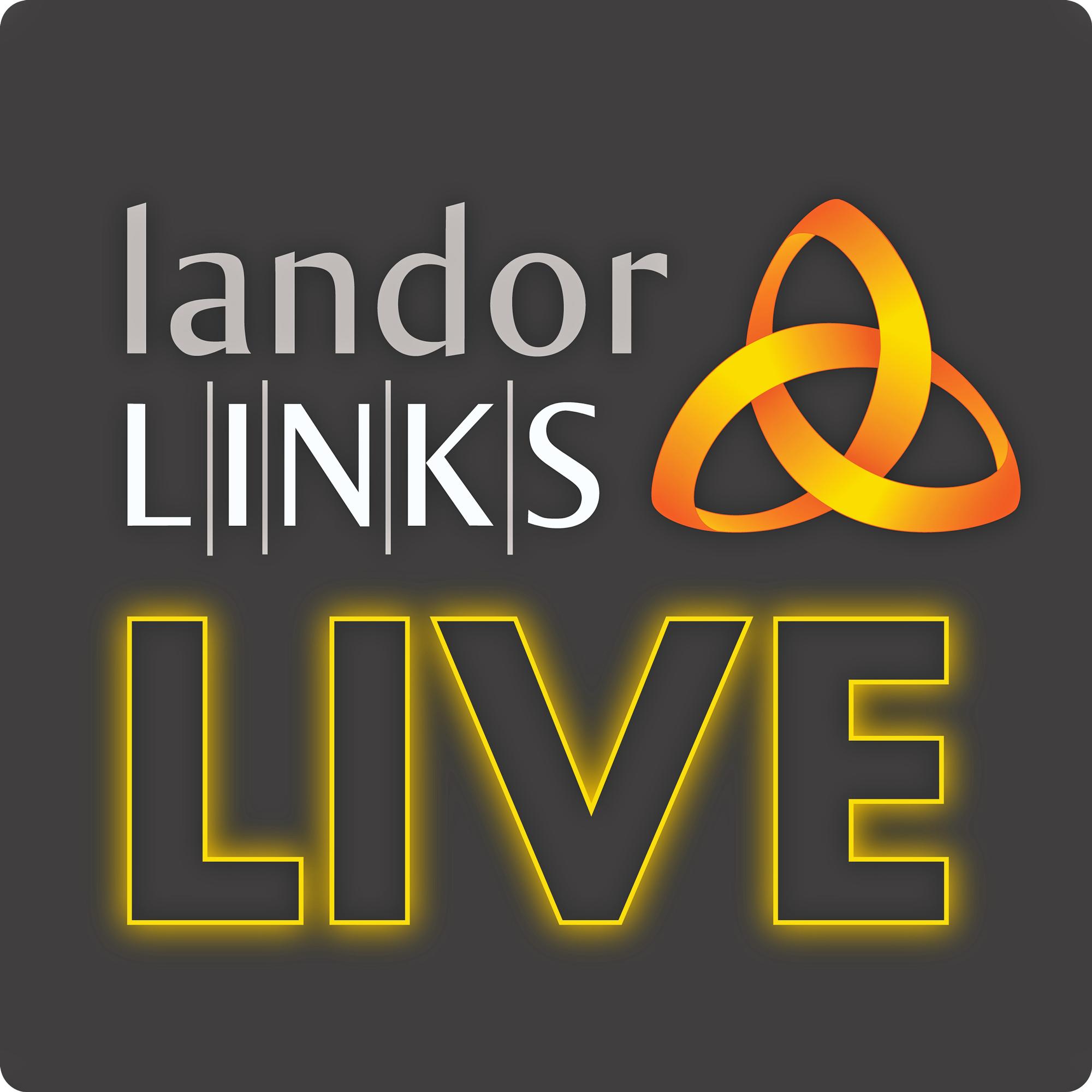 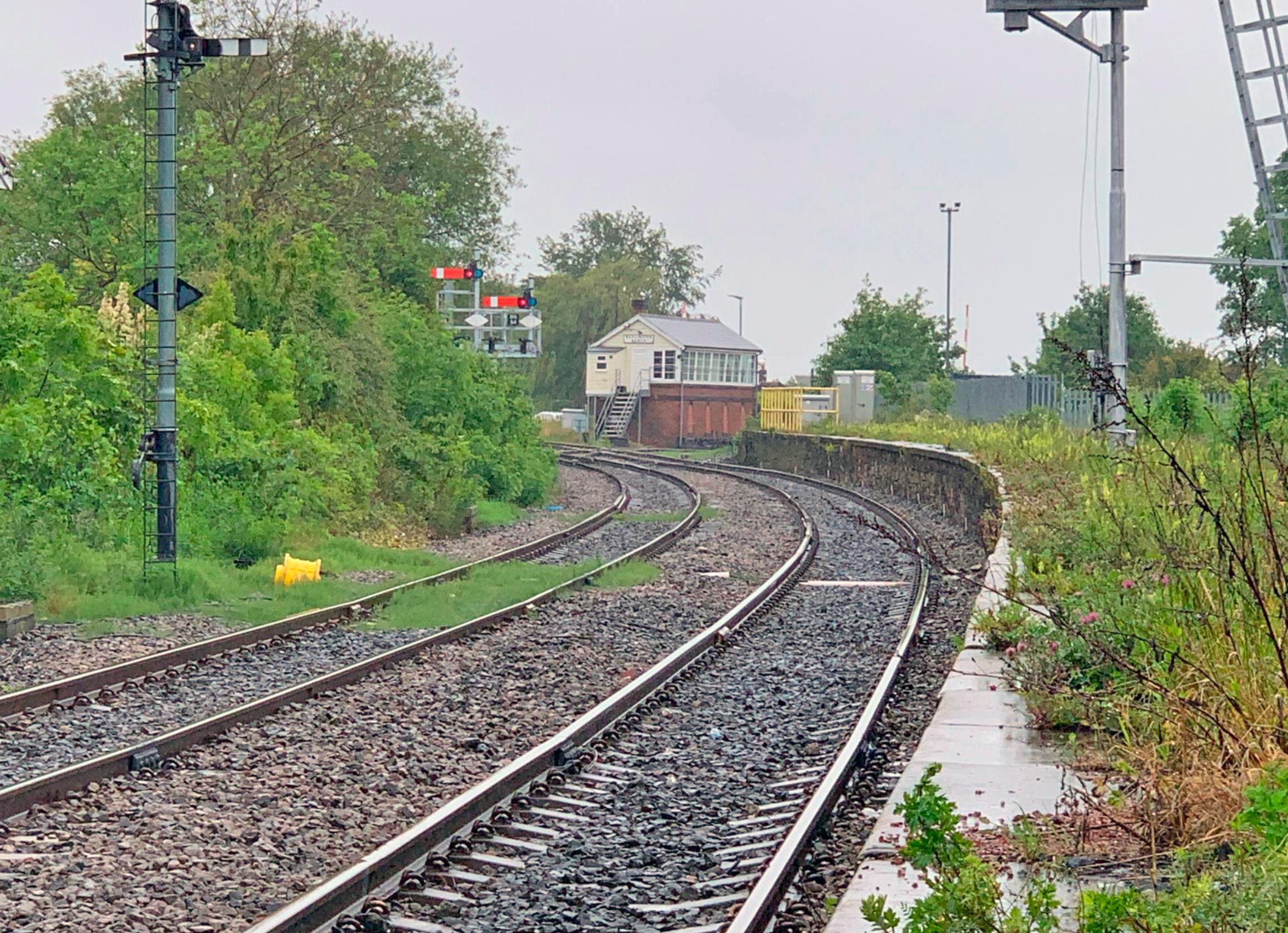 After an uncertain year, 2021 will see many opportunities for rail stations to support the ‘Build Back Better’ agenda by opening new connections and unlocking local development opportunities. But it won’t be easy, says Philip Beer, partner at Burges Salmon, as there is a key industry challenge in encouraging people back to public transport. ‘Over the last 12 months, the mantra has been to only take public transport if it’s absolutely necessary. I think that rail will come back strongly as restrictions are loosened, particularly for leisure journeys, but it will be interesting to see what happens with business travel.

‘I think it’s going to take a while for the business market to pick up again, as people are going to be a lot more selective about the business travel they undertake,’ adds Beer. ‘And that will have a big knock-on effect on the economics of the train operators as the peak travel/commuter market is where operators make money – and when the most footfall passes through stations. Working from home, people moving out of city centres, and the increase in popularity of suburban and peri-urban neighbourhoods are all trends that rail stations need to respond to.’

The pandemic is changing city centres and suburbs alike as citizens eye the space and relative safety of lower density neighbourhoods and easier access to open spaces. Yet suburbs and commuter towns cannot easily expand in response to growing demand unless the planning system enables suburban intensification to be less ‘risky and costly’, says a recent Centre for Cities report.

One of the factors shaping the densification of London’s suburbs, it adds, has been the Public Transport Accessibility Level (PTAL), a measure of how well-connected land is to London’s public transport network. 'PTALs have both made it easier for builders to understand where there is capacity for further suburban development, and ensured that new suburban development has good transport infrastructure. Similarly, Greater Manchester calculates a Greater Manchester Accessibility Level for the same purpose, but no other combined authority does so. Other large cities with complex public transportation networks should calculate similar metrics for their urban areas to inform planning policy and improve the predictability of the system to developers, suggests the report.

One ambition post-Covid should be to respond to the evolving role of infrastructure within communities, be they urban or suburban. Says Anthony Dewar, Professional Head of Buildings and Architecture at Network Rail, speaking of NR’s new partnership with the Design Council: ‘80% of our stations need to be integrated into smaller urban and rural contexts.’ NR’s recent research, rooted in the ThinkStation report and series of community workshops held pre-Covid, envisions stations that value communities, connectivity and stronger placemaking, and ‘we want to make that happen across our portfolio,’ adds Dewar.

Working from home, people moving out of city centres, and the increase in popularity of suburban and

Throughout history, pandemics have had a profound effect on real estate, says Yolande Barnes, Chair of The Bartlett Real Estate Institute at University College London. But where the behavioural changes of Covid make a lasting difference is where they catalyse or accelerate trends and changes that were already happening, she says. ‘New technologies were already enabling changing work and retail patterns, but Covid has accelerated them significantly, and in ways that the real estate industry must not fail to ignore.’

Look for new locations, she advises. ‘Demand has risen for good, green neighbourhoods in towns and cities, including some of the formerly “left behind” places outside the usual commuter belts. The demise of the CBD (central business district) offers scope to re-purpose spaces as new, multi-use neighbourhoods.  Customers, no longer tied to a single workplace, will choose locations around ‘soft hubs’ which emerge between home and the CBD.’

Urban Transport Group’s latest rail report, Action Stations, looks at the potential to achieve greater impacts through devolving more responsibilities for stations, such as delivering common branding with the rest of the local public transport network through to ensuring plans and funding for stations is integrated with wider plans around housing, economic development and decarbonisation. Says Stephen Joseph, transport policy consultant and advisor to the Rail Devolution Network, who co-authored the report, said: ‘Stations are more than simply the places where trains stop, they also help to define those places – acting as attractive gateways which celebrate and reflect history, becoming a focus for commercial and community activities, and even spurring housing developments and wider regeneration.

‘The need to deliver these types of benefits is more urgent than ever in the wake of the Covid crisis. As the custodians of place, local, regional and devolved administrations recognise what stations can do for local communities and economies both now and in the future. Their active role in station projects - whether renovating older stations or building news ones - and the benefits this brings, further strengthens the case for greater devolution of our railways.’

Stations are more than simply the places where trains stop, they also help to define those places – acting as attractive gateways which celebrate and reflect history, becoming a focus for commercial and community activities, and even spurring housing developments and wider regeneration

Government policy seems on target in this respect, with packages of funding and investment currently on the table including a £70m National Stations Improvement Programme for 200 medium-sized stations, a programme of innovative design thinking for small and medium-sized stations led by Network Rail and the Design Council, a £4 billion Levelling Up Fund aimed at improving rail connectivity to northern towns and cities, a New Stations Fund delivering real-time information, clearer way-finding, better waiting areas and unlocking access to housing, the Restoring Your Railway Fund which is re-opening closed railway lines and stations as a toolkit for town transformations, and an Access for All programme making £300m available to improve station accessibility until 2024. This policy agenda suggests that smaller stations have high priority –  if all goes according to plan – and that station-led residential development programmes, like those of Transport for London’s, are finally beginning to make UK ‘Transit Oriented Development’  a reality. Despite the challenges, the goal for TOD remains the same: to strike a balance between density, open spaces, and connectivity with proximity to mixed-use services and amenities.

But there may be a reckoning for major hub stations such as Birmingham New Street and St Pancras, notes Beer. During Covid, many so-called non-essential services such as coffee bars, pubs, restaurants, newsagents and clothes shops – traditionally the lifeblood of rail retail – have been closed. ‘There will be a rebalancing of station supply and demand. We must take a long-term view, as we don't really know yet what ‘normal’ is going to look like. Planning for something new is difficult at the moment, beyond the fact that we need to look at the bigger picture: net zero, climate targets and decarbonising transport.

‘The offer must suit the area,’ he adds. ‘A suburban rail station is attractive to people who use it for both business and leisure travel, so we need to design in facilities that work for all customers. Perhaps this will mean making stations more like town centre hubs, which is already happening in places like Stevenage and Tunbridge Wells. They have become all-week and all-day destinations, and we need to reply with diversity in our thinking.’

‘We believe our method for LVC will be a game-changer for public transport investment. There are a significant number of rail projects, both heavy and light, around the UK that transport authorities want to deliver for local social and economic reasons. Funding for many of them has historically been constrained, and this will be exacerbated in the future, due to the unexpected government spending related to the Covid-19 pandemic and the consequential detrimental impact on the economic outlook. This constraint is contradictory, however, since after the pandemic, the delivery of infrastructure will be a critical building block to economic recovery.’

While the drop-off in rail travel over the past year has been spectacular, reports of the death of rail and rail stations are greatly exaggerated, says Beer.  ‘Without public transport, our aims to hit our decarbonisation and net zero targets will be hard to achieve.  Once it is safe to do so, there needs to be a concerted effort by the rail industry and government bodies to get people travelling on public transport once again.  The industry and stakeholders also need to ensure that rail stations are considered as key parts of town centres and high streets – so that they can adapt for their mutual success over the coming years.’