Road safety leadership missing in action. Ten years of no targets and no progress 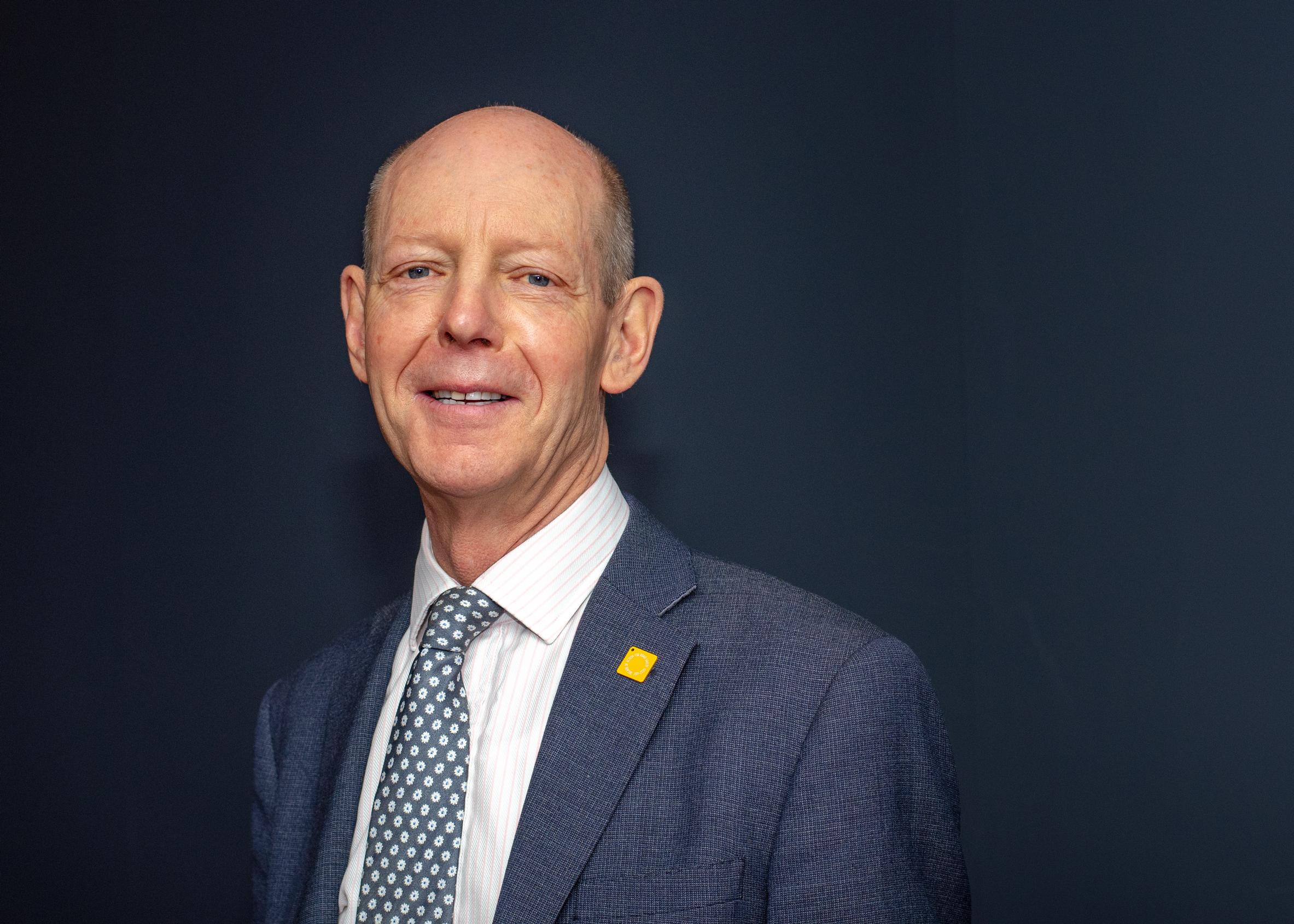 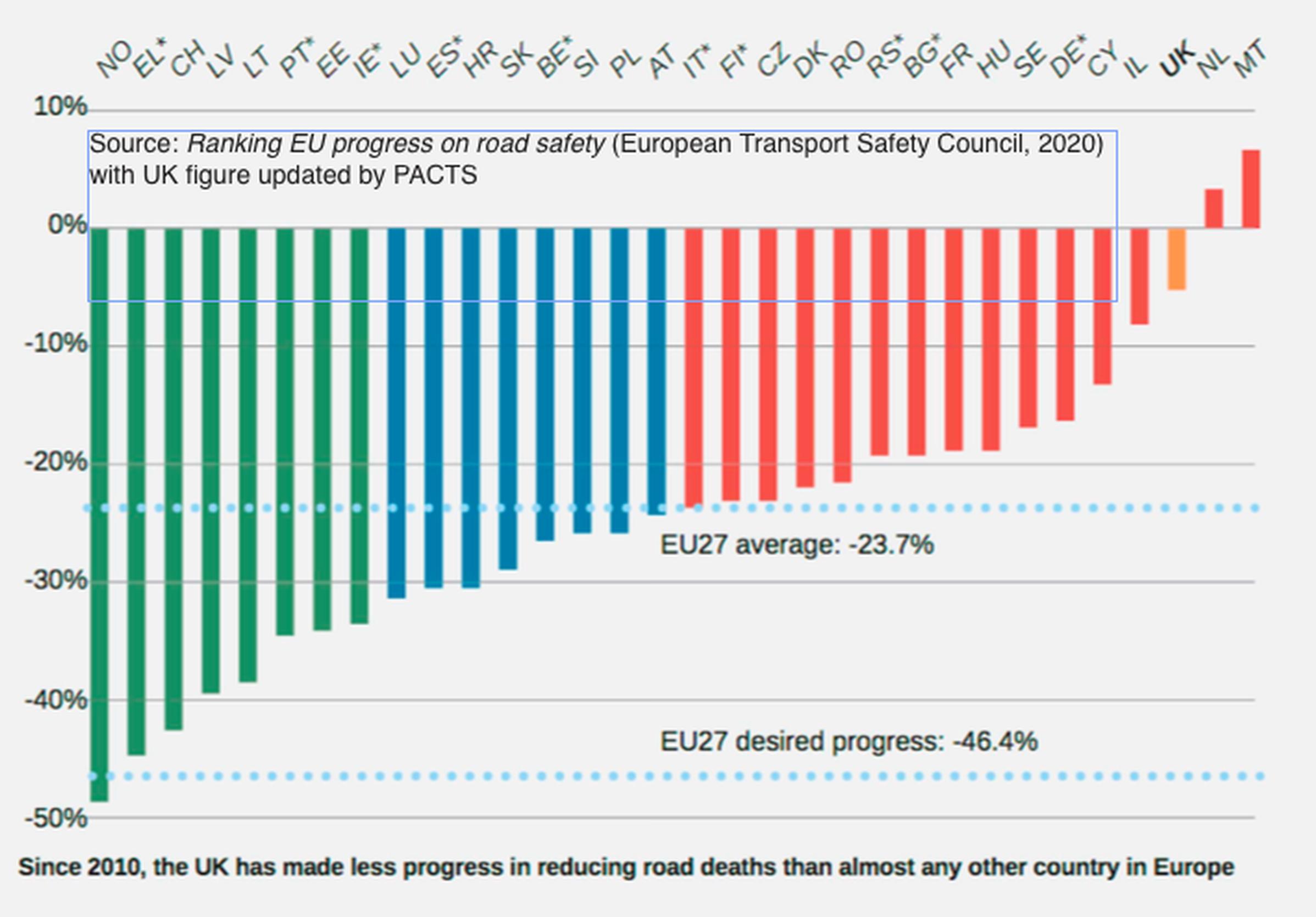 Thirty million people to be vaccinated by April. Zero net carbon by 2050. 300,000 new homes a year. The UK Government is not afraid of targets. Nor is it afraid of ambition: ‘moon-shots’ and ‘world-beating’ are now part of its lexicon.

So why is it so reluctant to adopt targets to reduce road deaths? After ten years of no targets and no progress, surely now is time for a reset?

For almost three decades (1983-2010), the UK Government set ambitious casualty reduction targets. The targets were seen as fundamental to the substantial reductions in death and injury that followed. Other countries followed our example. But in 2010 this changed: targets were abandoned and Westminster governments ever since have ducked the issue, paying no heed to the EU target to halve road deaths by 2020, which they endorsed in 2011.

Currently sitting on the laptop of a DfT official is a report from WSP and Loughborough University on the value of road safety targets, a report the DfT commissioned. It may say that targets do not guarantee outcomes. True – there is no simple dose : response. But it will be very surprising if it does not say, with absolute clarity, that the overwhelming view of those involved in trying to make our streets safer and reduce casualties is that national targets are desperately needed – indeed, it is the single most important policy decision that the UK Government could take to reduce road deaths and injuries.

This time last year, the road safety minister was speaking at the World Health Organisation’s Road Safety 2020 conference in Stockholm (when international conferences were in person and not Zoom meetings, and we had only vague knowledge of a virus in Wuhan). The Government supported the global target of “50 by 30” in the UN road safety declaration (meaning a 50 per cent cut in road traffic deaths and injuries by 2030). At home, it set a new casualty reduction target for Highways England. The governments and administrations in Scotland, Wales, Northern Ireland, London and elsewhere have adopted targets for their areas. The missing but vital piece of the jigsaw is a target for the UK.

Why then is this Government so deaf to this call?

Is it fear of upsetting the motoring lobby? Mainstream motoring groups, including the RAC and AA, are supportive of targets. The push for autonomous vehicles, electric vehicles and possibly road pricing are surely bigger irritations for the small yet noisy minority.

Is it opposition to the nanny state? Post-Covid, surely that no longer applies. The PM now accepts the need to tackle obesity and poor nutrition. His spin-doctors publicise his latest diet and daily exercise.

Is it concern about failing to meet the targets? Unlikely. This Government has endorsed some extremely ambitious targets and recognises that the value of targets is in setting direction and galvanising action, and not about precisely achieving them.

Perhaps all these things play some part. But there is an additional factor – an intellectual failure. Governments have convinced themselves that we have a good record and road safety is “done”. Every minister’s road safety speech starts with the line “The UK has some of the safest roads in the world.” This is often followed by the comment that the low-hanging fruit has been picked and it is now too hard to make progress.

More insidious is a notion that road “accidents” are the fault of the individual and the answer is to persuade road users, especially the young, the old and the vulnerable, to be more careful. This is like blaming Covid deaths on the individual and absolving the government of responsibility.

It is also a failure to recognise that safety is a crucial element of other agendas – active travel, public health, air quality, decarbonisation, justice and more.

There is so much that could and should be done – safer vehicles, safer roads, better regulation, and encouraging use of safer modes. The UK has the expertise. There are tremendous opportunities to exploit new technologies, to support exports and ‘global Britain’. There is also widespread support for more action, from Police & Crime Commissioners to local authorities, motoring organisations, cyclists and others.

The Government’s Road Safety Statement 2019 has a two-year action plan. The two years will soon be up and it is time for renewal. Simple but ambitious road casualty targets, preferably in line with the global targets that the Government supports, should be the cornerstone of the new strategy.

If the UK wants to be taken seriously as a leader in road safety, it must stop resting on its laurels, taking credit for casualty reductions that happened in previous decades, and recognise its recent poor performance.

Targets alone do not guarantee outcomes – they need to be backed by commitment, plans and resources – but without them we face another decade in which some 1,800 people will die and 30,000 will be seriously injured each year on our roads.