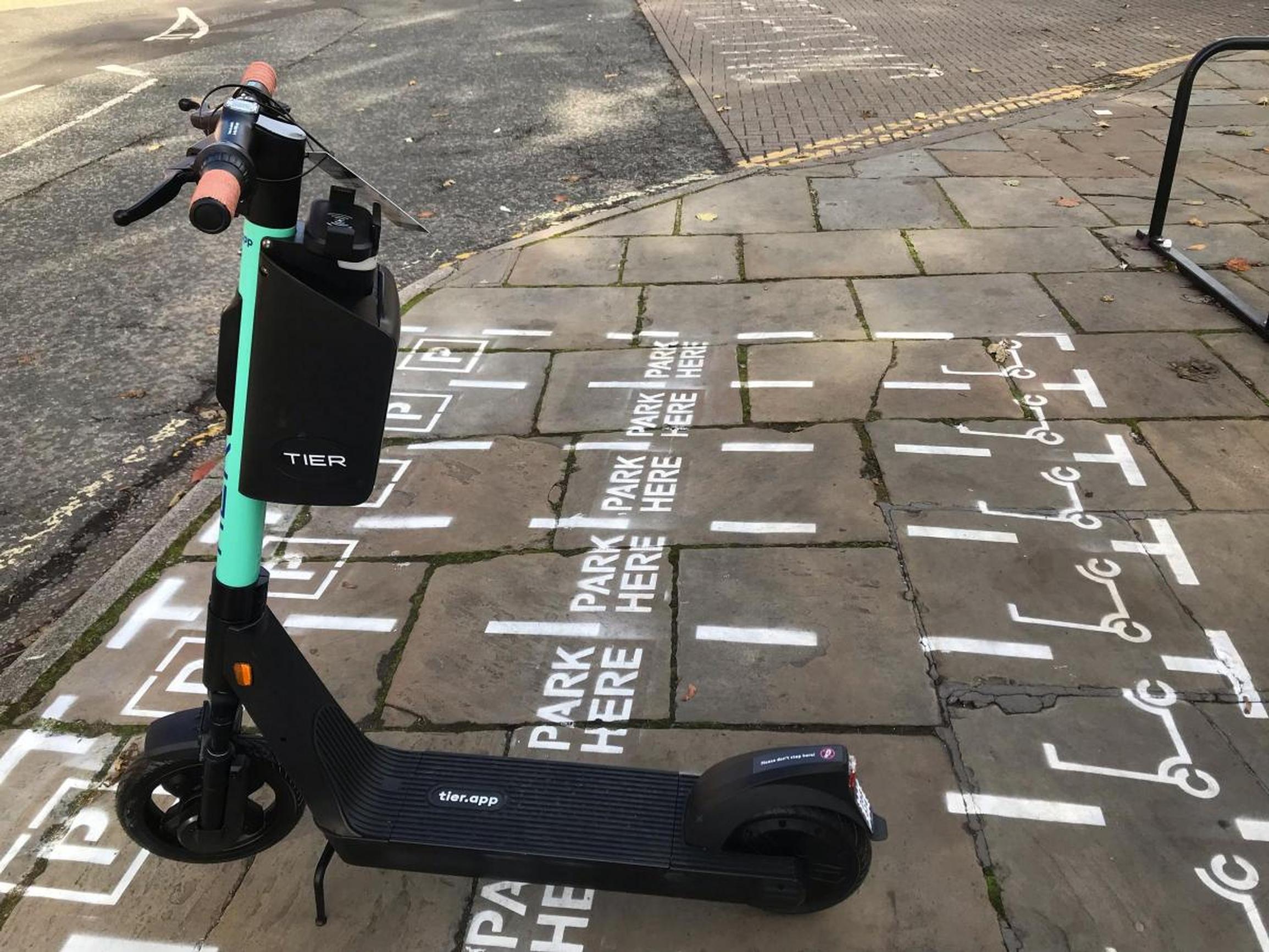 A number of sight loss charities, including the Thomas Pocklington Trust, a UK charity for blind and partially sighted people (TPT), have produced guidance for both local authorities considering hosting e-scooter trials and e-scooter operators.

Says TPT: 'We have produced this advice to help local authorities consider how they might act to make these schemes more accessible. However, we remain concerned that even with these mitigations, these vehicles will still be likely to impact negatively on pedestrians.'

German micromobility firm TIER Mobility, which was selected by the City of York for its year-long e-scooter trial, plans to fit its e-scooters with artificial warning sounds to alert blind and partially sighted people of their approach. Last month York City Council announced it was working with TIER to deploy 50 e-scooters across the city in the new year – with the potential for 600 to be up and running by May 2021.

TIER is one of the first operators to partner with the Thomas Pocklington Trust, and will incorporate research from the organisation to design and roll out the new feature across its UK fleet in 2021.

Fred Jones, TIER’s UK General Manager, said: 'E-scooters offer lots of benefits to UK cities, but they must be introduced in a considered way, working in harmony with local communities and accounting for the concerns of people with visual impairment.

'Rather than just paying lip service to visually impaired people, we want to work with them to deliver real action to address their concerns, so we are thrilled to be working with Thomas Pocklington Trust to design and roll out a sound alert across our vehicles next year.'

The firm currently operates in over 60 cities across nine countries.

As the popularity of e-scooters has exploded in recent years, significant concerns have been raised about the safety of the devices, both for riders and pedestrians. E-scooters are not permitted to use the pavement in UK trials.

A recent study by the US-based Insurance Institute for Highway Safety (IIHS) found that most e-scooter injuries occur on pavements and happen to inexperienced users, with a survey of 103 injured e-scooter riders at a Washington D.C hospital revealing 40 percent of those injured had been taking their first ride on an e-scooter.

In July the UK government launched e-scooter trials in select locations around the country, but issues quickly arose in some cities, with Coventry suspending its trial days after its introduction after users were seen mounting pavements and riding scooters in pedestrianised areas.

A week into an e-scooter trial in Teesside, two riders were stopped by police after they were caught using the devices on a busy dual carriageway.

Some e-scooter providers rely on geofencing technology to combat their use in restricted areas, though the time-lag in disabling devices when they leave a permitted area – which can be up to 30 seconds – means this isn’t always effective.

In October, American firm Superpedestrian claimed to have designed an inbuilt sensor-based geofenced system on its LINK e-scooters which ensures riders cannot use them within a second of leaving an authorised zone.

The company, founded by urban transport experts at the Massachusetts Institute of Technology, has received approval to operate in the UK from the Department for Transport (DfT) and is currently in talks with local authorities in London regarding upcoming e-scooter trials.