School Streets are a welcome development, but they focus mostly on primary schools. Measures are urgently needed to make it safe for secondary school students to cycle to school, writes Lucy Marstrand, walking and cycling lead at Project Centre 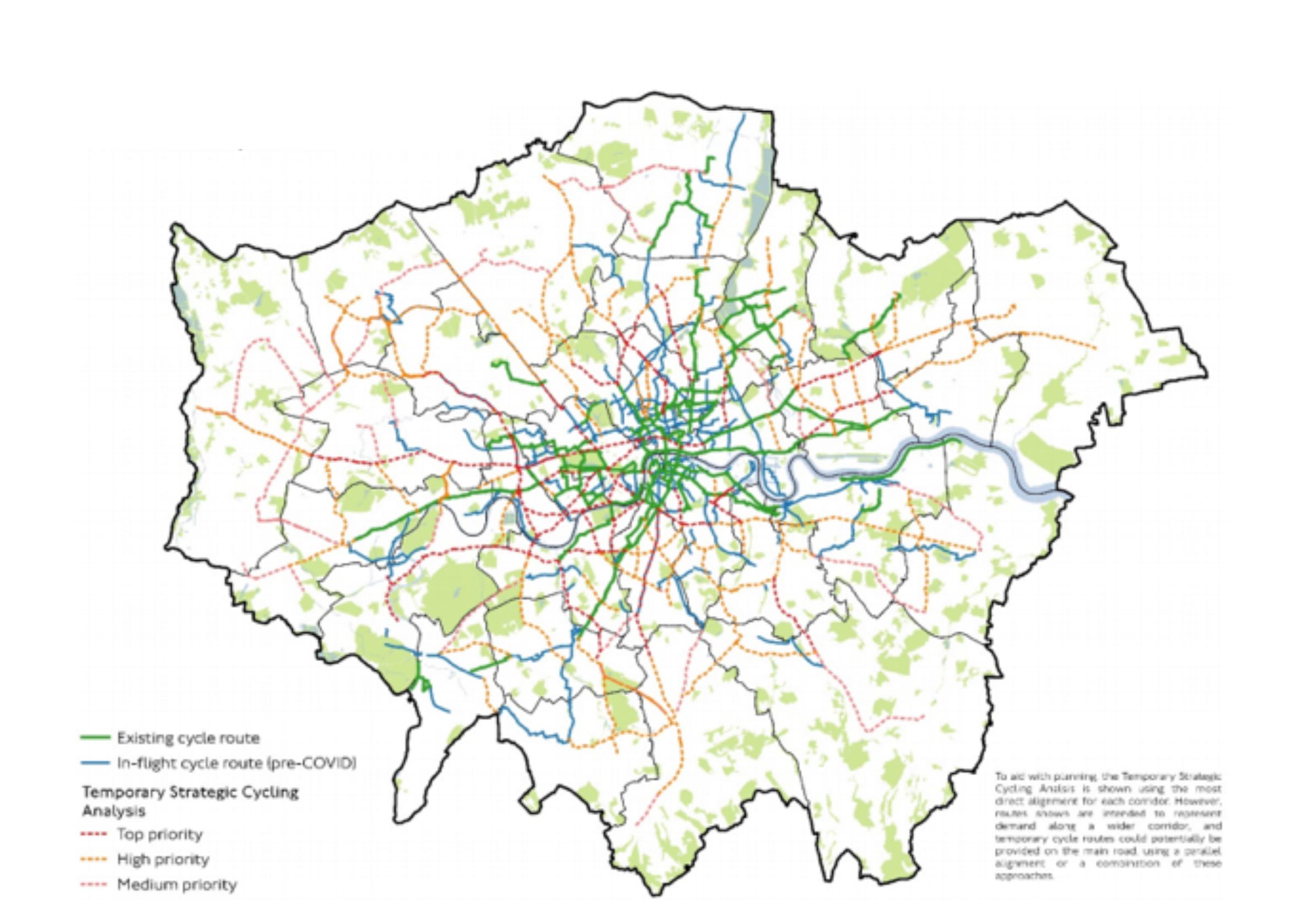 As schools start to re-open for the new academic year, social distancing remains in place while public transport capacity is still low. In England 1.1m  secondary pupils (29%) normally get the bus to school. In London about 300,000  secondary pupils (52%) use public transport to travel to school1. Many will need an alternative. The Department for Education (DfE) is strongly advising “parents, staff, and pupils to walk and cycle”2. Similarly, TfL asks pupils to “walk and cycle wherever possible to create extra space on buses and other public transport”3.

Given the distances involved in public transport trips to secondary schools, and the need to find an alternative, the most likely option is cycling, rather than walking. Three-quarters of children live within a 15-minute cycle ride of a secondary school. ‘Hands up’ surveys in schools reveal that most kids want to cycle – yet only 2% currently cycle to school nationally.

Motor traffic is the main deterrent to cycling in the UK4. Parents will not let their kids cycle if the route to school exposes the child to danger. Road traffic accidents - the leading cause of death for children aged 5 to 19 in the UK (J Read, iWalk, 2017) - are still often treated as a normal, inevitable part of road transport.

Language betrays our apathy; road ‘accidents’ are no more accidental than when children lost hands or were crushed by the heavy moving parts in 18th century cotton mills. We know how to design out and legislate out road deaths. We know, for example, that a roundabout with single lanes at entry, exit and circulation means fewer people will be injured or killed. We know children cannot predict speeds so pedestrian refuges do not work for a child crossing a road independently. We know 20mph speed limits – which are routinely exceeded - are too high even for secondary school children to compute5.

In short, we know how to stop killing otherwise healthy children. We may look back on the 20th Century motoring era - when we ignored what we knew - with the same horror we now feel about our predecessors casual approach to child labour deaths in the 18th and 19th centuries.

To make cycling viable for children, a radically different infrastructure needs to be in place with a specific focus on secondary school children. And we need to act rapidly. The new cycle design guidance is a welcome start. It details, for the first time, what I and others on the LTN 1/20 Steering Group pushed for; an acknowledgement what highway engineering standards can include or exclude. That, for instance, “uncontrolled crossings may not meet the needs of all people”. This document provides leverage to push for crossings and cycling infrastructure that can be used by everyone - in line with the other equality duties authorities should fulfil.

But the wider planning and appraisal mechanisms should enable child travel too. So, what are the plans for cycling to school in September?

The DfE proposes three things: building on existing schemes which “encourage” cycling like Bikeability and Walk to School; telling schools to encourage pupils to switch to active travel; and finally “implementing ‘safe streets’ policies outside schools”.6

The term “encouraging cycling” sets alarm bells ringing. As cycling commissioner for Greater Manchester Chris Boardman has pointed out, “enabling cycling” is what is needed. No amount of training, cajoling or encouragement is going to help if the underlying issue – a hostile road network – goes unaddressed. It is the last of the DfE’s proposals, School Streets outside schools, which are likely to have the biggest impact. But this focuses on primary school children, of whom 90% live within a 15-minute walk of their school. School Streets (where motor traffic is prohibited at school pick up and drop off) do not address how children get to school if, as in the case of secondary schools, most children are travelling from further afield.

The DfT’s Emergency Active Travel Fund may provide some infrastructure pupils can use. This funding stream is thankfully pushing for meaningful change in the form of point closures and protected cycle routes. How willing authorities are to push through change remains to be seen.

Education trips may end up being a greater proportion of trips than commuting. Yet they barely figure in strategic planning

The Active Mode Appraisal Toolkit (AMAT) helps determine which active travel schemes are awarded DfT funding. It is a progressive tool that calculates adult health and other benefits, but it does not quantify some impacts that would most benefit children such as health for under 18s and safety of infrastructure. There may be a valid technical reason for this but any positive outcomes for children should have augmented value; raising a generation of healthy, active, low carbon kids should be at the heart of transport value system as it offers long term savings.

Children are escorted to school because the road environment is so hostile it is not deemed safe for them to walk, scoot or cycle independently. In other words, the UK highways system relies on the unpaid labour of adults – mostly women’s time – to address the failings in its provision. There is now an opportunity to factor in the savings of creating roads that enable children to walk and cycle independently.

The historic focus on the commute has already skewed provision at children’s expense. In London, for example, the quality and coherence of the cycle network improves as you move into the centre, but safe routes are few and far between in outer London where many schools are located. Child travel continues to fall between the gaps in London’s future Streetscape plans7 which propose three types of intervention:

With home-working embedded, and commuting falling as a proportion of trips, the anomaly in transport planning is even more glaring. Education trips may end up being greater proportion of trips than commuting. Yet they barely figure in strategic planning.

After decades of highways failing children, we are now at crunch point. We need to roll out of a joined-up cycle network for children aged 11+. We have seen what happens when you remove the threat of motor traffic – kids emerge onto the streets. As traffic rises, children are being forced to retreat again from civic life. We must intervene.

Children rely on adults to create the built environment around them; if adults develop safe streets – with children at the heart of the design - kids could travel independently. Children’s routes also need clean air.

As Mums for Lungs Founder, Jemima Hartshorn, said to me, “children need healthy lungs as well as active legs”. That means major reallocation of road space on strategic routes not just to cycling, but to soft landscaping to cut pollution and motor traffic capacity. Embedding cycling from a young age would have massive returns on investment: time savings for adults, improved child health and happiness. And improve the chances of children inheriting a habitable planet. Now is the time to redesign our towns and cities so children can safely breathe and move.