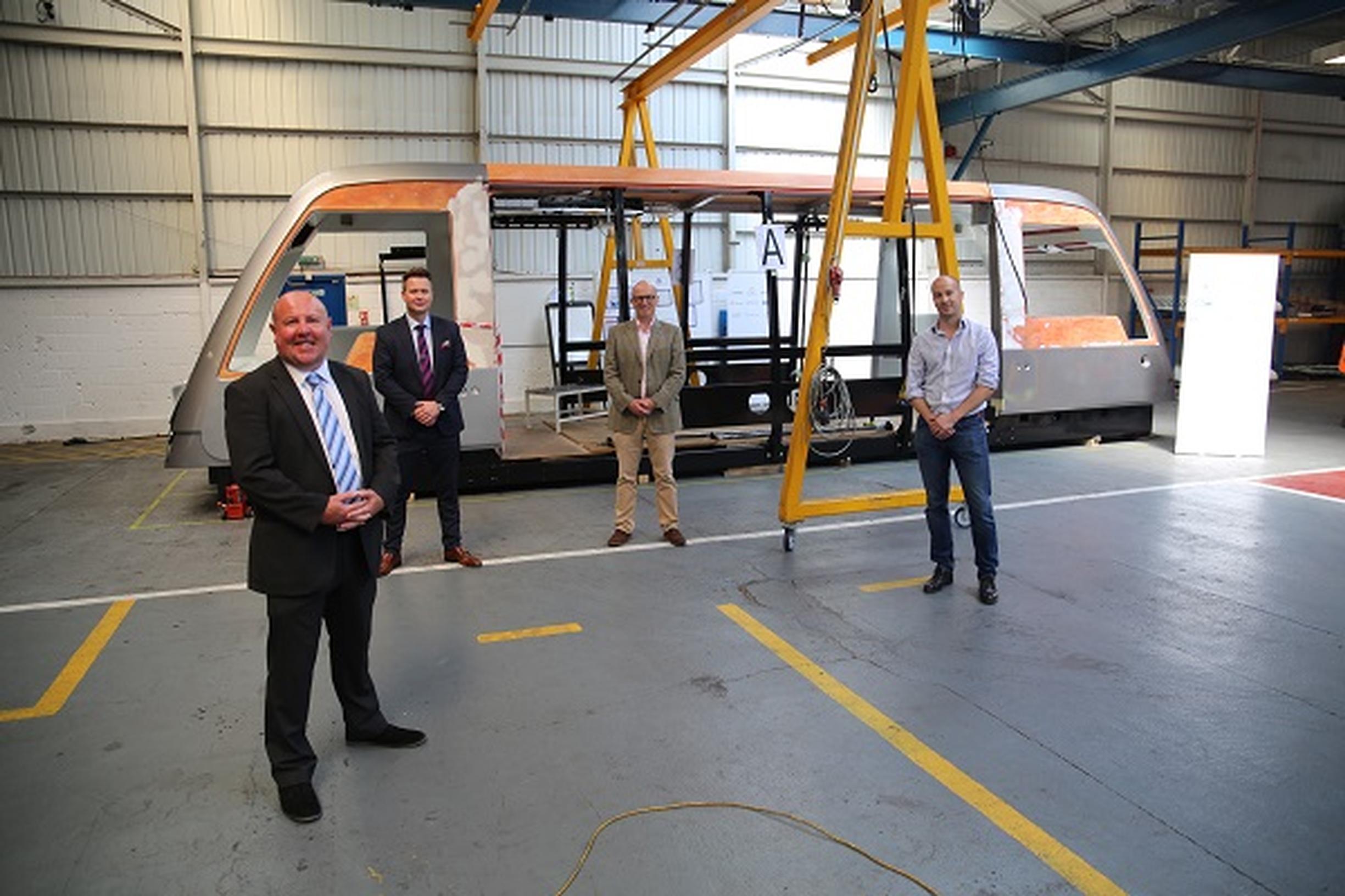 NP Aerospace has been appointed as the assembly contractor of the rail guided, battery-powered vehicle for Coventry’s planned ‘Very Light Rail’ network, with vehicles will run on local roads.

The project is led by Coventry City Council in collaboration with engineers at WMG at University of Warwick and Transport Design International (TDI).

Throughout August, WMG and TDI have been working with NP Aerospace to begin the assembly of the innovative, rail guided, battery-powered vehicle for Coventry’s planned Very Light Rail network. Engineers are now constructing the carbon fibre and metallic structure that will form the backbone of the vehicle.

Dr Darren Hughes, Associate Professor at WMG, said: “The Coventry Very Light Rail project will deliver a step change cost reduction for light rail in the UK. We are really proud that this marks the beginning of the journey to roll out low cost, rail-based transport for medium sized cities in the UK. We are particularly pleased that despite current global challenges we can continue to work with TDI, NP Aerospace and the supply chain to deliver this novel rail vehicle on time and budget.”

NP Aerospace, which has a heritage building military vehicles. Its specialised facilities in Foleshill have enabled engineers to continue their work in a safe environment that allows them to fully comply with the Government’s social distancing guidelines.

James Kempston, chief executive of NP Aerospace said: “The VLR build utilises NP Aerospace’s capability in assembling and delivering complex defence vehicle programmes and extends this into the rail and transportation sector. During a period where the pandemic has caused disruptions to the economy, the VLR build has instead generated local jobs reinforcing the regional and wider UK workforce and supply chains. Furthermore, it provides an economically and environmentally friendly transportation capability with global demand, driving UK export opportunities and future economic growth in the region.”

The finished vehicle will be capable of carrying 56 passengers and will be tested on the Very Light Rail National Innovation Centre Test Track at Castle Hill in Dudley early next year.

Following a comprehensive test programme for vehicle and track, a permanent tracked route will be installed across Coventry supported by a fleet of locally manufactured vehicles.

The first route will provide a service between the Rail Station and Walsgrave Hospital and will offer residents, workers, and tourists an affordable and environmentally friendly way of travelling around the city.

Cllr Jim O’Boyle, Cabinet Member for Jobs and Regeneration at Coventry City Council and CWLEP board director said: “This project will be the first of its kind in the world. It is being led by world beating local automotive experience and is using cutting-edge materials. The proposed VLR network is key to our vision for transport here in Coventry. We want our public transport to be efficient, affordable and most importantly environmentally friendly. I believe it’s going to revolutionise how we all travel in this city.”

The VLR Research and Development phase is being managed by researchers from WMG, at the University of Warwick, in partnership with Coventry City Council and Transport for West Midlands. The project is being funded by the Government’s Local Growth Fund through the Coventry and Warwickshire Local Enterprise Partnership (CWLEP) and the West Midlands Combined Authority Devolution Deal.

Darren Smith, Head of Transport Design International (TDI) said: “This hugely exciting and innovative project embodies the concept of very light rail. The teams involved from WMG and TDI, along with our supply chain including NP Aerospace, will deliver a credible, viable, and distinct demonstrator vehicle early in 2021. The potential positive impact that Very Light Rail will bring not only to UK manufacturing across many sectors, but also the local economies and communities, cannot be overstated enough. TDI are extremely proud to be involved in such a prestigious project.”