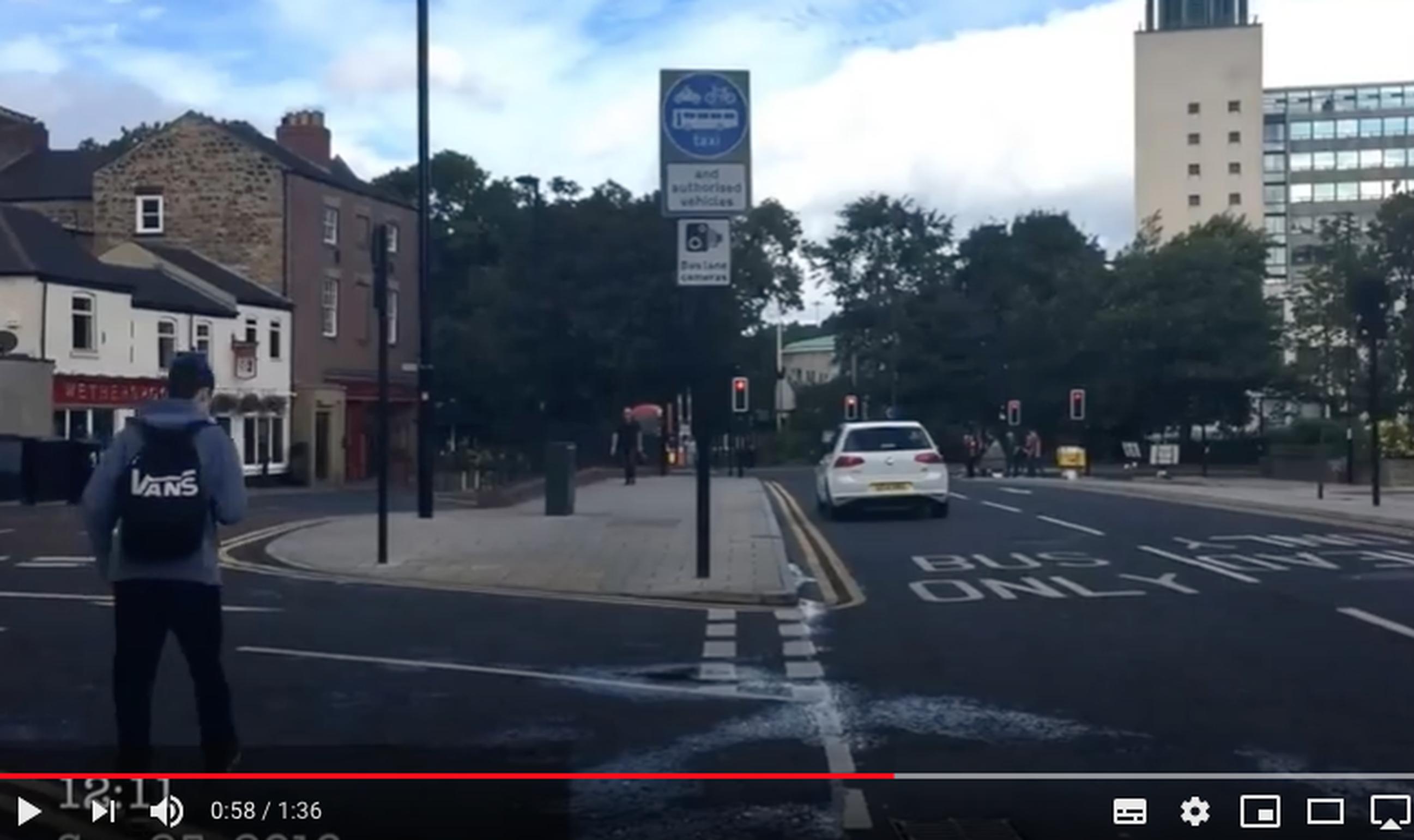 Newcastle City Council wants the Government and the Traffic Penalty Tribunal to resolve confusion over how councils should sign bus lanes.

The council’s plea follows a ruling by the Tribunal’s chief adjudicator upholding five appeals against penalty charge notices (PCNs) issued for driving in the  northbound bus lane on John Dobson Street. The BBC says the bus lane enforcement cameras caught 92,000 vehicles between February 2016 an June 2017 when the cameras were switched off.

Newcastle this week published a legal opinion highlighting alleged errors in the Tribunal’s ruling. But the council has decided not to lodge a judicial review challenge against the Tribunal’s decision, saying it would serve the public interest.

The council said it was under no obligation to refund drivers who received penalty charge notices (PCNs) for driving in the lane “as we have consistently upheld DfT [signage] requirements, to the letter”.

It is, however, offering to repay all PCNs as a “gesture of goodwill”. The council could end up repaying up to £2.5m, as just over 65,200 drivers could be entitled to a refund and just over 73,000 PCNs were issued before  cameras were turned off in 2017.

Arlene Ainsley, Newcastle’s cabinet member for transport and air quality, said: “After waiting three long years for the chief adjudicator to review her findings, I am bitterly disappointed that the Traffic Penalty Tribunal has failed to provide any real substance or meaningful learnings in their report.

“We will continue to work with the Local Government Association and other core cities to lobby the Traffic Penalty Tribunal and the DfT to get together and sort this nonsense once and for all, which is causing confusion for local authorities, bus companies and motorists across the country.”

Tribunal chief adjudicator Caroline Sheppard ruled last month that the signage was “misleading and wrong” and that a sign could easily be missed by motorists if it was obscured by a bus.

Newcastle commissioned a legal opinion of the Tribunal’s decision from Jonathan Easton of Kings Chambers.

The Tribunal’s original investigations, which ruled against the council, was conducted by adjudicator Paul Pearson. The council subsequently asked chief adjudicator Caroline Sheppard to review the case.

Says Easton: “The error is this: having concluded that the signs were substantially compliant (and therefore met the legal test) they [Pearson and Sheppard] both went on to apply some additional overarching test that does not appear in the regulations or from the case law.

“Caroline Sheppard criticised signage at the A167(M) roundabout for being misleading and that was sufficient to quash the PCNs. The only way to read this finding is that all of the other signs before the bus gate could have been perfectly adequate but the single alleged failing at the roundabout renders that completely irrelevant,” said Easton. “This is an error of law.”

Easton said Sheppard also “appears to have inserted an extra requirement to sign directions for an alternative route avoiding the bus gate.

“The requirement to sign an alternative route in addition to signing the restriction, is a step too far and not within the scope of a reasonable reading of [signage] regulation,” he said.

“In any event, I am advised by Newcastle City Council’s technical officers that the regulations relating to traffic signs would not allow signage of an alternative route in any event.”

Council officers are reviewing the bus lane signage to see what changes can be made before any enforcement resumes.