Passengers to return to Sheffield Victoria? 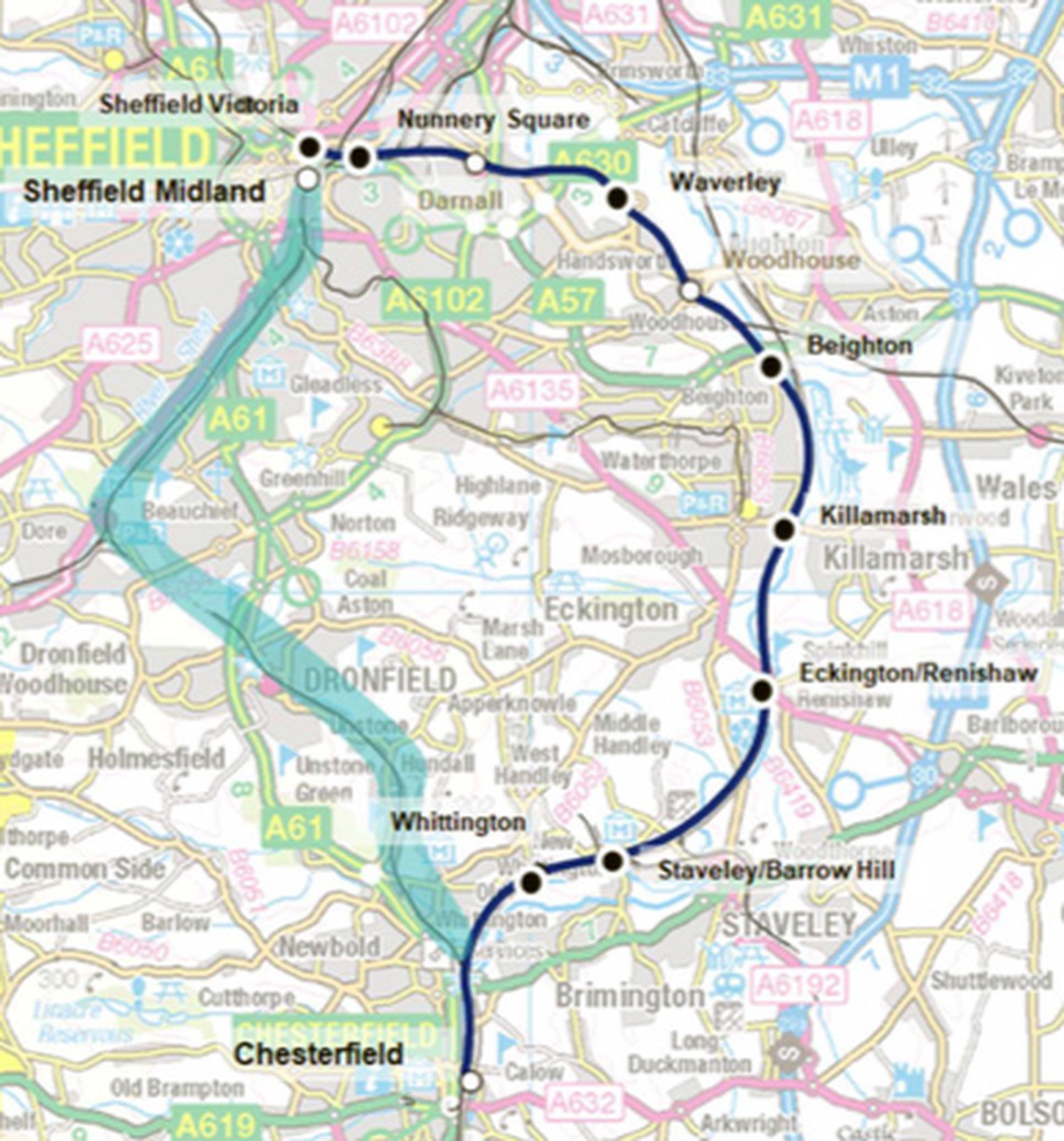 A proposed new passenger rail service in South Yorkshire could eventually result in the re-opening of a station at Sheffield Victoria in the city centre. In May the DfT awarded  £50,000 to help prepare business cases for ten rail reopening proposals in England, through the Restoring your Railway Fund (LTT?29 May).

Services would initially start from Sheffield Midland station but a later phase of the project could see trains routed to a new Sheffield Victoria station.

The Sheffield City Region made a separate unsuccessful bid to the Restoring your Railway Fund for funding to prepare a business case for re-opening the Sheffield to Stocksbridge line to passengers.

The successful bid submission for the Barrow Hill reopening says there is a wide recognition among stakeholders that Sheffield Midland is close to capacity and that the arrival of HS2/Northern Powerhouse Rail services will place additional demands at the station.

“Opening up both the Barrow Hill line and Don Valley line  [Sheffield to Stocksbridge] could therefore present an opportunity to create a new ‘Sheffield Hub’ at either Nunnery Square or Sheffield Victoria.”

The proposed Sheffield to Chesterfield via Barrow Hill trains would leave the Sheffield-Worksop line at Woodhouse Junction and join the Midland Main Line at Tapton junction north of Chesterfield.

As well as the possibility of reopening a station at Sheffield Victoria, new stations could be built at Nunnery Square (providing interchange with the Supertram light rail network), Waverley, Beighton, Killamarsh, Eckington/Renishaw, Staveley/Barrow Hill, and Whittington. A fourth platform may be needed at Chesterfield to accommodate the service.

The Sheffield City Region Combined Authority made two other two unsuccessul bids to the Restoring your Railway Fund: Barnsley to Wakefield via Royston; and Doncaster to Knottingley/Leeds via Askern.