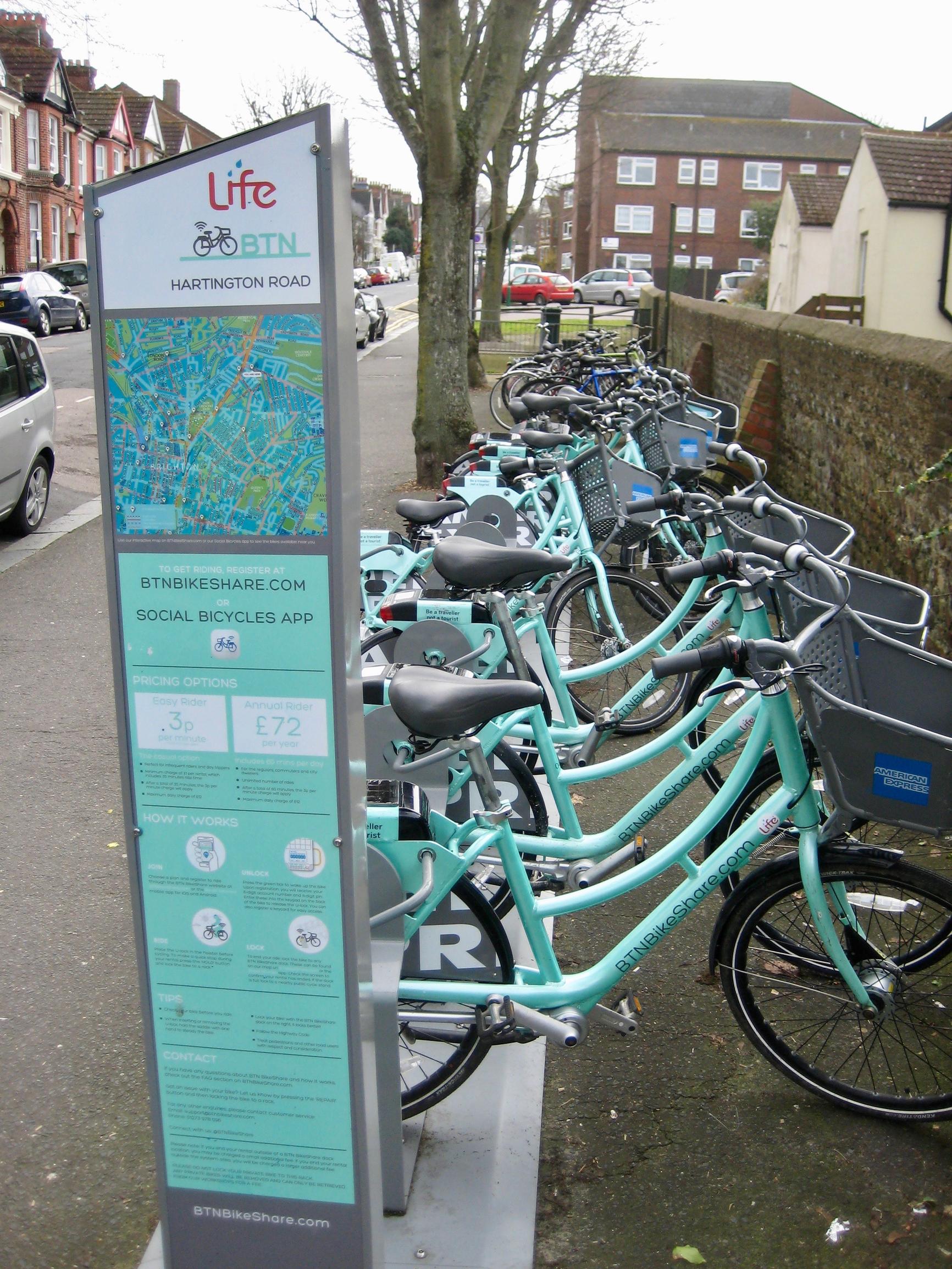 Brighton and Hove City Council is planning to procure a mixed fleet rental scheme of pedal cycles, e-bikes, and e-scooters – if the latter are legalised.

The proposal would see the council purchase the bikes and e-scooters and appoint a contractor to operate the hire scheme under a concession contract. The council says experience shows that public bike hire schemes struggle to survive without capital funding and ongoing revenue support from the public sector.

Brighton is targeting the launch of a new contract in March 2022. It is exploring extending the operating area along the coast, subject to approval from neighbouring district/borough councils, possibly as far as Worthing in the west and Seaford in the east.

In a report discussing the new scheme’s operating model, Nick Hibberd, Brighton’s executive director for economy, environment and culture,?told councillors: “Many other transport and local authorities in the UK are adopting traditional concession contract routes with private sector operators. Ownership of the assets gives the local authority control, which they can use to help deliver wider policy objectives.

“If hire and sponsorship revenue is not sufficient, capital and revenue funding from local authorities, local enterprise partnerships and developer contributions could be justified on these wider policy grounds.”

The new contract could require the council to make estimated capital expenditure of £2.3m over four years. This assumes the purchase of 265 e-bikes at £2,500 each; 300 e-scooters at £450 each; 600 pedal bikes at £1,500 each (bought in three phases to replace the existing bike fleet) and two e-cargo bikes for conducting e-bike battery swaps at £5,000 each.

The council says e-bikes will be useful in hillier parts of the  operating area. They will have swappable batteries to avoid the need for recharging facilities at docking stations.

“‘Smart’ bikes equipped with GPS can notify the operating system when their swappable batteries are running low and can be easily replaced with a recharged unit by a mobile team,” explained Hibberd.

The inclusion of e-scooters in the concession appears partly intended to ensure that they do not compete and undermine the viability of bike hire.

Said Hibberd: “E-scooter provision within the scheme for seafront leisure areas and inner city commuting will ensure the council-owned assets retain their viability. This will give the operator the exclusivity recommended by ComoUK to maximise overall viability.”

The council envisages a system of tiered tariffs according to mode (pedal, pedal electric and e-scooter). This will incentivise use of pedal bikes “which deliver the greatest health benefits for short journeys”.

Brighton and Hove has no plans to participate in the DfT’s trial of rental e-scooters, despite the council recently having been  approached by no fewer than ten e-scooter rental operators from around the world. The companies have been invited to present an overview of their systems and asked about their willingness to work in partnership with a bike hire operation.

Brighton & Hove City Council officers this week presented councillors with a summary of how schemes are being procured in Greater Manchester, the West Midlands and the Liverpool.

LTT contacted TfGM, WMCA and Liverpool to confirm the details. TfGM? approved its text below; WMCA said details were still to be finalised and so much of what follows for the West Midlands is from the original tender. We did not hear back from Liverpool.

Transport for Greater Manchester is using grant funding from the DfT’s Transforming Cities Fund to buy a bike fleet and docking stations. The procurement process for a five-year contract to operate the scheme is due to get underway this summer, with a scheme launch expected next summer. The appointed operator will be paid an annual flat fee. A revenue sharing agreement will also feature to incentivise the operator to grow trip numbers.

The first phase of the scheme will cover the three district councils in the regional centre: Manchester, Salford and Trafford, with 1,500 bikes the target. The contract will allow the scheme to be expanded to other parts of the conurbation at a later date.

Greater Manchester’s fleet will include e-bikes, probably using swappable batteries, though other options have not been ruled out.

The West Midlands Combined Authority is preparing for a new bike hire scheme after last summer cancelling its contract with Nextbike, which was awarded in 2018.

Unlike the original scheme that featured no public funding, WMCA has offered public funds for the new scheme, for which a competitive dialogue procurement commenced last autumn (LTT?25 Oct 19). Transport for the West Midlands said a risk-sharing approach would create a commercially-viable scheme.

“The new scheme has taken securing sponsorship out of the equation,” says Brighton & Hove. “The view now is that with the mix of authorities in a region with such varying population sizes and densities, one scheme was never going to work without direct subsidy.”

The WMCA?board is expected to receive a report on the outcome of the procurement exercise on 24 July.

The initial procurement notice said the scheme was expected to feature a minimum of 1,500 bikes within the first two years, of which a minimum ten per cent would be e-bikes. TfWM wants the bike hire payment system to be integrated with its Swift public transport payment system.

The specific procurement model is unclear but Brighton says TfWM has examined in-house management. The scheme is expected to be up and running before the mayoral election next May.

Liverpool City Council brought the operational side of its bikeshare scheme in-house in 2017, Hourbike having operated the scheme since launch in 2014.

Brighton says that, by 2019, the number of available bikes in the Liverpool scheme had fallen to about 350 (from an initial 1,000), with no funding available to repair bikes. Liverpool has apparently been losing money on the in-house operation. “The scheme has no sponsor and no promotion or marketing takes place,” says Brighton.

In January, Liverpool launched a procurement with partner authorities across the city-region for a concession contract. However, Covid-19 has apparently prompted the council to keep the operation in-house for another year.