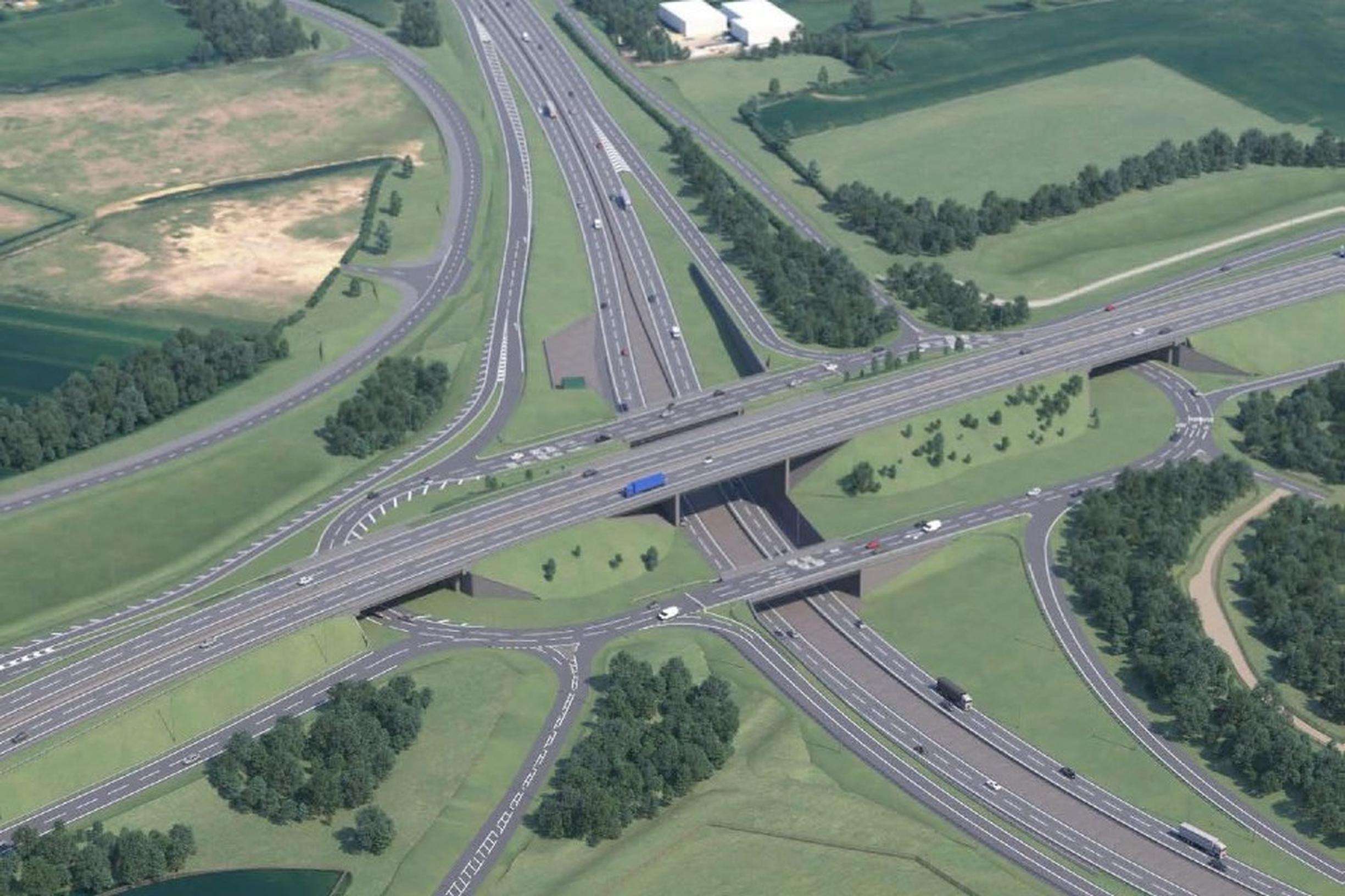 Highways England is inviting people who live, work and travel in and around Cambridgeshire and Bedfordshire to comment on latest designs for the multi-million pound A428 Black Cat to Caxton Gibbet improvements in the latest consultation.

The proposals will see the Black Cat Roundabout transformed into a three-tier junction. The design refinements have been made after detailed analysis of the 925 responses received during last summer’s consultation, as well as new technical information and engagement with the local community and organisations.

The proposed upgrade will see a new 10-mile dual carriageway built linking the A1 Black Cat roundabout in Bedfordshire to the A428 Caxton Gibbet roundabout in Cambridgeshire. Both existing roundabouts would also be upgraded into modern, free-flowing junctions and a new junction would be added at Cambridge Road, near St Neots.

The project would replace the only remaining section of single carriageway between Milton Keynes and Cambridge and tackle one of the region’s most notorious congestion hotspots.

The five-week consultation begins and will end at 11.59pm on 28 July.

Lee Galloway, Highways England A428 programme lead, said: “The A428 Black Cat to Caxton Gibbet improvements will transform one of the busiest road links in the East of England, helping to save drivers who live, work and travel in and around Bedfordshire and Cambridge an hour-and-a-half on their journeys every week.

“Getting the views of drivers, the local community and businesses is crucial to designing a project that will offer the best value, maximise the benefits for all, while reducing the impact on the local communities and the environment.”

Once the consultation closes, Highways England will analyse the new responses ahead of finalising its plans to seek planning consent for the project from Government, by submitting a Development Consent Order (DCO) application later this year. As part of the DCO application, Highways England will submit a Consultation Report, explaining how the issues raised during both consultations were considered and responded to.

Roads Minister Baroness Vere said: “Our roads play a critical role in keeping Britain moving and this project will help to change people’s everyday journeys across the East of England, improving vital links and helping to reduce congestion. We encourage everyone to have their say during this consultation, and be part of the change as we continue to invest and level up across the country.

Highways England will be taking an innovative new approach to the consultation, designed to let people find out about the plans and put their questions to the project team, while respecting the current COVID-19 guidelines. These will include: