Coronavirus: Congestion Charge will increase to £15 and operate 07am-10pm seven days a week 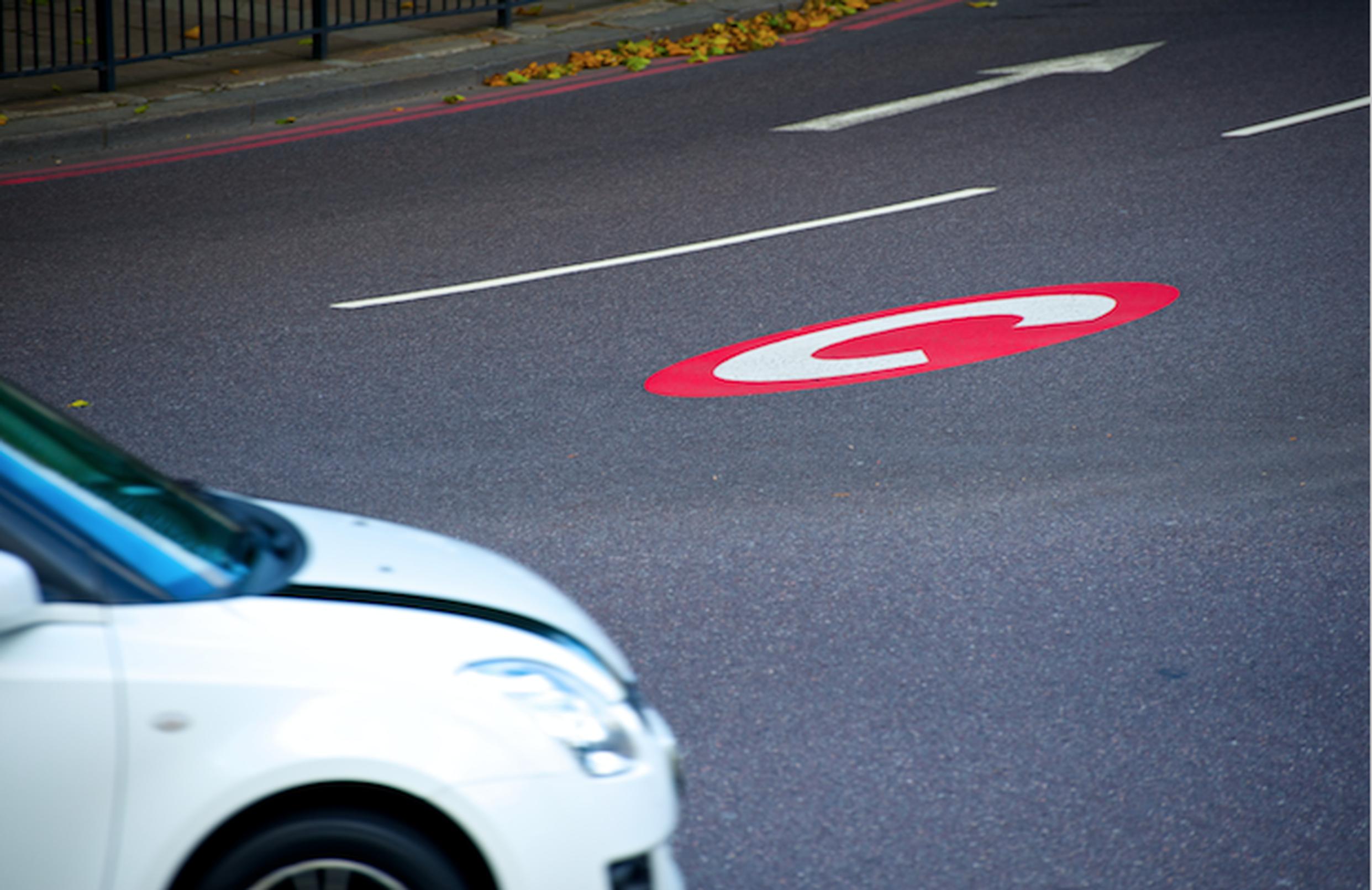 Changes to the cost and timings of the Congestion Charge could see trips taken by car in London fall by a third and reduce pollutant emissions reduced by up to 11% in newly charged hours, claims Transport for London.

TfL is concerned that car traffic in the zone, which is already back to pre-pandemic levels, could double without traffic.

The Mayor of London and TfL have thus confirmed the temporary changes to the Congestion Charge, which were brought forward in accordance with a funding agreement reached with Government.

From 22 June the Congestion Charge, which covers around 1% of Greater London, will temporarily increase to £15, operate 7am-10pm seven days a week and the residents’ discount will be closed to new applicants on 1 August.

Reimbursements will be extended to local authority workers and charity workers providing certain pandemic support services in the zone as well as vulnerable NHS patients.

Emergency service vehicles – including police cars - are exempt from the charge. Tackling congestion also allows emergency services to be able to get around the capital and help the people that need them.

The changes are designed to reduce traffic in central London and enable more journeys to be made safely by foot or by bike while keeping the bus network reliable for those making essential journeys.

Rising road traffic
TfL said new data shows that even with the Congestion Charge back in place and many people still working from home, there are as many cars in the zone as there were before the lockdown began. It warns that if traffic is allowed to continue to grow, roads will become unusably congested.

The transport body says that analysis indicates that as the Government further eases lockdown restrictions, if those who would have used public transport instead choose to drive, car traffic levels in central London could double without any changes to the Congestion Charge. This would mean that there would not be space on streets to accommodate the increased levels of walking and cycling needed with effective public transport capacity reduced to 13-20% of normal due to social distancing.

TfL predicts that through temporary changes to the charge, and a rapid enhancement of walking and cycling infrastructure, the city can have a safe and sustainable recovery. Trips taken by car could fall by a third and nitrogen oxide (NOx) emissions from vehicles fall by up to 11% in these newly charged hours.

At the Government’s request, TfL has brought forward proposals to temporarily widen the scope and level of the Congestion Charge. The Mayor of London, Sadiq Khan said: “The Government was absolutely clear that TfL must bring forward proposals to widen the level and scope of the Congestion Charge. Coronavirus continues to present our city with unprecedented challenges but I am determined to ensure that we emerge from this pandemic with a cleaner, greener and more sustainable transport system.

“The reality is that due to social distancing requirements public transport can only carry a fraction of the number of passengers compared to pre-pandemic levels - even when we are back to running completely full services. While capacity on the network needs to be preserved for those people who need it most, we can’t allow journeys that were previously taken on public transport to be replaced with car trips.”

The changes will support the Streetspace programme, which aims make walking and cycling safer and essential bus journeys more reliable. Mayor Khan said: “I am really proud that our world-leading Streetspace for London plans continue to move forward at pace, with 19,000m2 of additional space now created for walking and cycling. Alongside the temporary changes to the Congestion Charge, this will enable millions more journeys to be made on foot or by bike and will keep our roads moving for Londoners who need to make essential trips.”

Reimbursements and discounts
After inviting people to share their views on the proposed changes, the Mayor is extending the Congestion Charge reimbursement schemes to support those who could be most affected by the coronavirus pandemic and are at the heart of the response to the crisis. In addition to the already announced expansion of the NHS staff reimbursement scheme to cover additional trips made by staff at NHS Trusts, ambulance staff and those who work in care homes in the zone, the new arrangements also include:

Changes to the residents’ discount, which is now due to close to new applications on Saturday 1 August, have also been made giving residents who are not currently registered additional time to submit their application.

The expanded scheme for NHS patients will come into force on 22 June, with the new reimbursement arrangements targeted at supporting frontline local authorities and charities who are dealing with coronavirus being introduced in the coming weeks and backdated to 22 June. This is in addition to widening the NHS staff reimbursement and introducing new care home worker reimbursement when schemes were reinstated on 18 May.

Alex Williams, TfL’s director of city planning, said: "It is not sustainable for London’s recovery to be dominated by cars. We are already seeing a surge in traffic and need to act now to stop the city grinding to a halt. The temporary Congestion Charge changes are supporting our Streetspace programme, which will make it easier and safer for people to walk and cycle and keep the bus network reliable for those who need to use it. Our new reimbursement schemes will also ensure that those at the heart of the battle against coronavirus or who could be most affected by it can still make essential journeys by car. These temporary changes will also help ensure that those who can’t work from home can travel safely and make the city’s recovery from the pandemic sustainable and healthy."

Reactions
Giulio Ferrini, head of built environment for Sustrans London, said: "The temporary changes to the Congestion Charge are critical for keeping London’s streets moving while public transport capacity is so drastically reduced. As more people start to move around the city, space on public transport must be preserved for those who need it. The most efficient way of ensuring that Londoners are able to travel while avoiding public transport is to reduce the demand for road space and make it easier for people to walk or cycle where they can. Allowing traffic levels to rise even further risks central London grinding to a halt with toxic traffic and long queues for public transport, while at the same time making conditions worse for active journeys."

Alison Cook, director of external affairs at Asthma UK and the British Lung Foundation, said: "We know that air pollution is bad for everyone’s health and we must take action to protect those most vulnerable to its effects, including people who are recovering from coronavirus, children and the millions of people in the UK with existing lung conditions, such as asthma and COPD. As we start to recover from COVID, it's vital we don't see London's streets fill up with cars, which is why we support this action to encourage people to take more sustainable travel options. This must be alongside an expansion of the ULEZ, and action from all boroughs to support people to walk and cycle where possible. For the sake of Londoner’s lungs lets hang on to the cleaner air we have seen over the last few months, and keep pushing pollution levels even lower."

Streetspace: the story so far…
Over the last few weeks, TfL’s Streetspace for London programme has delivered larger pavements at a number of locations, including Waterloo Road, Borough High Street, outside Victoria Station and on Upper Street in Islington. In total, TfL has completed new Streetspace schemes at 23 locations across the capital with an additional 19,000m2 of space for people walking and cycling created.

Upgrade works have also been carried out on Cycleway 8 between Chelsea Bridge and Vauxhall Bridge. People cycling are now physically separated from motor traffic and the junction from Grosvenor Road to Chelsea Bridge has a new banned left-turn for vehicles to protect people cycling. Work has now started on the second phase of this upgrade that will also cover Vauxhall Bridge to Lambeth Bridge along Millbank.

Work on Cycleway 4 in southeast London and Cycleway 9 in west London has restarted and construction work to improve CS7 in Balham will get underway shortly. Data shows that cycling in London has increased significantly in recent weeks and that more Santander Cycle hires were made last month than any other May.