London: Park Lane traffic lanes cut from three to one 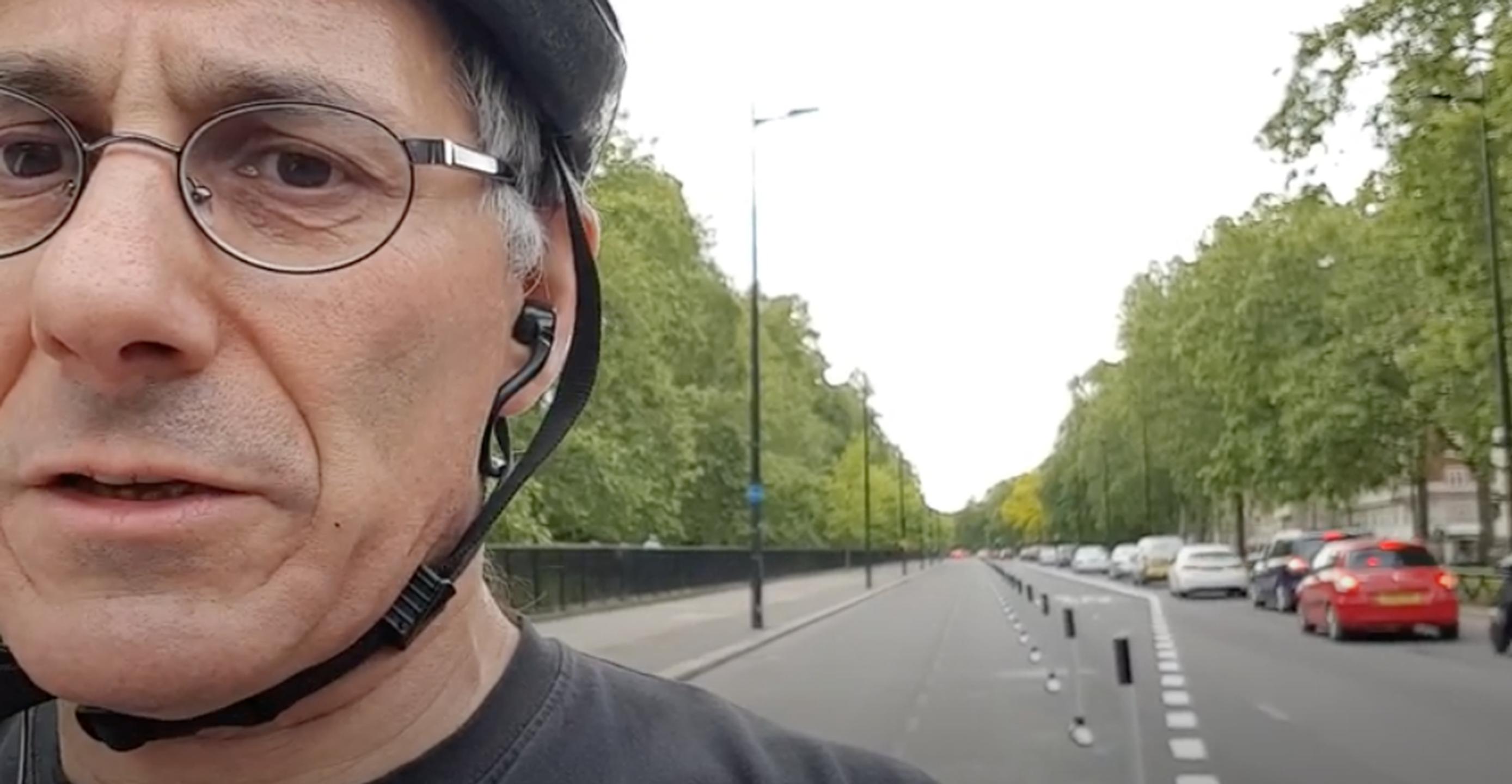 Transport for London has defended its installation of a temporary cycle lane and a bus lane along Park Lane, leaving just one of the three northbound lanes of the busy thoroughfare open to general traffic.

The dual carriageway Park Lane runs down the east side of Hyde Park. The northbound carriageway was previously three lanes for general traffic. This has been reduced to one lane, with the middle lane converted to a bus lane and the outside lane now a two-way cycle lane, between South Carriage Drive and North Carriage Drive. The speed limit on the road has been cut from 40mph to 20mph.

Shortly after its implementation, local resident David Tarsh posted a video on YouTube showing himself standing in front of the empty bike lane with vehicles funnelling into the one remaining general traffic lane.

Tarsh told LTT: “This is TfL’s anti-car agenda. What’s disgusting is to take advantage of a [public health] crisis to drive cars off the road.”

He said there was already a parallel bike track through Hyde Park.

A TfL spokesman said: “Enabling social distancing to happen on the public transport network as lockdown restrictions are eased will require a monumental effort from all Londoners. Public transport should be avoided wherever possible. Many more Londoners must now walk or cycle and doing so will be central to the capital’s recovery.

“The new lane on Park Lane is part of the mayor’s world-leading Streetspace for London programme, which is quickly creating the extra space needed for people who can walk and cycle, leaving more space on public transport for people who cannot.”

Asked to comment on Tarsh’s point that a parallel cycle lane already existings in  Hyde Park, the spokesman said: “There is an existing narrow shared cycle and pedestrian path parallel to Park Lane in Hyde Park, but the numbers of people walking in the park means that cycling on this path can be uncomfortable, and even more so with social distancing requirements.

“With the number of people walking and cycling for both transport and leisure set to increase considerably as the lockdown eases, it is vital to create as much space for people on foot and bikes as possible.

“The new 20mph limit on Park Lane, reduced from 40mph, will reduce road danger. The bus lanes will prioritise public transport over private transport, making sure those people who have no option but to continue using public transport to get to their essential jobs can do so quickly and easily.”

Asked about how long the arrangement would remain in place, the spokesman said: “All temporary Streetspace schemes, including Park Lane, will be monitored whilst they are in place to ensure that they are working as they should to enable more social distancing, walking and cycling.

“Schemes will be reviewed by TfL at a later date and could become permanent.”

Sadiq Khan has pledged to “transform parts of central London into one of the largest car-free zones in any capital city in the world” as part of the social distancing programme.

Some streets would be converted to walking and cycling only, with others restricted to all traffic apart from buses.

Streets between London Bridge and Shoreditch, Euston and Waterloo and Old Street and Holborn may be limited to buses, pedestrians and cyclists. Access for emergency services and disabled people will be maintained, but TfL said deliveries on some streets may need to be made outside of congestion charging hours.

Waterloo Bridge and London Bridge may be restricted to people walking, cycling and buses only, with pavements widened to enable people to safely travel between busy railway stations and their workplaces.

TfL is looking at providing zero emission capable taxis with access to both these bridges, and other areas where traffic is restricted.

Extra cycle parking spaces are being added with an initial 1,000 extra focused around busy areas such as high streets and transport hubs.

Staffed cycle hubs are being set up for Santander Cycles at Waterloo, Kings Cross, Holborn, Liverpool Street and Soho Square.