Lockdown is 'the mother of living labs' for air quality researchers: pollution linked to virus deaths

New studies throw light on the relationship between air pollution, illness, inequality and the COVID-19 pandemic 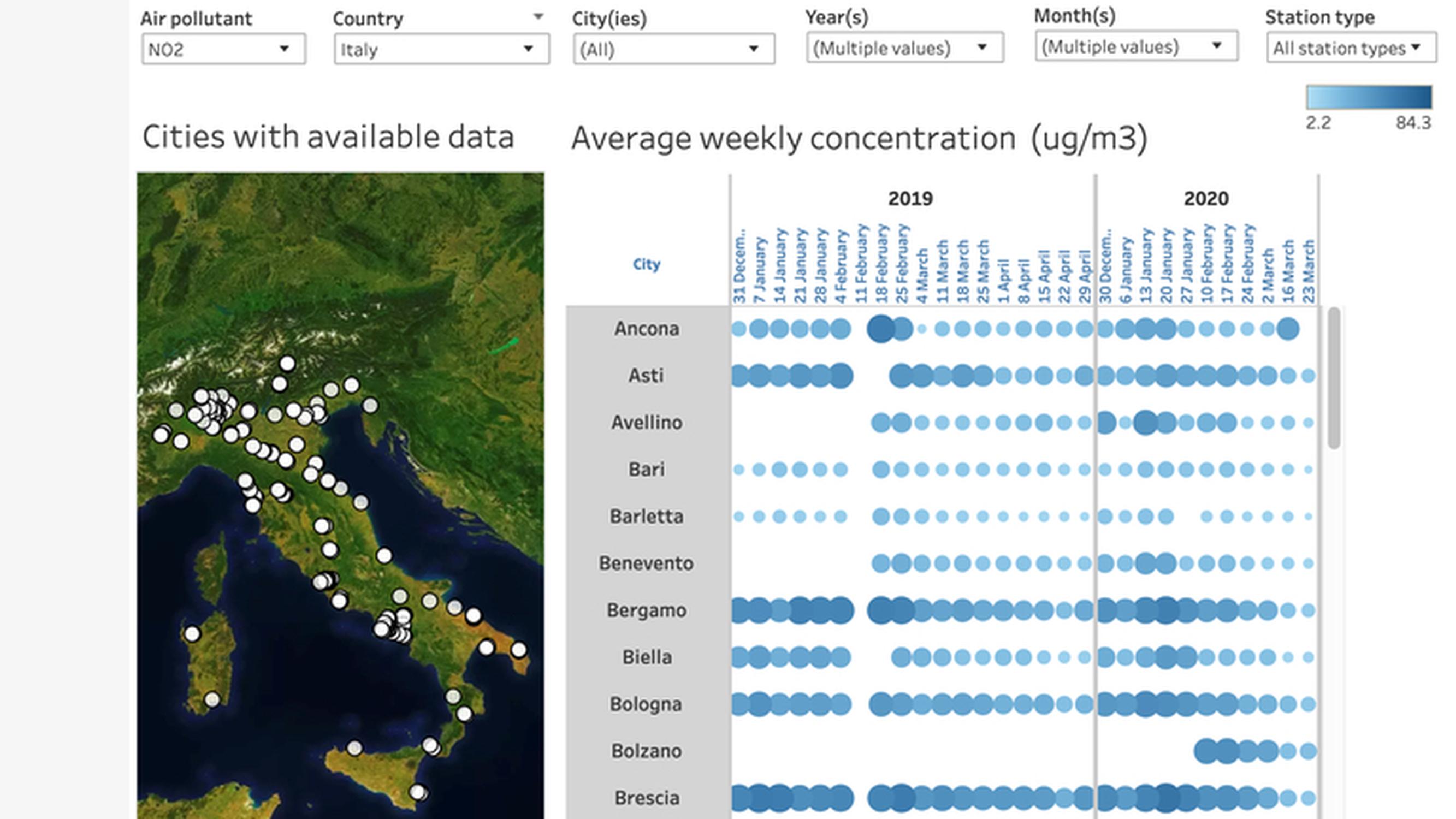 Back in March, as lockdowns began, we published several articles on TX about how air quality was improving, and also about how pollution may impact those with the illness. Fast forward a few weeks and it’s clear that lockdown conditions are proving to be ‘the mother of all live labs’ as my colleague puts it.

Researchers from ISGlobal, a major public health research facility in Spain, have reviewed the evidence relating to the relationship between air pollution and the COVID-19 pandemic. There is much debate in the scientific community, they say, with some scientists suggesting that airborne particulate matter can act as a vehicle for the transmission of viruses—in particular SARS-CoV-2. There are also studies, such as a recent one from Havard, investigating whether people living in areas with high levels of air pollution are more likely to die from COVID-19 than those living in areas with cleaner air - to which the answer seems to be yes.

The findings of an Italian study indicate that the impact of the epidemic may have been greater in the most polluted Italian cities, which would explain why the north of the country—the region with the highest pollution levels—was the area most affected.

As explained in another recent study. As explained in a study by Lidia Morawska, International Laboratory for Air Quality and Health (ILAQH) at Queensland University of Technology, the world should face the reality around the airborne transmission of SARS-CoV-2airborne transmission, caused by breathing and talking while close to other people, as 'it's a likely occurrence'. However, the differences in the impact of airborne transmission indoors and outdoors are quite different. The authors of a Japanese study concluded that people are almost 20 times more likely to be infected indoors than outdoors.

The findings of an Italian study indicate that the impact of the epidemic may have been greater in the most polluted Italian cities, which would explain why the north of the country—the region with the highest pollution levels—was the area most affected

Other scientists have advanced the hypothesis that the relationship between air pollution and the COVID-19 infection rate could be due to the fact that exposure to air pollution prior to the pandemic may have damaged the defences of the patient’s respiratory system, thereby facilitating the infection process.

According to a study reported in The Guardian, patients with severe Covid-19 are twice as likely to have had pre-existing respiratory diseases and three times as likely to have had cardiovascular problems. As with the ISGlobal overview, the articles continues to list emerging data from global studies – many not yet peer-reviewed – which throw new light on the the many ways that air pollution and the pandemic may interact.

Both the IS Global overview and the Guardian article are packed with details emerging frm new studies, and both are well worth a read.

Speaking to the Guardian, Dr María Neira, director of public health at the World Health Organisation (WHO) says: ‘We don’t have the evidence linking directly to mortality yet, but we know if you are exposed to air pollution you are increasing your chances of being more severely affected.

Hopefully, policy makers and planners take note of these developing studies as they debate the new normal in ou towns and cities across the world.

Image credit: The European Environment Agency (EEA) has developed a viewer that tracks the weekly average concentrations of nitrogen dioxide (NO2) and particulate matter (PM10 and PM2.5)