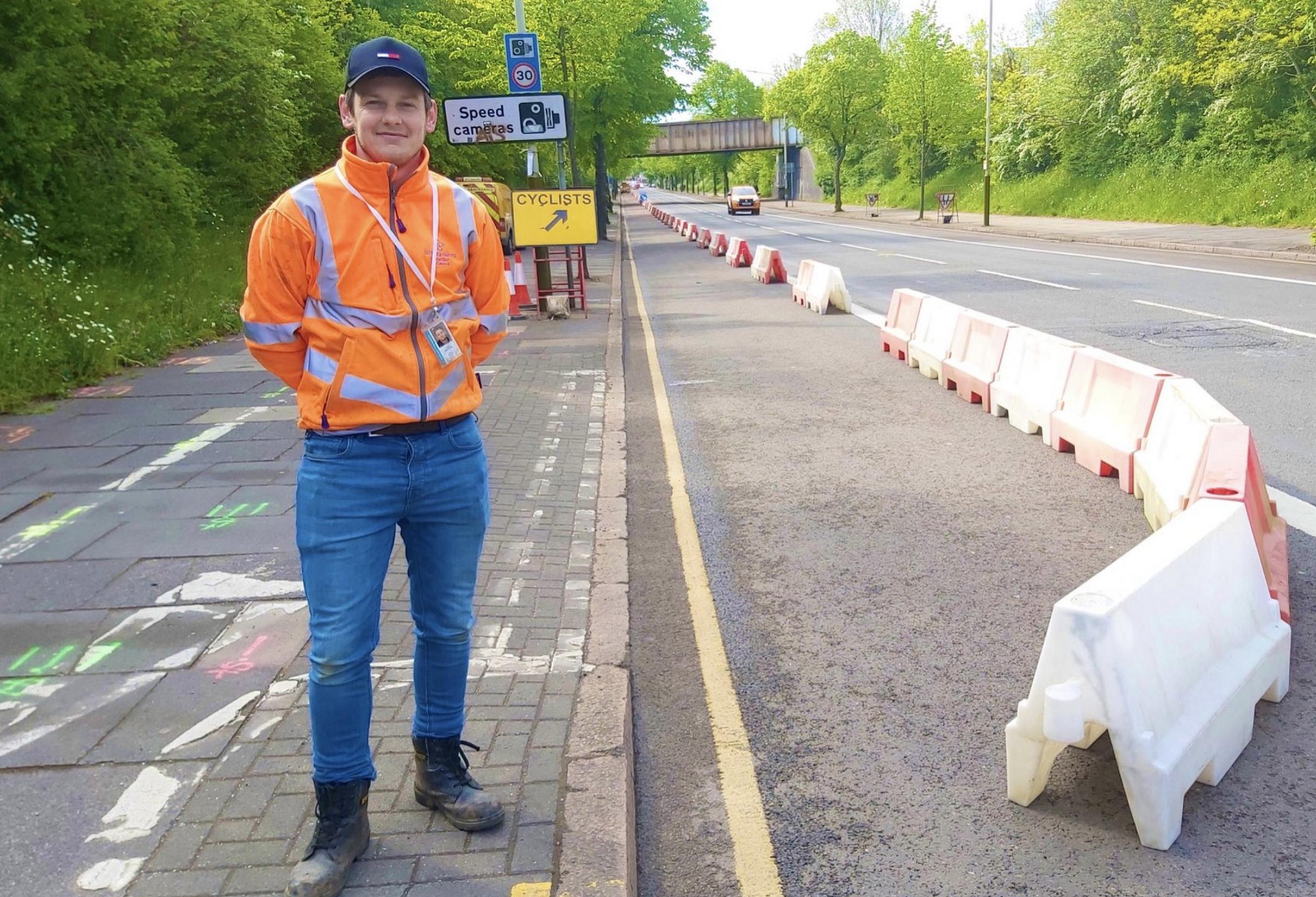 Leicester City Council is creating a second temporary cycle track installed to help create a safe route for people cycling into the city centre during the coronavirus lockdown.

Leicester City Council has coned off a 500-metre section of Saffron Lane between Aylestone Road and Hawkins Road, near Saffron Lane sports stadium, taking advantage of what has been a substantial reduction in traffic.

The latest route at Saffron Lane will come into effect from Friday 1 May, and provides an additional section of cycle track to help key workers from the Saffron Lane and Aylestone areas. It will comprise a two-way cycle route using the outbound bus lane on a section of Saffron Lane. Bus stops at either end of the cycle lane will remain in use.

The temporary cycle route network is being put in place to make the most of a dramatic drop in the number of cars and buses on the roads due to the lockdown.

Peak time traffic in the city is currently at about half of its normal level.

Last week saw the introduction of a 500-metre section of temporary cycle track on Aylestone Road, between Almond Road and the former Granby Halls site next to the Leicester Tigers rugby ground.

That route was aimed at providing safe distancing space and a protected cycle track for key workers such as those commuting to the nearby Leicester Royal Infirmary (LRI).

In both schemes the cycle track has been segregated by traffic cones to create a safer route, and combined they help to link up existing cycling tracks between Freemans Common and the south Leicester suburbs, with Leicester Royal Infirmary via the existing Welford Road cycle track into the city centre. This additional cycle track helps to link Saffron Lane and Aylestone to LRI.

In addition to the temporary lanes, timings at traffic lights have also been altered to give even greater priority to pedestrians and cyclists to cross normally busy roads.

Some routes in Leicester have seen an increase in cycling since the coronavirus lockdown, with some people choosing to avoid public transport and get essential exercise by walking or cycling to work. There are hopes the increase in walking and cycling will continue once lockdown ends, with residents using the permanent network of routes created under the city council’s Connecting Leicester scheme.

Leicester deputy city mayor for the environment and transportation, Cllr Adam Clarke, said: “The significant drop in traffic due to the lockdown has created the opportunity for us to put in these temporary cycle routes, at very low cost and quickly, on what would normally be busy roads.

“With more key workers cycling to work at the moment, and some disappointing reports of a few people driving at higher speeds, this is clearly the right thing to do as it gives key workers confidence that they can cycle to where we need them to be safely.

“We’ve also had an amazing response to Bike Aid, our free cycle loan and repairs scheme, we launched earlier this month in partnership with local cycle shops and organisations. By providing free of charge bike loans, bike servicing and new bike routes we are making it as easy as possible for people who need to get around the city to do so.”