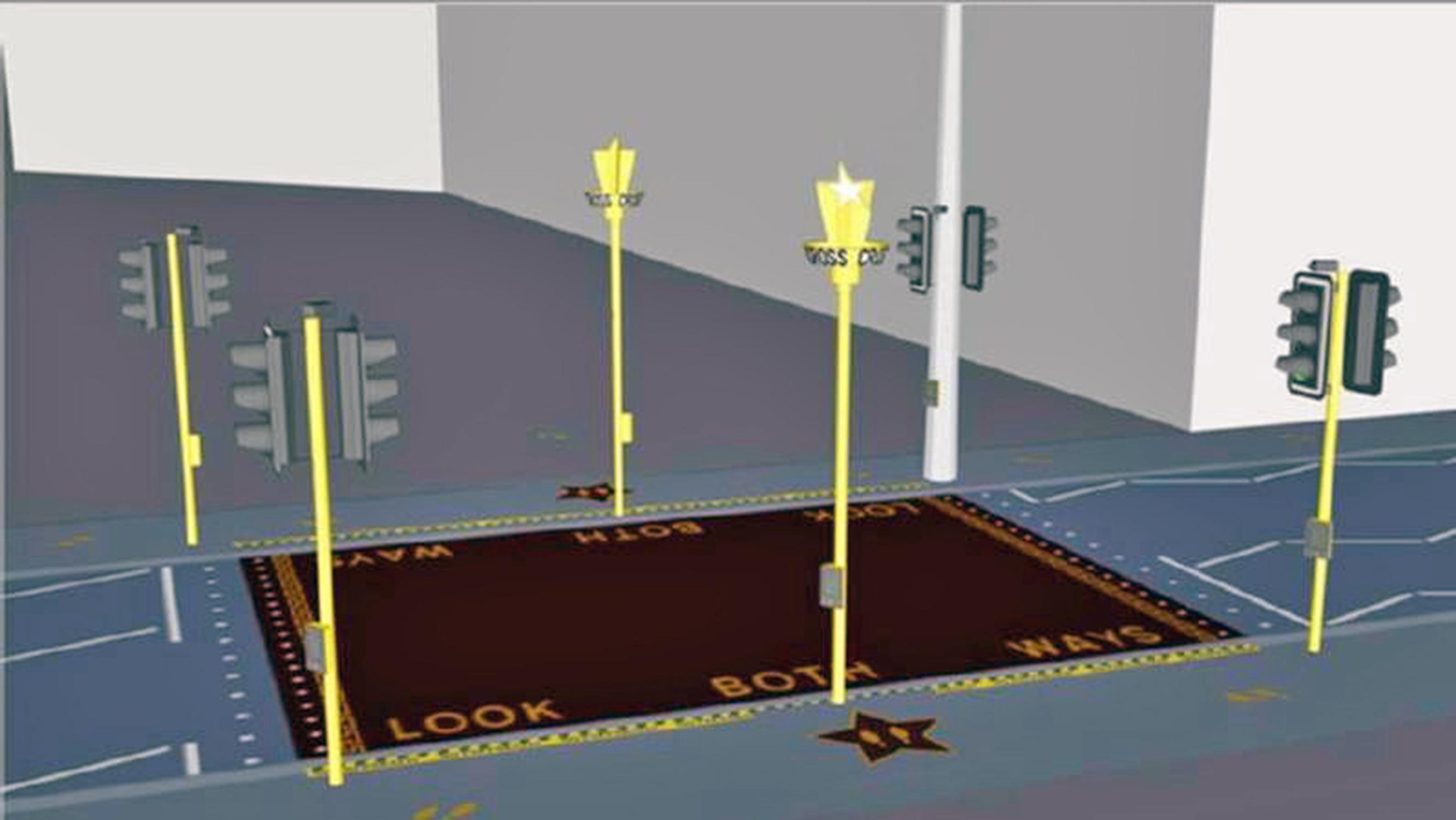 Two new pedestrian crossing designs are to be trialled in Liverpool and Hull in an experiment backed by the DfT.

The two designs have been developed by Liverpool-based behavioural science firm SoMo, which has undertaken in-depth investigation of pedestrian accidents in the city with the help of Road Safety Analysis.

Liverpool had the worst record of all metropolitan district councils for the number of pedestrians killed or seriously injured in 2014-2018, with 466 KSIs.

Liverpool City Council, the Merseyside Road Safety Partnership and SoMo are collaborating on the trial, which has received a £196,253 grant from the Road Safety Trust. Trials should begin next January and are expected to run for 23 months.

The designs will also be trialled in Hull, which has been chosen because it has a comparable road network and socio-demographic profile to Liverpool. Hull City Council and Safer Roads Humber are project partners.

The crossing design to be trialled in the city centre is called the ‘Gold Standard’. An illustration shows the poles for the traffic signals and push button facilities coloured gold, with the push button pole capped by a ‘cross here’ sign in white lettering and a white star lightbox above.

On each of the four traffic signal poles 50W rotating projector lights could be installed, projecting customised patterns onto the crossing area, such as a constellation of stars.

A customised audio system woud play cheering and applause and a “subtle musical score”. “The beeping sound will be heard over the custom audio,” says Liverpool. “The audio will only be played for the duration of the beeps.”

Liverpool says the detailed design for the Gold Standard crossing has been agreed with the DfT and developed into a full-scale prototype.

The crossing to be trialled on a high street is at a less advanced stage of development. Dubbed ‘faster boarding’, it will feature reduced waiting times for pedestrians after they press the push button unit.

The crossing design could also feature gold footprints on the footway leading up to the crossing point, and signage on lampposts (possibly light boxes), pointing in the crossing’s direction.

A light box on top of the signal head might depict a pedestrian in the middle of a stopclock. Travelator arrow markings could be projected onto the crossing when it is used correctly.

The push button display may be surrounded by a light unit with ‘chasing fading lights’ going round in a clockwise direction.

The audio at the crossing could be a “simple ticking sound with pleasing positive completion sound when it’s time to cross”. The sound would “turn off if you cross too early”.

The effectiveness of the designs will be judged by:

Liverpool City Council plans to trial a Gold Standard crossing at the Bold Street/Hanover Street/Church Street junction in the city centre. The location has the highest number of pedestrian casualties of any city centre junction, mainly featuring collisions during weekend evenings and nighttimes, and involving pedestrians on a night out.

Officers had proposed that the ‘faster boarding’ crossing be installed on the Prescot Road, one of the main arterial roads in the city. The council said this week, however, that the location for this trial had still to be determined but that it would be on a busy high street in the outskirts of the city, at a location with high pedestrian casualty figures.

Nicola Wass, chief executive of So-Mo, said: “Liverpool should be proud of the fact that they are taking an imaginative, intelligent approach to road safety.

“These crossings have been informed by the science but designed with a deeper understanding of the people who use them.”