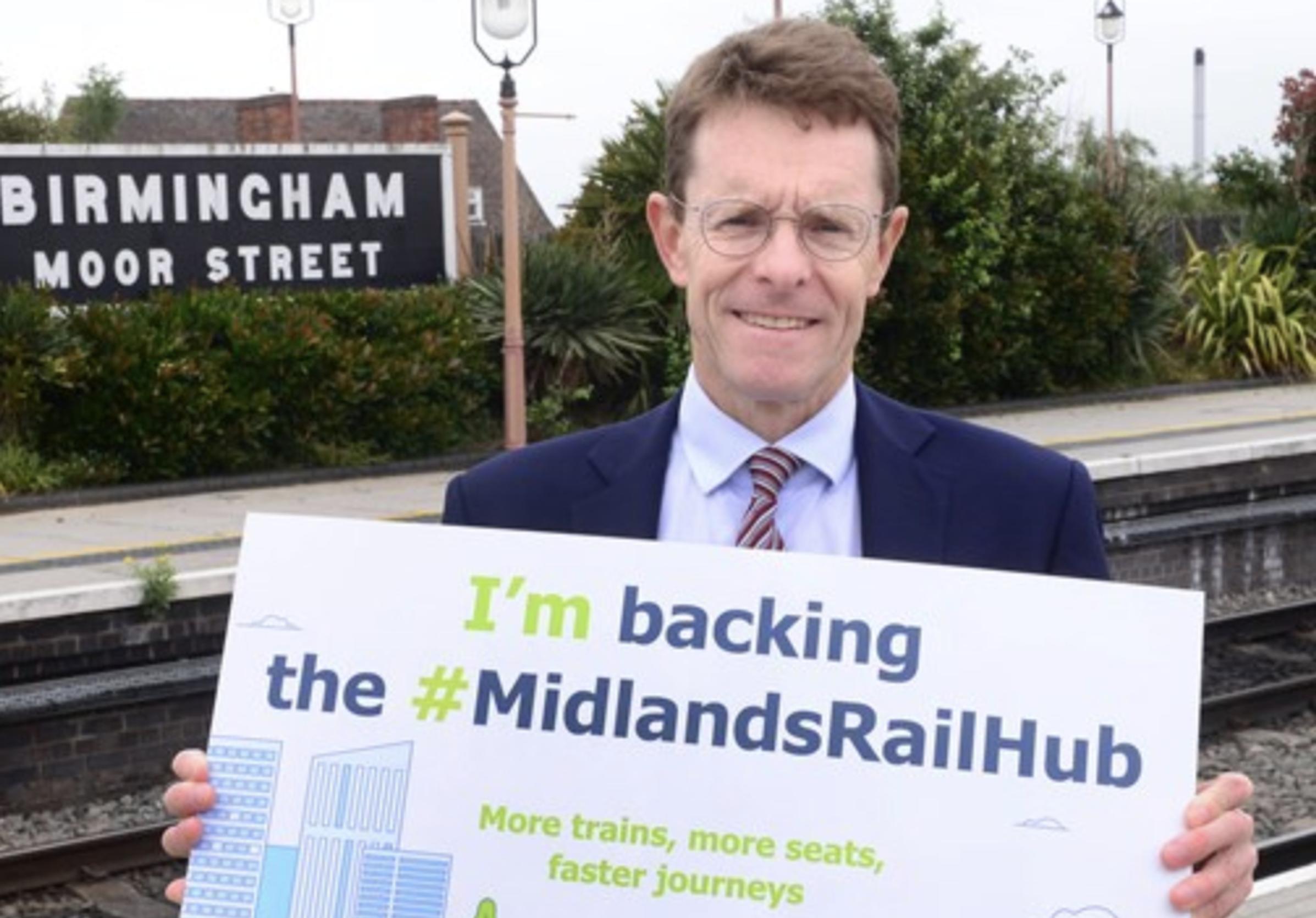 Midlands Connect’s flagship Midlands Rail Hub plans have been awarded £20 million in the Chancellor’s Budget, taking the £2 billion package of improvements to rail services to the next stage of development, and closer to delivery.

Other key Budget news can be accessed here

The proposals include 24 extra train services every hour on commuter and inter-regional services services between towns and cities including Coventry, Birmingham, Leicester, Nottingham, Derby, Lincoln, Worcester, Hereford and beyond. Six million more passenger journeys every year will be made possible, with an estimated annual economic boost of £649 million.

The £20 million government investment means the Midlands Rail Hub can move to the next stage of development, an Outline Business Case (OBC), which will include detailed design, planning and costings.

Midlands Connect is determined to accelerate the planning and then the delivery of the Midlands Rail Hub as soon as possible.  Some of the proposed improvements could start to be delivered during this parliament (from 2024), including the reopening of platform 4 at Birmingham Snow Hill station, and improvements to line speeds between Leicester and Birmingham.

Midlands Connect also welcomes funding for ambitious improvements to Stoke-on-Trent station through the Transforming Cities Fund, and £161 million for Derby & Nottingham, including over £25 million for bus rapid transit in Derby and over £10 million for a new cycle route between Nottingham, Derby and East Midlands Airport.

Midlands Connect chairman Sir John Peace said: “This funding pledge is a firm vote of confidence from the Government that it is committed to delivering the Midlands Rail Hub, an investment that will spearhead an infrastructure revolution and level up the economy.

“We believe in the potential of our proposals to revolutionise the region’s rail network; it means more services, faster journeys and less overcrowding for passengers across the Midlands and beyond. We must now work at pace with the government to make sure that passengers begin to see improvements to their rail journeys as soon as possible.

“Today’s Budget is a positive step towards the government’s commitment to levelling up the economy, ensuring the Midlands Engine is at the heart of the UK’s future prosperity.”

Midlands Connect director Maria Machancoses said: “With this funding commitment, we can now continue to work closely with Network Rail and the Department for Transport to develop a robust business case for the Midlands Rail Hub, bringing the plans closer to reality.

“We will also continue to make the case to government for funding to develop the other six schemes in the wider Midlands Engine Rail programme, a £3.5 billion series of upgrades which maximises the benefits of HS2 and includes plans to enhance UK-wide rail connectivity to Coventry and Birmingham Airport, and improvements to the Derby-Stoke-Crewe and Birmingham-Shrewsbury rail corridors.”