Stagecoach goes it alone with partnership offer to Burnham 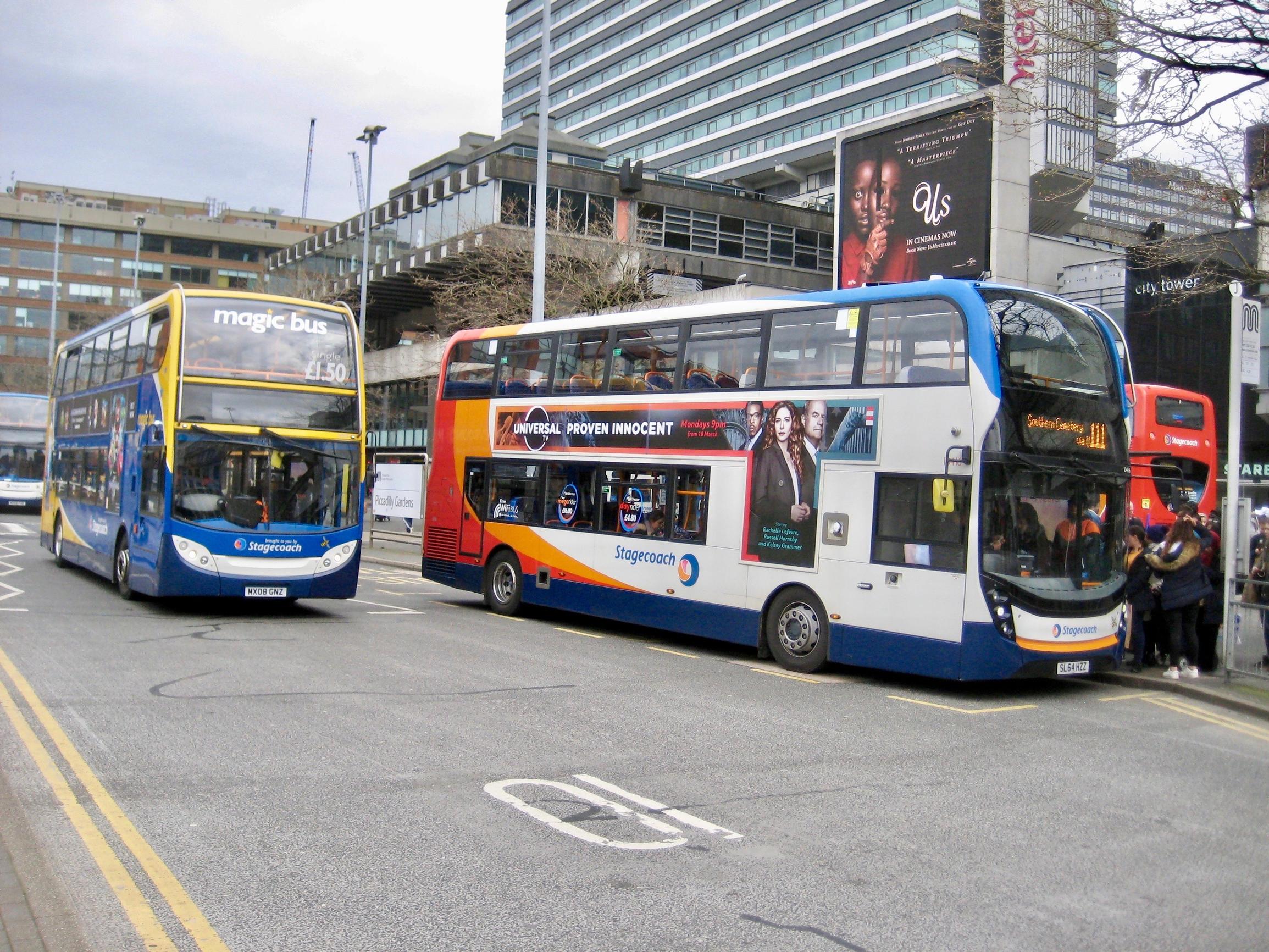 Bus operator Stagecoach has offered Greater Manchester mayor Andy Burnham a new partnership deal that it hopes will end the threat of bus franchising hanging over the company’s operations.

The proposal only covers Stagecoach services, which are concentrated in the south of the conurbation. The operator suggests the partnership model could operate side-by-side with franchising elsewhere in the metropolitan area.

Transport for Greater Manchester launched a consultation on its franchising plans last October. The exercise ended in January and Burnham had been expected to make a final decision on franchising this month. There is speculation that the decision may be delayed until after the mayoral elections in May.

“What we’ve been doing in the last six months is consulting on franchising,” said Burnham last month. “A decision is coming but have no doubt buses will change.”

Greater Manchester’s bus operators previously tabled a collective partnership offer through the OneBus alliance. TfGM was dismissive of the proposal, saying it “would not change the fundamental market dynamics in Greater Manchester” (LTT 25 Oct 19).

Of all the conurbation’s operators, Stagecoach has the most to lose from franchising. Its Manchester operations generate revenue of about £125m a year. The subsidiary delivers a higher operating profit margin than the 10.7 per cent achieved by the group’s regional UK bus operations as a whole (LTT 20 Dec 19).

Key features of the operator’s ten-year partnership proposal, which it says has been developed “through extensive engagement with senior TfGM officials”, are:

The proposal would be open to participation by other small and large bus companies in south Manchester.

Stagecoach says the partnership could deliver improvements from June this year. TfGM’s franchising plans envisage three large area franchises, with the south of the conurbation being the final one to be procured and not coming into operation until January 2024.

A third of the PIF would be  ring-fenced for Transport for Greater Manchester to spend on bus improvements across the conurbation, with the remaining two-thirds allocated to initiatives specifically in south Manchester, such as new routes or bus priority schemes.

Local taxpayers would benefit from up to £25m in savings by Stagecoach “and potentially other bus operators” no longer being paid to run uneconomic socially-necessary bus routes. They would instead be operated commercially.

A unified brand for all bus services across Greater Manchester would still be introduced.

“The new way forward for the region’s buses would be delivered under a new contractual agreement with Greater Manchester Combined Authority,” says Stagecoach. “It would see a partnership approach in the south of Manchester seamlessly integrated with any franchised or partnership system that may be adopted in the north, delivering one easy-to-use network.”

On governance, Stagecoach says: “A new joint board, chaired by the mayor and including executives from the combined authority and bus operators, would ensure greater public influence over the bus network and accountability of bus companies for their performance.”

Elisabeth Tasker, managing director of Stagecoach Manchester, said: “We are ready to start introducing these improvements in a matter of months, working constructively with politicians across Greater Manchester to deliver on our promises and give the region the high quality bus network it deserves.”

TfGM’s franchising consultation generated more than 8,000 responses. Before Burnham can make his final decision, a report on the consultation will have to be presented to the GMCA.

Asked about Stagecoach’s offer, Sir Richard Leese, the deputy mayor of the GMCA, told LTT: “This independent partnership proposal, which was submitted during the consultation period, will be considered as part of the analysis of all consultation responses. Ultimately, what will drive the mayor’s decision is what is right for passengers and our city-region’s future public transport network – across all of Greater Manchester.”