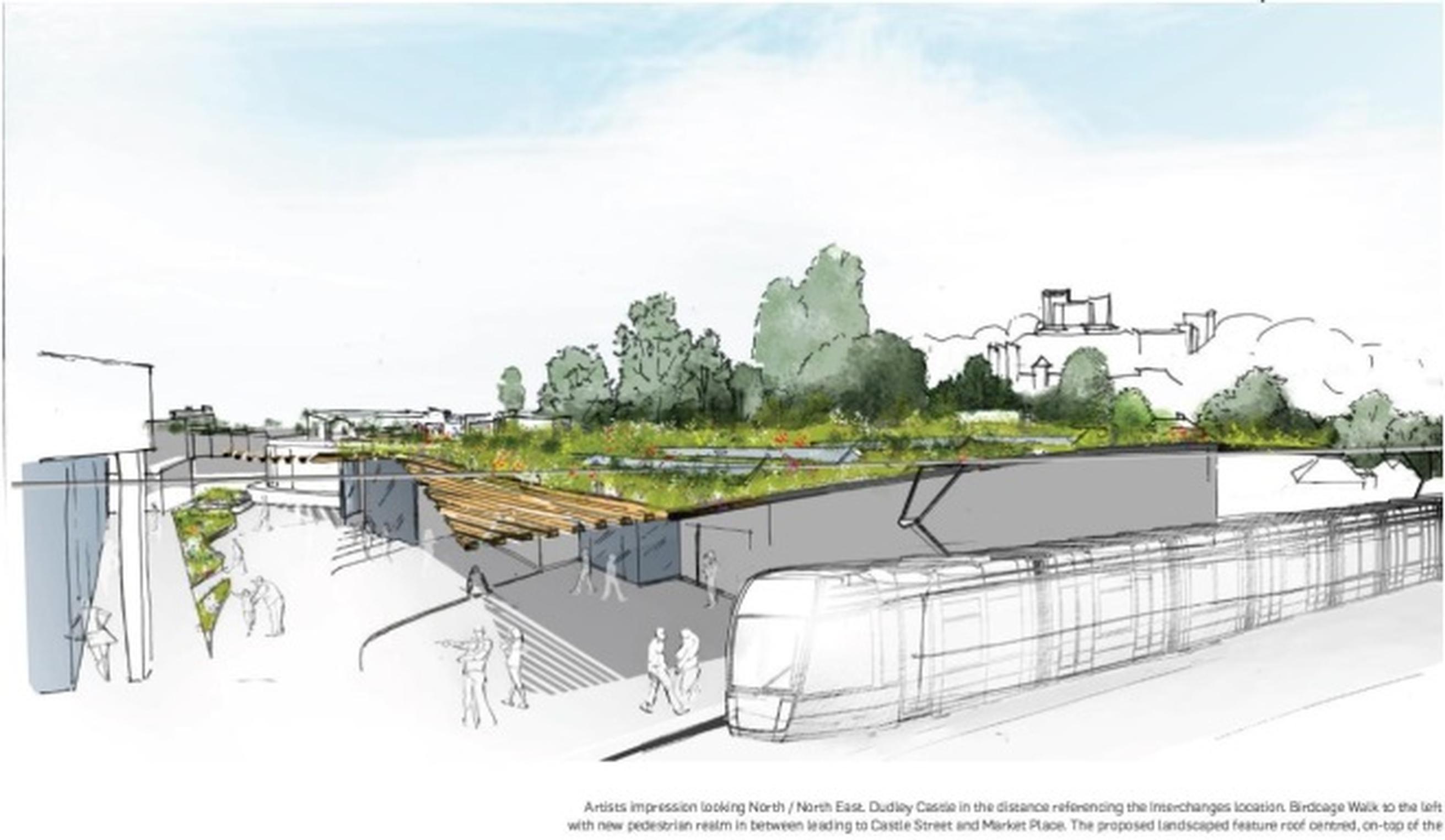 The regeneration of Dudley town centre is underway with work starting on the long-awaited Metro tram line and confirmation that local eyesore (according to the local press) Cavendish House office block will finally be torn down.

Cavendish House has ‘blighted the town’s skyline for years’ but, following the intervention of the WMCA, will now be knocked down within weeks, paving the way for the wider £82m Portersfield development featuring retail, leisure and housing.

The Metro extension, which is being delivered by Transport for West Midlands (TfWM) and funded by the WMCA, will further transform Dudley, offering a long-awaited rail transit connection to the rest of the region, driving investment and economic growth.

The Mayor, a former managing director of John Lewis, said: “This is a massive day for Dudley, which like other towns in the West Midlands has been hit hard by changes in modern shopping habits and other factors, resulting in empty shops and offices and a lack of engaging spaces for the local community.

“But the WMCA is committed to reversing this decline, and I can’t think of a more visible symbol of ushering in a new era for Dudley town centre than the demolition of Cavendish House. This eyesore has blighted and held back the regeneration of the town for more than a decade, and I am delighted the WMCA could play its part in making sure this monument to stagnation is gone for good.

‘The future success of town centres will also hinge on transport links, and so it is great to see work progressing on the Wednesbury to Brierley Hill Metro line, helping to better connect the borough of Dudley with the wider West Midlands.’

Cllr Harley added: “I am absolutely delighted that the end is now in sight for Cavendish House.

‘It has been a blot on the skyline of the town centre for far too long but today’s news is a symbol of the recovery and resurgence of Dudley.

‘Within weeks the building will finally come down and work will start on another exciting development for the borough.

'We plan to invest more than £700 million in the town centre over the next five years. Along with the new bus and tram interchange, and the proposed Metro extension from Wednesbury to Brierley Hill which will run through Dudley, it promises an exciting future.’

The Portersfield development will sit immediately next to a new £18m interchange station being built by TfWM, which is part of the WMCA, to link  buses, trams and later Sprint rapid transit buses.

To mark the start of the tramway, the Mayor and Cllr Harley joined workers building a £4.33m wall at Castle Hill, which is the first physical structure of the project.

The wall is currently being built with money from a grant agreement funded from the WMCA with completion expected this summer.

When it opens to passengers in 2023, the Metro extension from Wednesbury to Brierley Hill will offer people vastly improved transport links with up to 17 stops including Dudley Town Centre.

The WMCA deal for Cavendish House finally ends decades of inactivity on the site with several attempts to clear the vandalised 1970s block and regenerate the area failing to materialise.

The WMCA stepped in to fund its demolition as part of a massive, region-wide urban renewal programme using hundreds of millions of pounds to help unlock stalled sites for redevelopment.

The programme is focussed on transforming derelict industrial land (brownfield) with new homes and commercial premises as well as schemes that can help reverse the decline of struggling town centres and high streets.

To support high streets, the Mayor set up a Regional Town Centres Task Force last year made up of prominent people from the worlds of retail, development, finance, housing, education and Government to work with local councils on moving forward redevelopment plans for town centres in the West Midlands.

Jon Bramwell, a managing director at HSBC UK Commercial Banking and chair of the Taskforce, said: ‘The Taskforce brings together expertise across the private and public sectors with an ambition to transform the spaces at the centre of our communities, and breathe life back into town centres across the West Midlands.

‘The requirements of our town centres have changed, with a greater emphasis on places for social interaction and experiences, small businesses and public services. In addressing these needs, we aim to help these towns realise their full potential, and to attract people back to our high streets.’