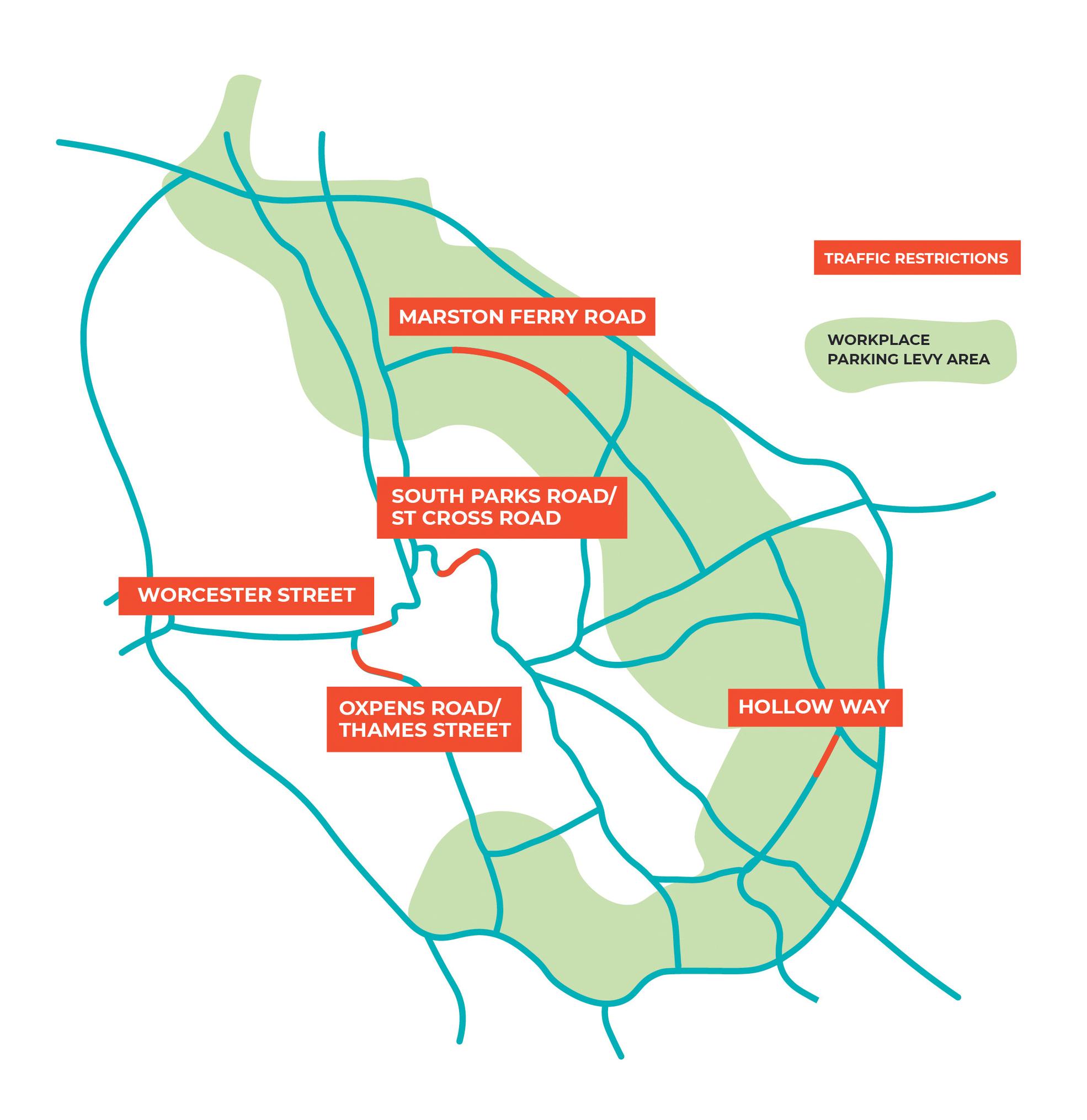 Oxfordshire County Council is to prepare a business case for a workplace parking levy covering some of the least accessible parts of the city.

The levy would cover the city’s eastern arc inside the ring road, including parts of north Oxford, Marston, Headington and Cowley. This is a major employment area accounting for just under half of the city’s commuter car parking spaces. The levy would not apply elsewhere, such as in the city centre.

Oxfordshire says the WPL area has been designed to cover the path of proposed high frequency bus routes that will link major employment sites in the area to park-and-ride facilities and larger towns in Oxfordshire. The WPL area covers everywhere within the ring road that is within about a ten minutes’ walking distance of the proposed bus routes.

The council says the annual workplace parking levy charge will likely be somewhere between £400 and £600 per space. Sue Halliwell, Oxfordshire’s director of planning and place, said this was a “working assumption” based on the need to fund new bus services, and cycle and pedestrian infrastructure that are estimated to cost between £60-£100m.

Formal consultation on a detailed proposal will be held in winter 2020/21, and a public inquiry into the WPL could take place in May/June next year, after which the DfT would be requested to approve the scheme in autumn 2021.

Halliwell said the case for expanding the WPL’s area of coverage would be considered in the business case work. The University of Oxford wants the WPL to cover other parts of the city as well.

Oxfordshire and Oxford City councils are developing the proposals under the Connecting Oxford brand.

The councils plan to set up a Connecting Oxford Partnership, which will include employers and businesses affected by the WPL.

Oxfordshire is also proposing the introduction of further ‘bus gates’, which restrict general traffic and are enforced by cameras.

These wil reduce the number of vehicle trips passing through the city centre.

In the Eastern Arc, two bus gates are proposed on Marston Ferry Road and Hollow Way to reduce traffic on the B4495.

The council also plans to roll-out further controlled parking zones (CPZ), in addition to nine that were approved in April 2019 for formal consultation.