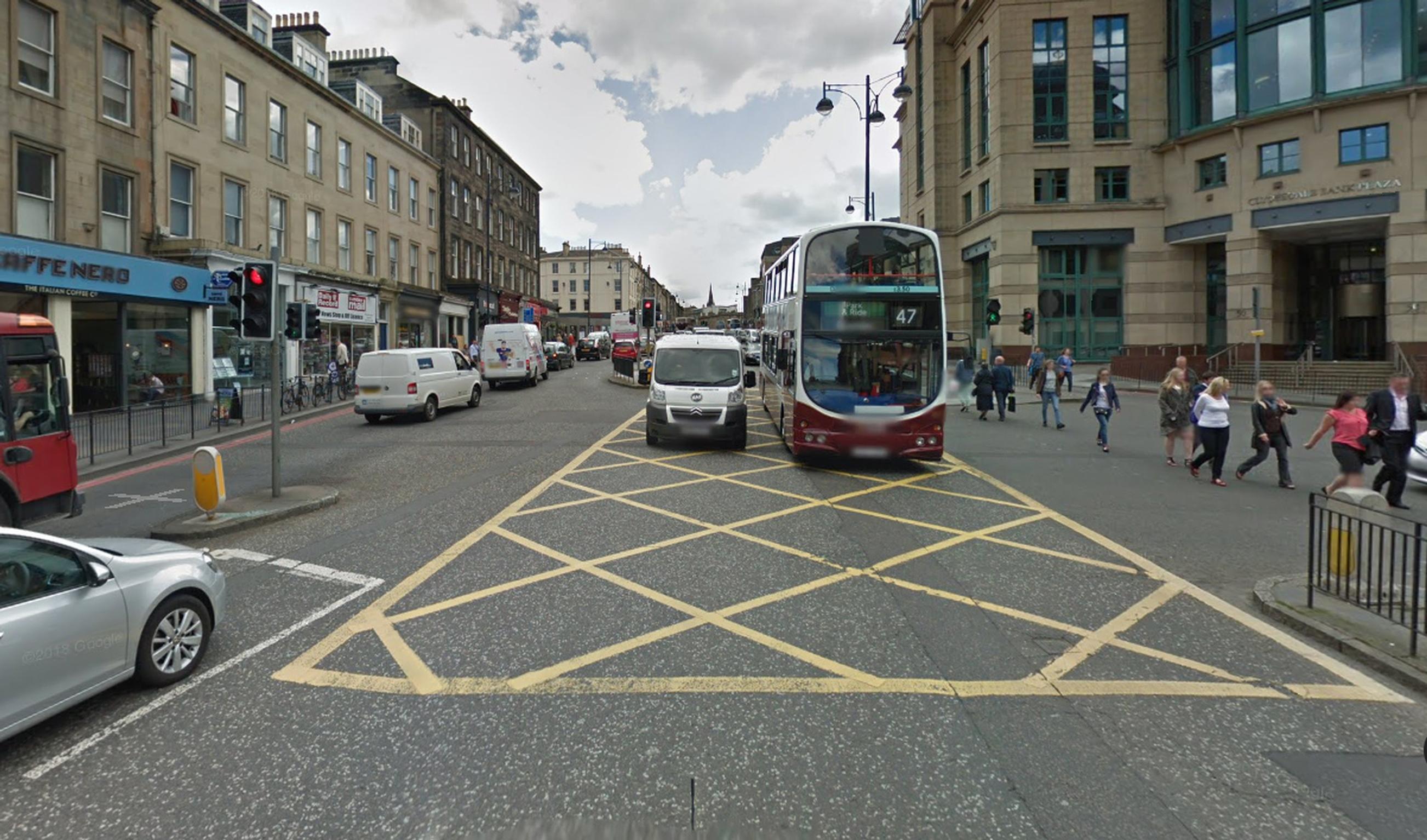 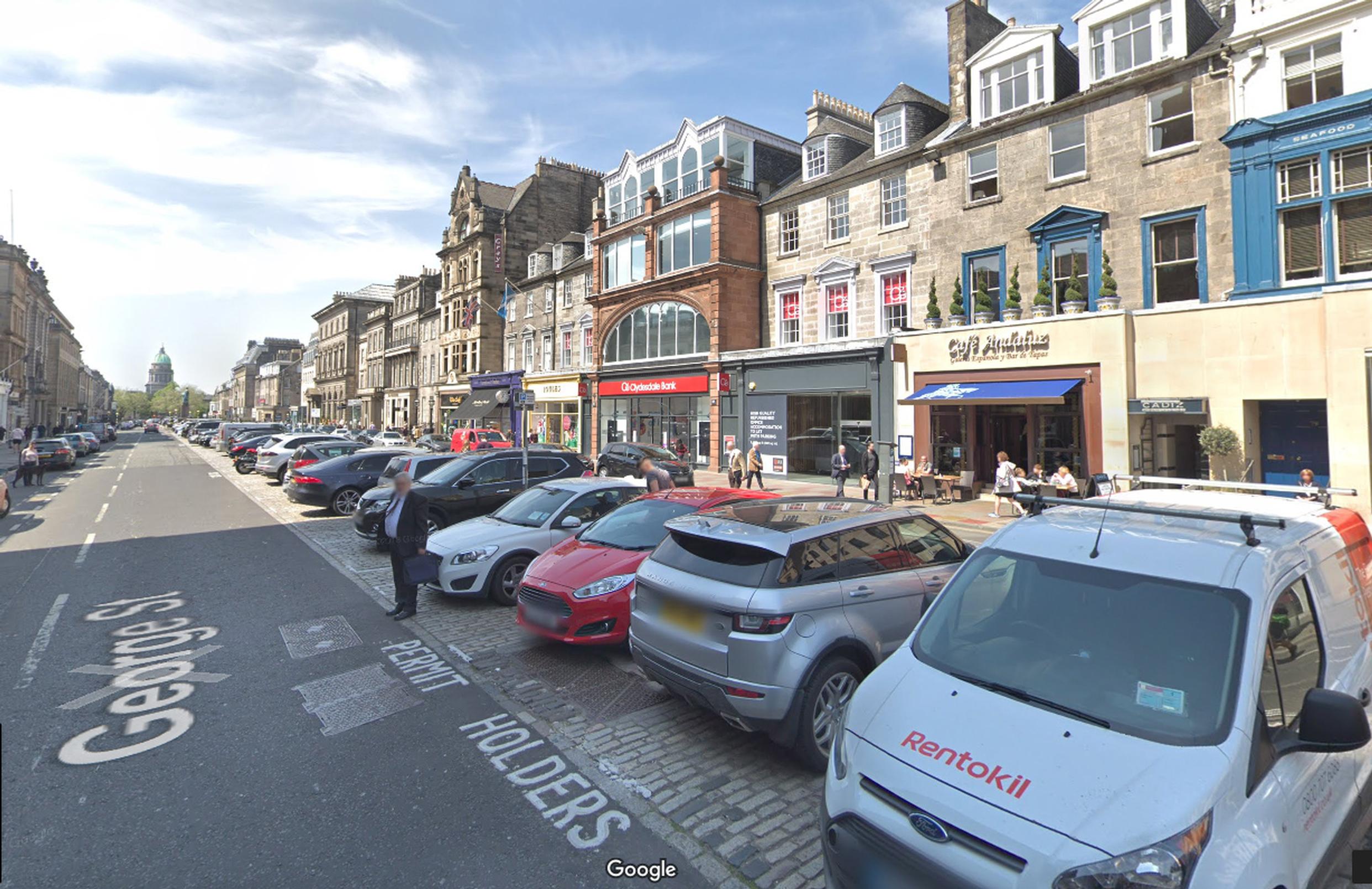 The City of Edinburgh Council is consulting on a ten-year plan to reduce vehicular traffic on city centre streets.

Delivery of the ‘city centre transformation’  programme is expected to commence next year. Proposals include: a pedestrian priority zone of car-free streets; segregated cycle routes; a free city centre bus route; lifts or other forms of vertical connections between streets; a new walking and cycling bridge across the Waverley valley; reduced on-street car parking; and a low emission zone (LEZ) (see below).

The strategy identifies six ‘catalyst areas’ in the city centre, where major investments are proposed. These are:

• Haymarket/West End – the council wants to create a “high quality arrival experience” west of the city centre, with good links to employment areas such as The Exchange, Morrison Street and Rutland Square/Lothian Road

• Lothian Road – this heavily trafficked north-south connection at the west end of Princes Street could be turned into a “welcoming multi-modal tree-lined boulevard”. Street space would be re-allocated away from vehicles to provide widened footways, segregated cycleways and rejuvenated public spaces

• Princes Street and the New Town would become a pedestrian-focused environment. Bus movements could be reduced and better east-west pedestrian crossings provided

• Old Town – reduced traffic would make the area quieter and better for pedestrians. General traffic could be restricted from a larger part of the Royal Mile.

• Waverley/Calton – public realm improvements would be made to Waverley station’s entrances, with Waverley Bridge closed to traffic. New vertical access routes such as lifts could be installed to link the station to  surrounding streets. A pedestrian and cycle bridge could be built across the Waverley Valley, connecting Jeffrey Street, south of Waverley station, to Calton Road to the north.

• Innovation Mile – public realm improvements would be made south of the city centre in the University of Edinburgh area, with better east-west walking and cycle routes. “The proposal includes potential for the future introduction of a tram, providing a city centre loop, with Potterrow [by Bristo Square at the university] as an interchange between tram, bus, cycle and walking routes,” says the council.

The proposals have been developed by a team of council officers led by Daisy Narayanan who is on secondment to the council from active travel charity Sustrans. Consultants Turner and Townsend and Jacobs UK have assisted with the work, which has been funded by Sustrans’ Community Links programme.

One of the first projects to be progressed will be a segregated cycle route from the Meadows, south of the city centre, to George Street in the New Town,  north of Princes Street. Consultation on this project commences on Monday.

The route would run along George IV Bridge, The Mound and Hanover Street. At George Street, it would connect with the proposed city centre west to east cycle link (see panel below). The project includes closing Bank Street on the Mound to general traffic between Market Street and the High Street, but retaining through access for bus services, licensed taxis, servicing and local residents.

The estimated construction cost of the cycle route is £13m. The council envisages at least £6.5m coming from the Scottish Government’s Places for Everyone fund.

Design work is getting underway for a proposed £32.5m project to transform the public realm of George Street in Edinburgh’s New Town.

The east-west street, which parallels Princes Street, is known for its high end retailing, bars and restaurants.

A consultation on a draft concept plan was launched late last year. The council proposes widening pavements on both sides of the street and installing a two-way segregated cycleway on the south side.

This will be achieved by removing almost all parking spaces on the street, including the 192 median pay-and-display bays. Some parking for blue badge holders and residents will be retained, along with loading facilities.

The council has still to decide how to segregrate the cycle route from pedestrians and vehicles.

The Royal National Institute of Blind People has told the council that the cycle path must be clearly delineated with signalised pedestrian crossing points. Cycle groups Spokes and Cycling UK Scotland expressed concern that the concept design for the cycleway was level with the footway and separated by a tactile surface. They think it should be separated by a kerb.

Says the council: “There is an important equalities dimension to this, to ensure  users of the street who are blind or visually impaired are able to discern distinct areas, whilst people using walking aids, wheelchairs or pushing buggies are able to easily cross the street where desired.”

Junctions on George Street will have to be redesigned to accommodate the cycleway.

The proposals also envisage seating areas on the north side of the street and ‘plaza’ areas in the middle of each block to reinforce the views of key buildings, slow traffic down and facilitate cross-street movement mid-block.

The next stage of the project is to develop the preliminary design, which will be reported to the council’s transport and environment committee in September.

Construction is not expected to commence before May 2021.

The council hopes the project’s further development and delivery will be part-funded by Sustrans Scotland’s Community Links Plus fund.

Sustrans and consultants WYG and LDA Design are assisting the council on the project.