The London-West Midlands high-speed railway will take at least four years longer to build and cost twice as much as the Government claims, two prominent critics of the project told MPs this week. Andrew Forster reports 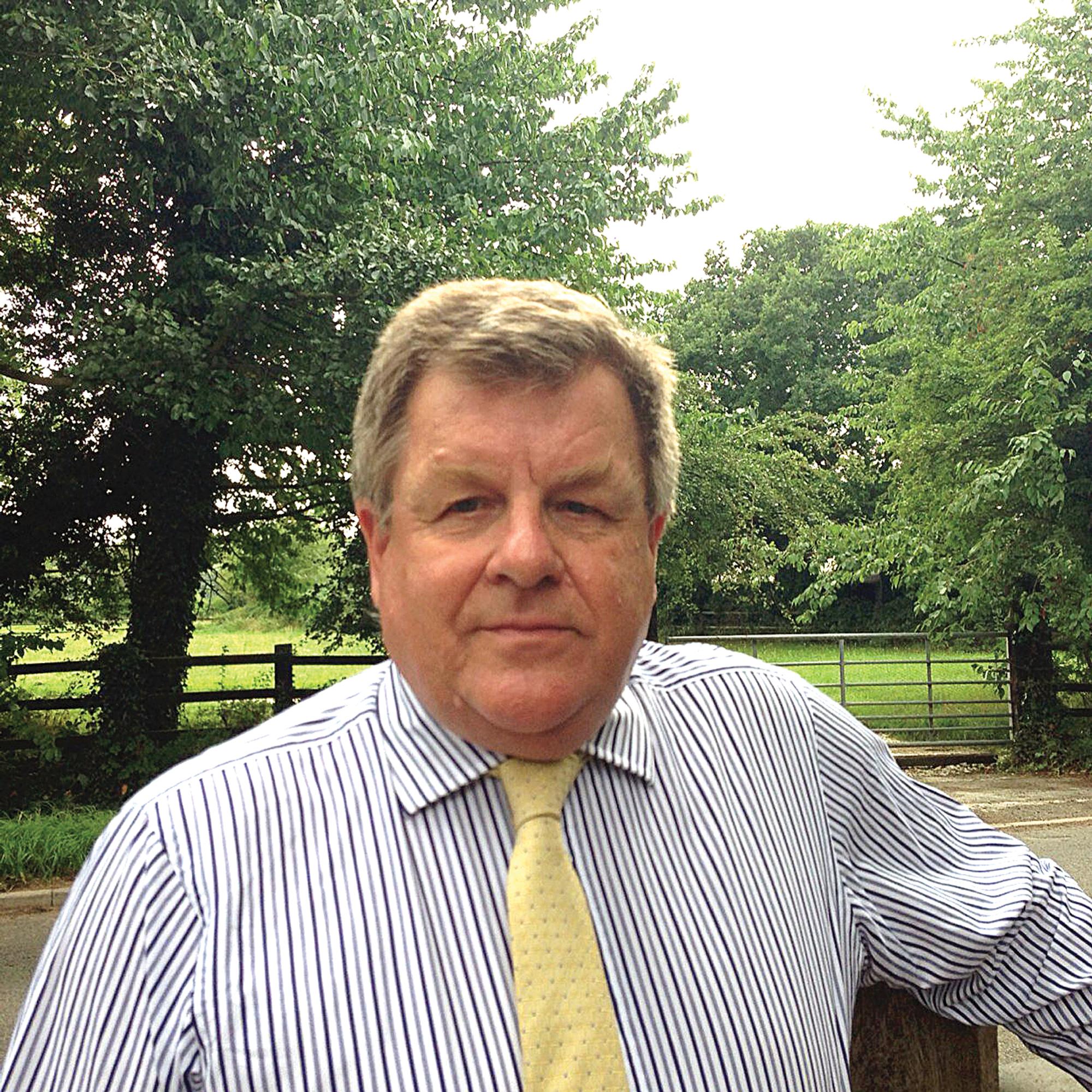 With the House of Commons breaking up for the summer recess next week, opponents of HS2 will be hoping MPs find time to browse two critical reports into the project while in their holiday villas. The Government says phase one of HS2, the London-West Midlands section, will open at the end of 2026 at a cost of £27.2bn. Lord Berkeley, the former chair of the Rail Freight Group, and quantity surveyor Michael Byng disagree. This week they sent every MP two papers, one setting out why the Government’s costs and timetable for the project are wrong, the other arguing that the project should be axed in favour of smaller-scale improvements to the rail network.

The costing paper is actually the third edition of a cost assessment of HS2 phase one by Byng’s company, mbpc infrastructure. The first edition was published in January 2017, the second last July, and the new edition covers changes to the project scope in the last 12 months.

Asked about this new version, an HS2 Ltd spokesman told LTT this week: “To be honest, it’s very difficult to comment on figures like this, when we have no idea where they come from – and when they are just so far from reality. HS2 remains on track and within budget.”

Byng estimates that the cost of phase one will be £55.99bn, in Quarter 4 2015 prices (and excluding rolling stock) – more than twice the Government’s estimate of £27.18bn. Meanwhile, he believes project completion is likely to be delayed until the fourth quarter of 2030 – four years later than the Government’s current estimate.

His paper itemises the factors he says are pushing the project’s cost up and lengthening its delivery timetable. The station plans for Euston, Old Oak Common, Birmingham Interchange and Birmingham Curzon Street are all experiencing problems, he says.

“Proposals for the station at London Euston, recently published, appear to require a larger footprint than that indicated prior to Royal Assent [of the hybrid Bill for  phase one],” says Byng. “There remains very considerable doubt that HS2 can gain access to the station due to the existence of severe engineering problems in proposed approaches to the new station; the resolution of the engineering problems may well damage, irretrievably, the access to the station required by the ‘classic railway’, managed by Network Rail.”

Turning to Old Oak Common, he writes: “The scope and layout of the station at Old Oak Common continues to increase with alternative designs proposed to accommodate all traffic from HS2 Phases 1, 2A and 2B as well as interchanges with Crossrail 1 and the ‘classic railway’ via the franchise currently operated by Chiltern Railways.”

As for Birmingham Interchange, close to Birmingham Airport, the plan “has increased in scope and complexity since the grant of Royal Assent, as it now forms part of a wider ‘Midlands Central’ property development proposal; local authorities in the area have suggested that the proposal will require powers in addition to those included in the HS2 Phase 1 Act to permit its construction, thus delaying the project.”

The terminus station at Birmingham Curzon “remains as described in earlier versions of this commentary, however the land required for the rail access to the station is subject to potential challenge by current owners via a Judicial Review of HS2 Limited’s powers to acquire land and the terms on which the company can do so. Should this judicial review proceed, the possible delays to the project amount of two years based on recent experience in the West Midlands.”

Enabling works, required before the main construction works can begin, are likely to take considerably longer to complete, says Byng. “The drawings deposited by HS2 Limited on the DfT website indicated that there will be a minimum of 561 enabling works packages, which will need to be completed before the major works to create the ‘railway corridor’ can commence,” he says. “Even in relatively small areas such as Stoneleigh Parish Council, in which the National Agricultural Centre is situated, there are 16 enabling works packages requiring an estimated three years to complete if executed concurrently... Along the route if similar enabling works are constructed concurrently, then the completion of the enabling works, assuming all permissions required from third parties such as utility suppliers and undertakings as well as all land required for them is achieved, will require a period of three to four years before major works can commence.”

Then there are the ground conditions. “Emerging difficult ground conditions are adversely affecting the choice of track foundations,” he says. “With the exception of track in tunnels or in infrastructure maintenance depots and traction depots, all plain line track and switches and crossings are laid on precast concrete paved track.

“The additional time required for the enabling works packages and to accommodate the increase in the complexity of design caused by previously undeclared ground conditions amounts to an estimated four years.”

Byng says HS2 Ltd has underestimated land and property costs too. “The land acquisition programme has not been met, thus jeopardising the entire project delivery programme for HS2 Phase 1 and increasing the cost of its delivery.

“The cost of land required permanently or temporarily for the project was understated in the budget on which the Government funding envelope [for the project] is based; the property cost estimate prepared by HS2 Ltd and corroborated by outside consultants was assessed at £4.8bn in 2015, to acquire between 10,000 and 13,000 property interests along the route. The programme necessary to acquire these interests was set at 24 months, and required a very substantial organisation of surveyors, competent in compulsory purchase work, to achieve it. It has become clear since the publication of the last version of the commentary that the resources were not put in place; with the staff available to HS2 Limited, they would have had to acquire 25 property interests per working day during the two year acquisition period.”

In the second paper, Berkeley and Byng discuss what should be done. “The project gives the appearance of a rudderless high-spend dinosaur trampling over the route with little concern for residents, business or others affected,” they say. “Maybe the time has come to abandon this absurd pipe-dream and spend a fraction of the money on smaller upgrades to the existing rail network, which will achieve what passengers and freight customers want, without the massive disruption to peoples’ lives along the HS2 route.”

They say ministers have rejected their previous suggestions of:

Berkeley and Byng say the Government has already spent about £3bn on HS2. “If it were stopped, there would be compensation paid to those affected, but the total is unlikely to be more than £1.25bn. That will still save the Treasury nearly £100bn based on the current independent estimate of cost [for phases 1, 2A and 2B] but, equally importantly, removes a decade of uncertainty and aggravation for residents and businesses along the route.”

They say the priority for the rail network is more capacity, not higher speeds. “Current evidence is that rail demand is stronger in the local and regional sectors than in the long-distance ones. It may therefore be sensible to revisit HS2’s traffic and revenue forecasts but also to take this trend into account when suggesting alternatives to HS2 using existing routes.”

Alternatives to building HS2 could include:

• routing some Chiltern trains from Birmingham to Paddington via a stop at Old Oak Common, to connect to Crossrail and Heathrow

• reinstating the line from Olney, on the Midland Main Line, to Northampton, then four-tracking the?route from Northampton to Rugby, Coventry and Birmingham

• electrifying the existing route from Doncaster and Leeds to Sheffield, Derby, Birmingham (New Street), and extending to Cheltenham, Bristol, and beyond to Taunton, Exeter and Plymouth for speed and capacity

“It would be good to think that the £100bn saved [by cancelling HS2] could be invested back into the existing rail network to improve it,” say Berkeley and Byng. “That is unlikely to happen. However, a phased approach to enhancements as outlined above would be achievable at a fraction of the cost of HS2.”