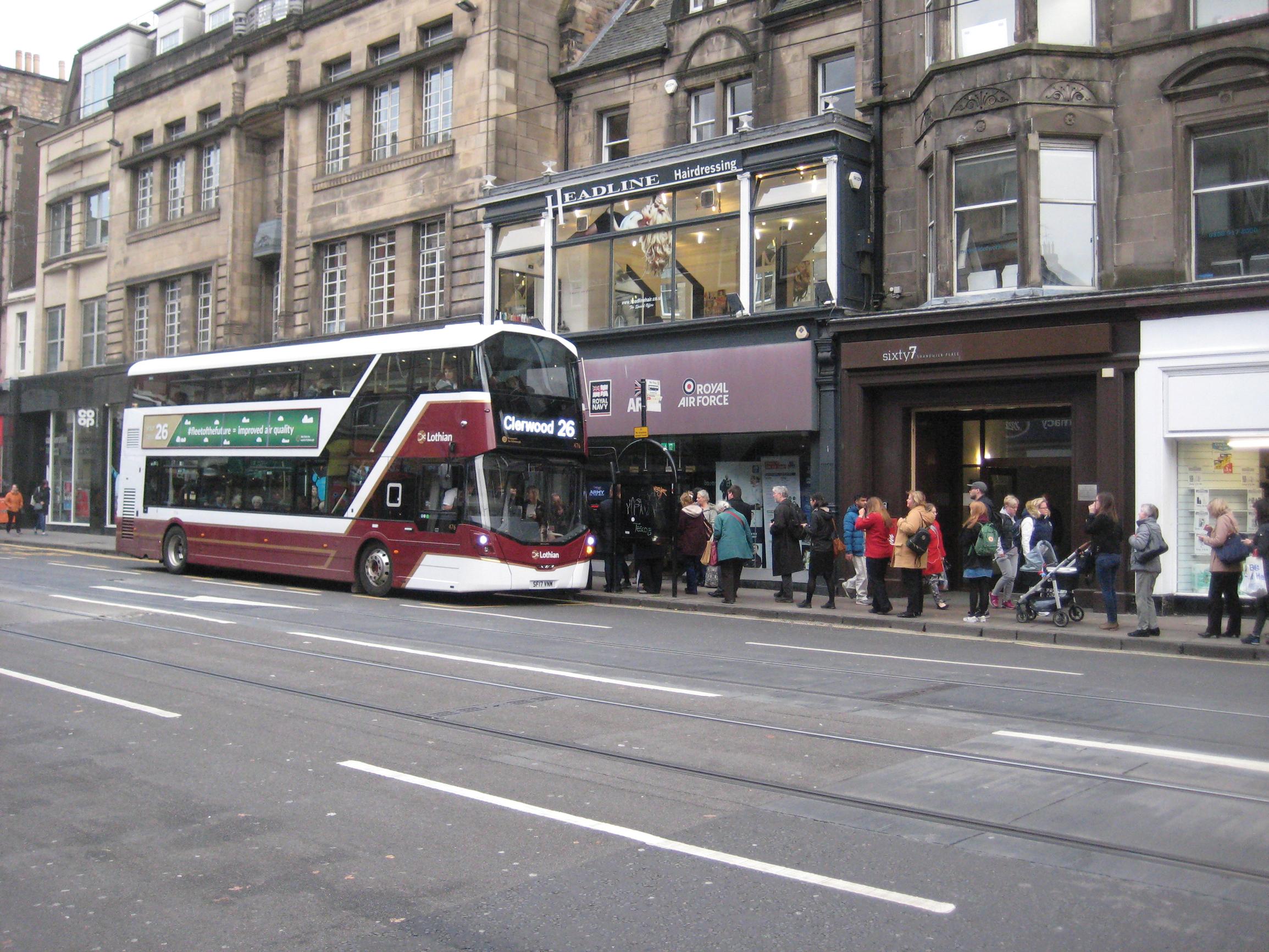 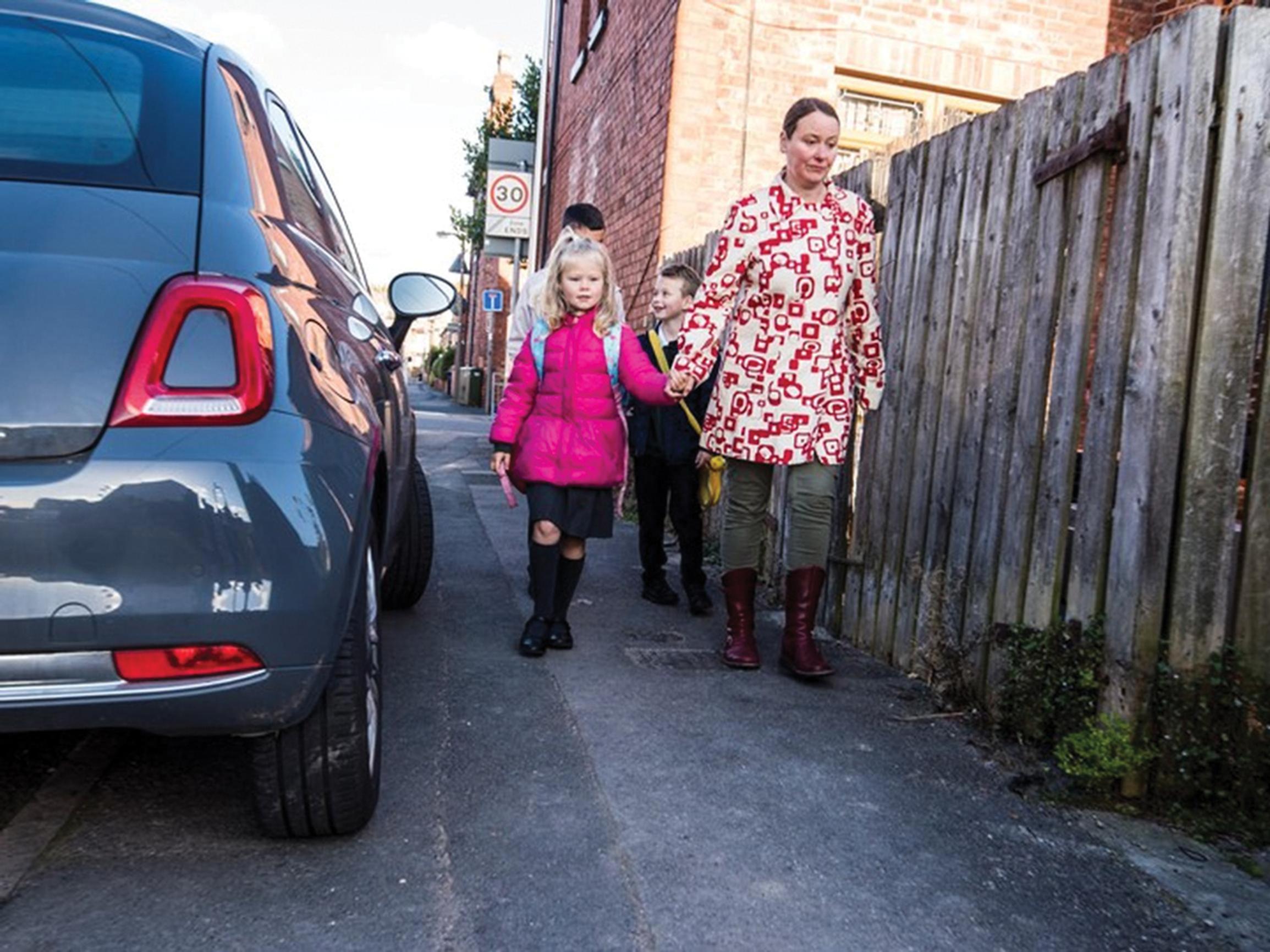 All local authorities in Scotland will be given the power to implement bus franchising, under powers contained in the Scottish Government’s new Transport (Scotland) Bill. The Bill also includes powers for the creation and enforcement of low emission zones, ticketing schemes, and parking.

The draft legislation is split into six parts, and the buses section (part two) contains a wide range of new powers, including a new form of partnership – Bus Service Improvement Partnerships (BSIPs) – which the Government hopes will prove more popular than the statutory quality partnership scheme powers contained in the Transport (Scotland) Act 2001. Uptake of the latter powers has been “disappointing”, says the Government, with only five quality partnership schemes adopted and with limited success in improving services.

BSIPs will involve local transport authorities formulating a plan (a BSIP plan) with operators in their area and deciding how best to implement the plan through supporting schemes (‘BSIP schemes’). The plan and scheme(s) must be voted on by operators before the BSIP can progress. If agreed by a sufficient number of operators, all operators in the area of a scheme must provide services that meet the service standards set in the scheme or risk losing the right to operate the service through deregistration.

BSIPs require the local transport authority to commit to action for the scheme or plan in some way but, like the new advanced partnership scheme model in England, the requirement that infrastructure must be included is removed, allowing authorities to bring forward ‘measures’ such as on car parking, instead of, or in conjunction with, the provision of facilities. BSIPs will also offer an extended range of available service standards that can be required of operators.

Bus franchising is already possible in Scotland via quality contracts, as provided for by the 2001 Act. Use of the powers has never, however, been attempted. The Government says feedback from local transport authorities is that the quality contract system is “too burdensome even to attempt in its current form”.

The Bill therefore introduces a new form of local service franchising that will be available to all local transport authorities and some regional transport partnerships (those such as Strathclyde Partnership for Transport that have a wide range of powers). “The existing quality contract system required the authority to be satisfied before making the scheme that it was necessary for the implementation of the authority’s relevant general policies and would implement those policies in a way which was economic, efficient and effective,” the Government explains. “The Bill lowers the threshold for considering franchising and instead provides a thorough assessment process which the local transport authority must follow to develop deliverable and effective proposals.”

Authorities will have to set out how the franchise will contribute to the implementation of their relevant general policies. The process will include an audit of the financial aspects of the authority’s proposals. Once the assessment process has been completed, the franchising proposal will be assessed by an independent panel appointed by Scotland’s traffic commissioner “who will consider whether the authority has come to a reasonable conclusion in deciding to make such a scheme”.

Where franchising is introduced, existing operators would have to cease providing local services unless they were awarded a franchise contract. “These provisions potentially engage the protection of property rights under the ECHR (the European Convention on Human Rights),” says the Government. “However, these rights are not absolute and if there is an interference with those rights this can be justified where it is in the public interest, proportionate and is in accordance with the law. The Bill respects those principles.”

The Bill clarifies that councils can run their own buses directly or via an arm’s length company such as Lothian Buses, which is owned by four councils – Edinburgh (by far the majority), West Lothian, Midlothian, and East Lothian. “A number of local authorities have indicated a desire to run their own buses either directly or via an arm’s length company,” says the Government. “Although a few authorities already run a number of bus services of different kinds under a variety of existing provisions, more report that the existing legislation around this issue is unclear and that this inhibits them from pursuing this option.”

The Government believes this will be particularly useful “where there is a need for the provision of public transport but there are few or no commercial operators running services commercially or submitting tenders for subsidised services”.

Other bus powers in the Bill will require operators of local services to provide information on routes, timetables, actual running times (real-time and in the past) and fares publicly and in a specified format. “In exercising the powers, it is proposed to ensure consistency as far as practicable with similar requirements being developed in England under powers in the UK Bus Services Act 2017 in order to minimise costs and make best use of shared systems, including those of the larger operators which provide services in both jurisdictions,” the Government explains. “Consideration will be given to developing the existing Traveline Scotland journey planning service as part of the new arrangements.”

The Bill gives local transport authorities the ability to request information about the revenue and patronage of a bus service following notification that it is to be de-registered or, in certain circumstances, varied. This responds to a recommendation of the 2011 local bus services market investigation by the Competition Commission (now the Competition and Markets Authority).

Part three of the Bill covers public transport ticketing. The Scottish Government has dropped previous plans to introduce a national interoperable smart payment scheme for public transport. The intention had been to develop an e-purse – a pay-as-you-go system via a smartcard or mobile app which would be pre-credited via an online account or other means of topping up or buying credit.

“This tri-partite commercial agreement (between the Scottish Government, an e-purse provider and public transport operators) would have provided the means by which participating operators could offer a consistent smart payment option,” says the Government. “The e-purse was, however, seen by operators as interfering too far in the commercial market and utilising a technology which was not the best available with the rapid growth of contactless bank card or mobile payments.” The Government has therefore decided to axe the plan.

A national technological standard for the implementation and operation of smart ticketing is included in the Bill. “The intention is that this will facilitate greater interoperability and will help make smart ticketing more consistent and attractive,” explains the Government. “This does not preclude other technologies and infrastructure using different standards being used within arrangements and schemes.”

The Bill also establishes a National Smart Ticketing Advisory Board to advise the Scottish ministers on the national technological standard and their other functions in relation to smart ticketing arrangements.

The first part of the Bill covers low emission zones (LEZs), which ministers have already promised to deliver for Scotland’s four largest cities: Glasgow, Edinburgh, Aberdeen and Inverness. Glasgow is set to be the first city to have an LEZ with the city council targeting an implementation date of 31 December this year. It will initially cover buses only but will be extended to all types of vehicle from December 2022.

The Bill will enable the creation and civil enforcement of LEZs by local authorities and allow the Scottish Government to set consistent standards for emissions, penalties, and certain exemptions from the zones, primarily through secondary legislation. Although the specific emissions standards will be set by regulations and not in the Bill, the Government says it “may be a reasonable assumption that this will be consistent with the general leading emission standards for low emission zones established in Europe – presently Euro VI/6 for diesel vehicles and Euro 4 for petrol vehicles (i.e. akin to the standards proposed for London’s ultra low emission zone and the UK Government’s clean air zone framework)”. The regulation-making powers will allow ministers to change the standards in the future.

The Bill gives local authorities flexibility in determining the zone area, phasing in of different vehicle types, and allowing for the zone to be amended or revoked in the future. It also enables councils to jointly make a cross-boundary zone.

The Bill will establish the principle that low emission zones operate continuously, 24 hours a day, seven days a week, all year round, but with the ability for local authorities to vary the hours of operation taking account of local circumstances. The Scottish Government will issue guidance on this matter.

Ministers must approve all LEZs before they come into effect or are varied. A grace period will operate before LEZ enforcement of commences, to give vehicle owners time to adapt or replace their vehicles. The grace period depends on whether a person is resident within a zone: there will be a lead-in period for all vehicles, but a longer lead-in period applicable only to residents living within a low emission zone.

Unlike in England where owners of non-compliant vehicles will be able to drive within a clean air zone in return for paying a daily charge, Scotland’s approach will see non-compliant vehicles banned and penalty charge notices issued, under civil enforcement, for any that are detected and do not qualify for an exemption. A maximum of one penalty charge per day will be made on any vehicle detected within the LEZ. The penalty will be set by ministers in secondary legislation.

Different levels of penalty charge could be set for different vehicles, e.g. one charge for cars, another for larger vehicles, HGVs and so on. The Bill allows the penalty monies to be retained by the local authority operating the LEZ primarily for facilitating the zone objectives, including funding the back office administration costs.

Part 4 of the Bill covers parking and creates a prohibition on parking on footways and footpaths, and double parking across Scotland’s road network. Local authorities, under order making powers, will be able to exempt certain footways where the prohibition on pavement parking is not appropriate. The Bill itself does not prescribe the technical specification for exempting footways.

Road works are the subject of part 5. The powers enhance the role of the Scottish Road Works Commissioner (SRWC) and address the wider regulation of road works. On the former, the Bill includes provisions giving the SRWC powers of direction through compliance notices, power to issue fixed penalty notices, an inspection function and new inspection powers. On the latter, it includes provisions relating to fencing and lighting at road works sites, safety measures, qualifications of roads authority workers, reinstatement quality plans, information about apparatus, and commencement and completion notices.

The final part of the Bill covers miscellaneous and general matters, includes providing Regional Transport Partnerships with legal clarity that they can create and carry forward financial reserves across the financial year-end, in the same way that local authorities are able to do so.