Westminster pulls the plug on Khan’s vision for Oxford Street 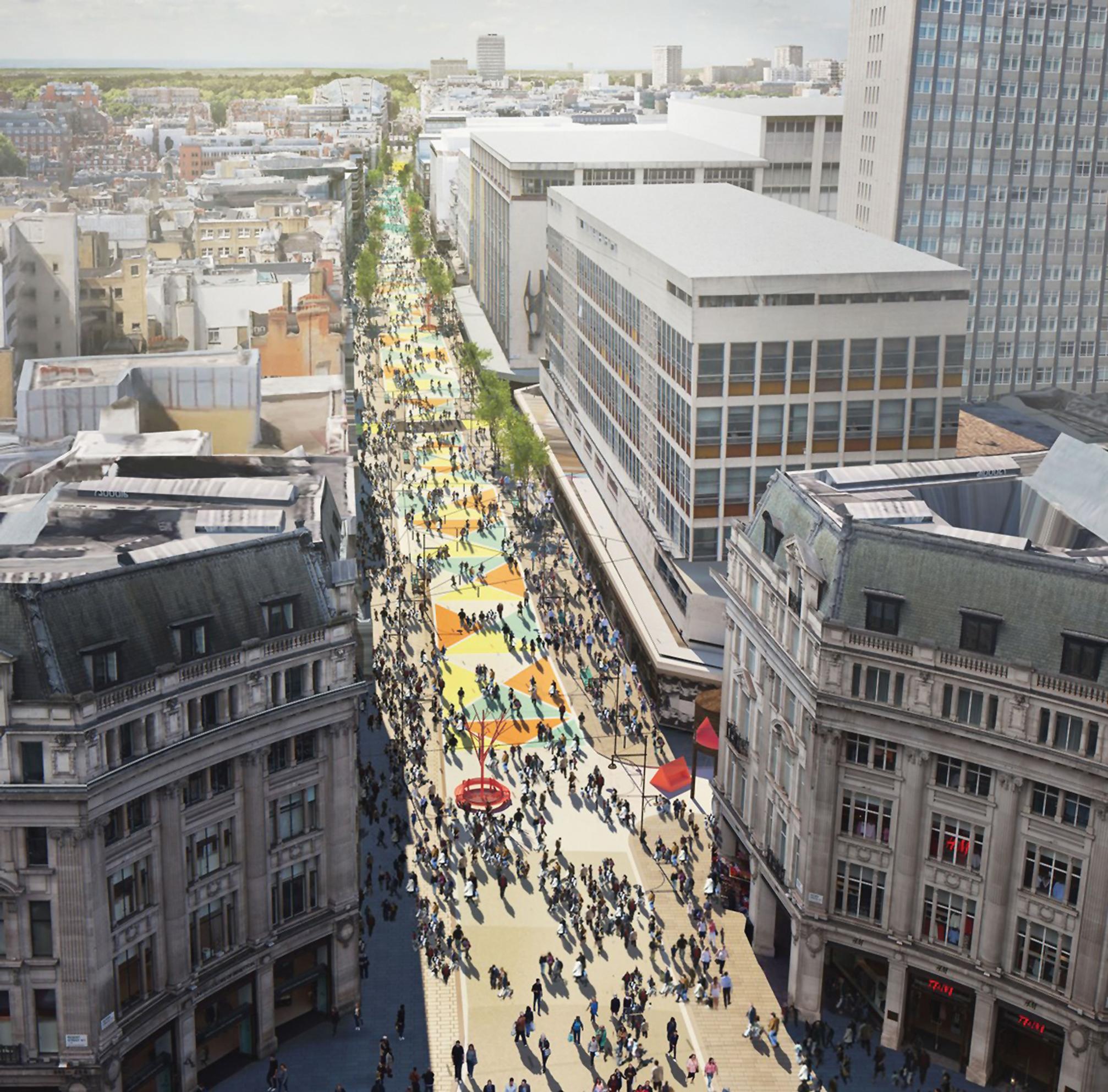 In a statement that apparently took the mayor and Transport for London by surprise, Nickie Aiken, the Conservative council leader of Westminster, said earlier this month that the council had “taken the pedestrianisation of Oxford Street off the table for good”.

Making the street more pedestrian-friendly is one of the mayor’s flagship policies and TfL’s business plan earmarks £82m to the project over three years (2017/18-2019/20).

The work was to be taken forward in three phases, with proposals being developed by a partnership of the Greater London Authority, TfL, Westminster City Council, and the New West End Company, the business improvement district for the area. Oxford Street is a borough road.

The initial focus was Oxford Street West, between Orchard Street and Oxford Circus. TfL consulted last autumn on plans for a daytime ban on end-to-end traffic – including bicycles – on this section of the street (LTT 17 Nov 17). The level of the carriageway would be raised with large sections of the street made step-free. The street would not be completely pedestrianised because north-south access across the street would be maintained at five locations. TfL said delivery and servicing vehicles could be permitted access overnight.

The proposals attracted opposition from local residents and in the local elections last month a number of candidates stood for Westminster City Council on a single issue platform of opposition to the plans.

Khan said Westminster’s decision would be seen as a “betrayal of the millions of Londoners and visitors to our city”.

“All the main mayoral candidates agreed on the need for the pedestrianisation of Oxford Street at the last election, as did Westminster Council until today,” he said. “The project was a good example of two political parties putting politics aside, working together to improve our city for everyone. This now poses a real threat to the future of Oxford Street, which could not be worse timed, coming on the same day House of Fraser announced they will be closing their Oxford Street store.

“I won’t walk away from Oxford Street. It’s too important for our city.”

Aiken said: “Westminster City Council is hugely ambitious for Oxford Street and we will do everything we can to ensure the district’s long-term success in the face of a challenging and ever changing economic and retail environment.

“We will now look to develop fresh plans to achieve this, but we can confirm that the council does not support the full-scale pedestrianisation of Oxford Street and believes a rethink of the whole strategy is now required.

“It was clear through two public consultations and recent council elections that local people do not support the pedestrianisation proposals.”

Aiken said “doing nothing” was not an option, noting that the opening of the Elizabeth Line, with stations on Oxford Street at Bond Street and Tottenham Court Road will bring millions of extra visitors to the area each year.

“We must future-proof Oxford Street and the surrounding district so it remains the pre-eminent shopping district in the UK and maintains its crown as the nation’s high street. The news that the House of Fraser will be closing their Oxford Street store only confirms our view that we all have to work harder to help the retail industry to grow and evolve, not simply stand still or just focus on traffic.”

She said Westminster was  now working on its own proposals to improve the Oxford Street district and would share them with residents, business and visitors for discussion in the early autumn.

Jace Tyrrell, chief executive of New West End Company, the business improvement district for the area, said: “This is a disappointing and frustrating situation we find ourselves in after two years of work. We are deeply concerned that the partnership between Westminster and the mayor, which we believe is vital for the successful financing and delivery of a project of this scale, appears to have broken down.

“We welcome the mayor remaining fully committed and stating he will not walk away from Oxford Street.”

LTT understands that no talks are currently scheduled between Westminster and the mayor/TfL to explore a way forward. The relationship between the parties has been further damaged by Westminster City Council’s decision to seek a judicial review to prevent TfL building a cycle superhighway (see below).

Commenting on the Oxford Street project, Caroline Pidgeon, the new chair of the London Assembly’s transport committee, said: “This was one of the mayor’s flagship commitments and he needs to think again about how to make it happen.

“The committee believes the pedestrianisation of Oxford Street could transform the area for the better, but it must be done carefully, taking into account the needs of residents, people with disabilities and cyclists.

“It was encouraging to hear Westminster Council say ‘doing nothing to improve the area is not an option either, if we are to maximise the potential benefits from the opening of the Elizabeth Line’. This shows that the door is not shut.”

LTT understands that the mayor can seek consent from the Government to deliver the scheme on the grounds that Westminster is obstructing the delivery of the mayor’s transport strategy. That could, however, prompt a lengthy legal battle.