Jonas Eliasson, the man behind Stockholm’s congestion charge, tells Deniz Huseyin how “the most hated political reform in Sweden’s history” went on to win over the public and change travel behaviour 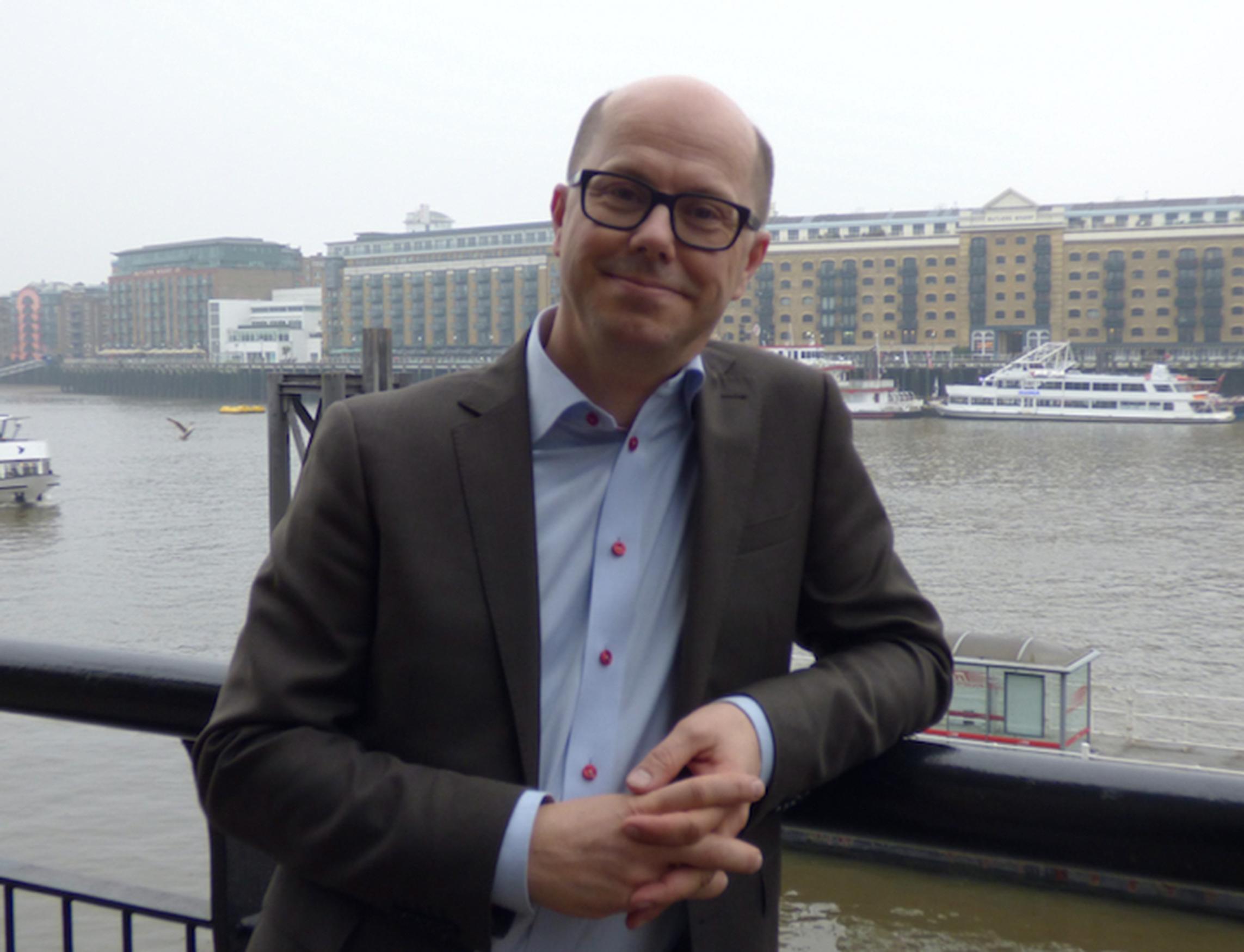 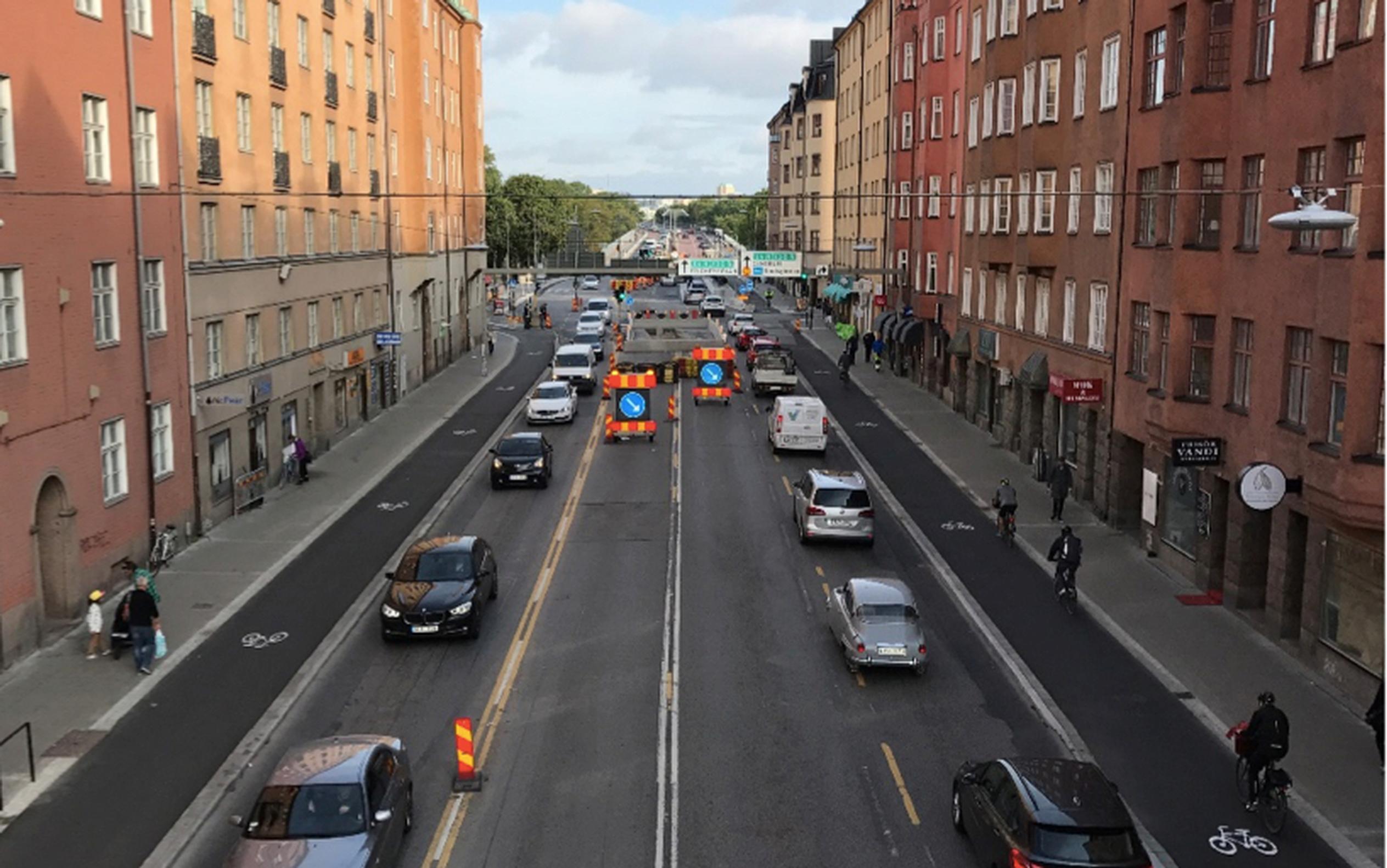 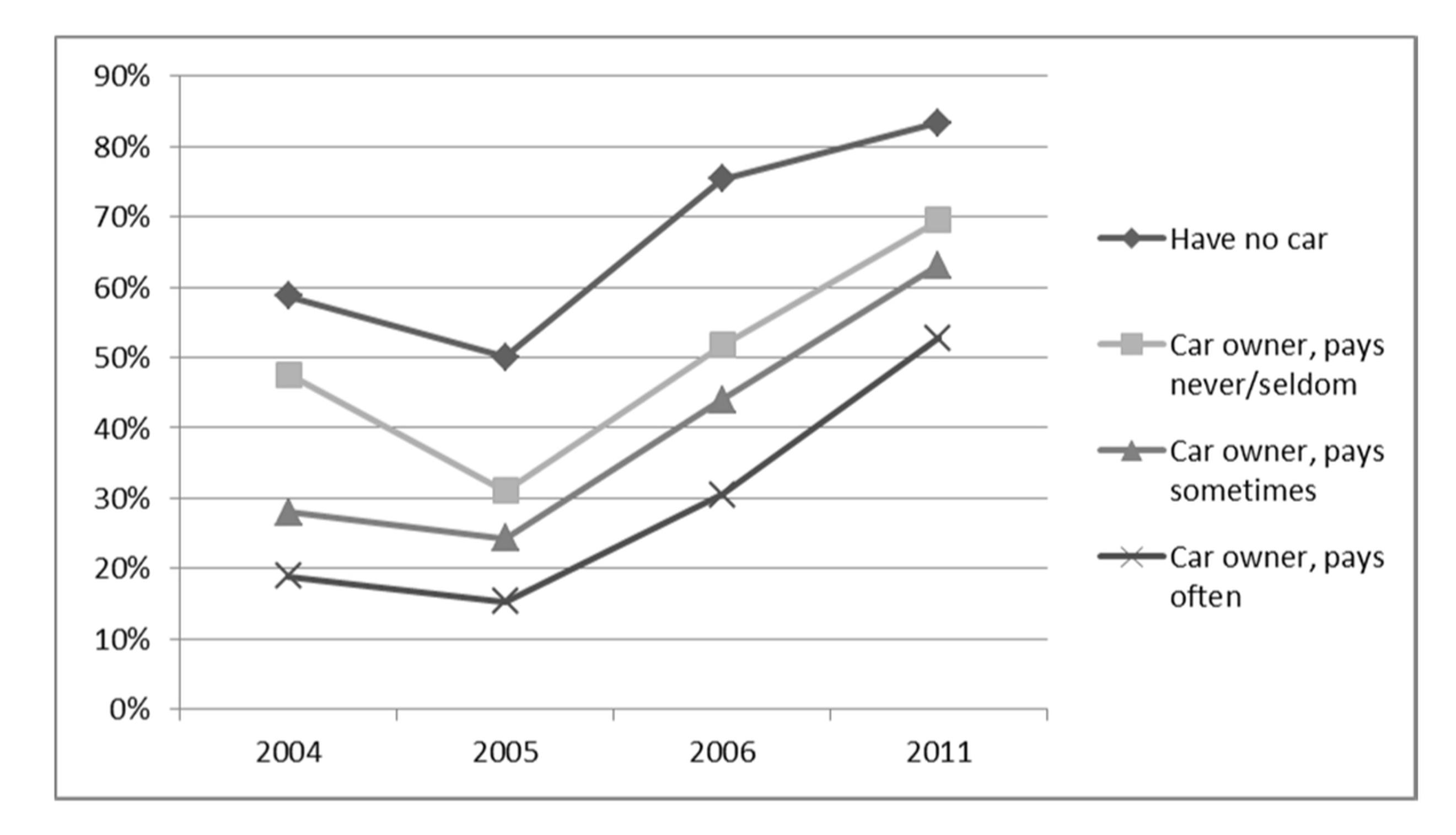 Stockholm’s congestion charge scheme has proved remarkably effective at suppressing traffic levels and encouraging a shift to other modes of transport in the 20 plus years since its launch. After initially facing widespread public opposition, it now has majority support, even among those who regularly pay the charge. One of the scheme’s architects, Director of the Stockholm City Transport Administration Jonas Eliasson, vividly recalls the uproar around its launch in 2006: “It was the most hated political reform in Sweden’s history.”

But there were also calls to address worsening traffic problems. The topography of Sweden’s capital meant it suffered more serious congestion than other European cities with populations of around two million. This is chiefly due to Stockholm being surrounded by water; roads traverse 14 islands in the city via Medieval bridges.

It was a political deal that paved the way for congestion charging in Stockholm. The Green Party agreed to support the Social Democrats’ minority government on the condition they ran a trial.

Jonas Eliasson was at the heart of preparations for the new scheme. “I was probably the only person in Sweden at that time with a PhD in congestion pricing. The authorities must have Googled my name,” he quips. Eliasson had researched London’s congestion charge scheme, which was introduced in 2003, but he felt the Stockholm system should be run differently. Significantly, Stockholm’s scheme spans the whole city centre, unlike London’s scheme, which covers a smaller area.

There is another key difference between the London and Stockholm congestion charge systems. “In London it is the responsibility of the driver to pay the correct sum, and the system merely checks that vehicles passing through the charging zone have paid. In Stockholm, the system automatically issues the charge once it has registered a vehicle. If the vehicle is not identified, there is no need to pay.”

Stockholm’s trial started in January 2006 and ran for seven months. The system, which initially used transponders to monitor vehicle movements, consists of 18 charging points on arterials into the inner city, forming an inner city cordon.

The cost of passing the control point was €1 - €2 depending on the time of day, with a daily maximum for each vehicle of €6.

The impact was immediate, Eliasson recalls. “There were dramatic congestion reductions all over the city, with a 22% drop in traffic across the cordon during the trial.” When the trial ended, traffic volumes “almost rebounded” to the levels before the congestion charge. A referendum on the charge was held in September 2006, at the same time as general and local government elections, and 53% backed the scheme.

This represented an astonishing change in public opinion, says Eliasson. Just before the trial started, only 34% had said they would ‘probably’ or ’mostly likely’ vote yes to permanent congestion charges.

Winning over the public

There are a host of reasons why people changed their minds about the charge, Eliasson believes. “After the trial, people quickly began to see the benefits. And they soon realised it wasn’t as bad as they feared. There was a visible drop in congestion levels, which resulted in improvements in travel times and reduced travel time variability.”

The transponder system worked reasonably well, “with only a low number of vehicle misidentifications”. Also, an effective public information campaign meant there was little confusion over how to pay the charge and who should pay it, says Eliasson.

Another factor was the thorough and ongoing monitoring of the scheme. “It was important to have independent researchers and experts, from different backgrounds and organisations to explain and evaluate what was happening.”

Independent research revealed air quality improvements, with CO2 emissions from traffic across Stockholm’s metropolitan area down by 2-3% after the charge started. This resulted in fewer cases of cardiovascular disease and lung cancer, with 20-25 fewer premature deaths a year in Stockholm’s inner city, according to research.

Fears that the scheme would impact on retail inside the cordon failed to materialise. “Surveys could only conclude that the effects of the charge were very small or non existent,” says Eliasson.

About two-thirds of Stockholm’s citizens now support the congestion charge, Eliasson points out. A poll in 2007 showed support stood at 65% while the most recent poll, in 2013, revealed 72% in favour.

“Most surprisingly, we have found that even among those who regularly pay the charges support has gone up from a low point of 15% to 53%.”

Meanwhile, there has been no gradual return to pre-charge traffic levels. “I would have thought that with the rise in car ownership, economic growth and a growing population we would have seen traffic levels go up inside the cordon, but it hasn't happened,” says Eliasson. There was no rise in tariffs until 2015, when the peak time charge was increased. This resulted in a fall in traffic levels of around 5%.

In Stockholm, 25% of car traffic is work-related while the other 75% are leisure trips, Eliasson says. Half of the car trips within the cordon switched to public transport. “As for the rest, we’re not sure what people are doing instead. Peoples’ travel patterns are much more variable now; we are seeing people changing their location or job more frequently. In any given year, 30% of the population will change their workplace.”

The fall in traffic has enabled local government to reallocate road space to other uses such as cycleways and wider footways. “We are constantly reallocating space from car traffic to pedestrians and people on cycles. This might have happened anyway, even without congestion pricing, but the overall traffic reduction has made it easier to take a lane away here and there.”

Redesigning streets helps to drive behaviour change, believes Eliasson. “By removing a traffic lane and installing a kerbed cycleway, we are helping more people to discover that cycling is a convenient and efficient mode of transportation.”

An unexpected outcome of the scheme has been healthy revenue returns, says Eliasson. “When the charge started we thought that, because the technology would be so expensive, there wouldn’t be any surplus.”

But transponders have been superseded by ANPR and cameras, which as well as being more accurate are also cheaper, Eliasson says.

With the fall in operational costs and the increase in revenues, the annual surplus for the scheme now stands at £120m. The charge is a national tax, which means that any surplus goes to the national government. Regional and national politicians agreed to a ten-year infrastructure package worth 10bn euros (£8.8bn), with charge revenues earmarked to build a new bypass around Stockholm, which is due to open in 2023.

“There was talk of the money being spent on a rail tunnel, but in the end the government thought that using it on a new bypass would buy the support of car drivers,” says Eliasson.

You should never hold a referendum before a congestion charge scheme is introduced. If you do, you will surely lose – and that’s the mistake that Edinburgh and Manchester made.

The Stockholm model can be transferred to other cities, Eliasson insists. “Yes, each city is unique and introducing a scheme similar to Stockholm’s does not mean you will necessarily achieve the same congestion reductions. But good modelling can show if it will change travel behaviour or not.”

It is safe to assume that putting a price on driving will reduce traffic, Eliasson believes. “Drivers are cost sensitive after all. Whether the effect will be substantial and whether this will lead to less congestion depends on how the system is designed. It is not enough to just throw up a cordon and start charging drivers. Designing a charging system takes a lot of data and modelling – but done right congestion can be reduced. ”

“You should never hold a referendum before a congestion charge scheme is introduced,” Eliasson says. “If you do, you will surely lose – and that’s the mistake that Edinburgh and Manchester made. What you should do is stage a trial first and then hold a referendum, as we did in Stockholm.”

However, Eliasson acknowledges that running a trial can be costly. “These days the roadside technology is cheaper than it used to be. The expensive element is setting up the business system and customer support to handle transactions.”

Also, politicians need support from, and agreement between, several layers of government. “Typically, a politician wanting to introduce congestion pricing in a city will need to simultaneously negotiate with regional and national government and perhaps a separate transit authority. This can make it difficult to get all the pieces of the puzzle to fall into place simultaneously.”

Trials can only happen if there is the political will, he says. “Local politicians need to plan for congestion pricing in such a way that if they can survive the valley of political death they can probably go on and convince people that it will work.

“And while politicians should set out the goals they want to accomplish they should not get involved in designing the scheme. You need traffic experts, people who are good at traffic modelling and then people who know the city’s road network and can work with city politicians. That should allow you to come up with the right scheme design.”

Eliasson has a message for local politicians who may feel intimidated by the pro-car lobby: “Car drivers may complain a lot but the fact is they are the minority. The key is to win over the silent majority, and the way to do that is to come across as rational and fair and to do what you say you will do. The streets aren’t getting wider. The population is rising. The numbers using public transport is going up. We can’t carry on as we are. So, it makes sense to run a congestion charging trial. That way, you can at least try it first and see what happens. As long as what you are doing is consistent with your aims and your overall motivation.”

He concludes: “Getting congestion reduction benefits is just one step towards winning public support. Honesty, due process and fairness are actually even more important than just ‘objective’ factors such as travel times and travel costs.”