The transport sector has seen a recent clamour for new data platforms to make it easy for us to share transport data. Teresa Jolley and Nic Cary set out to investigate what types of services are available 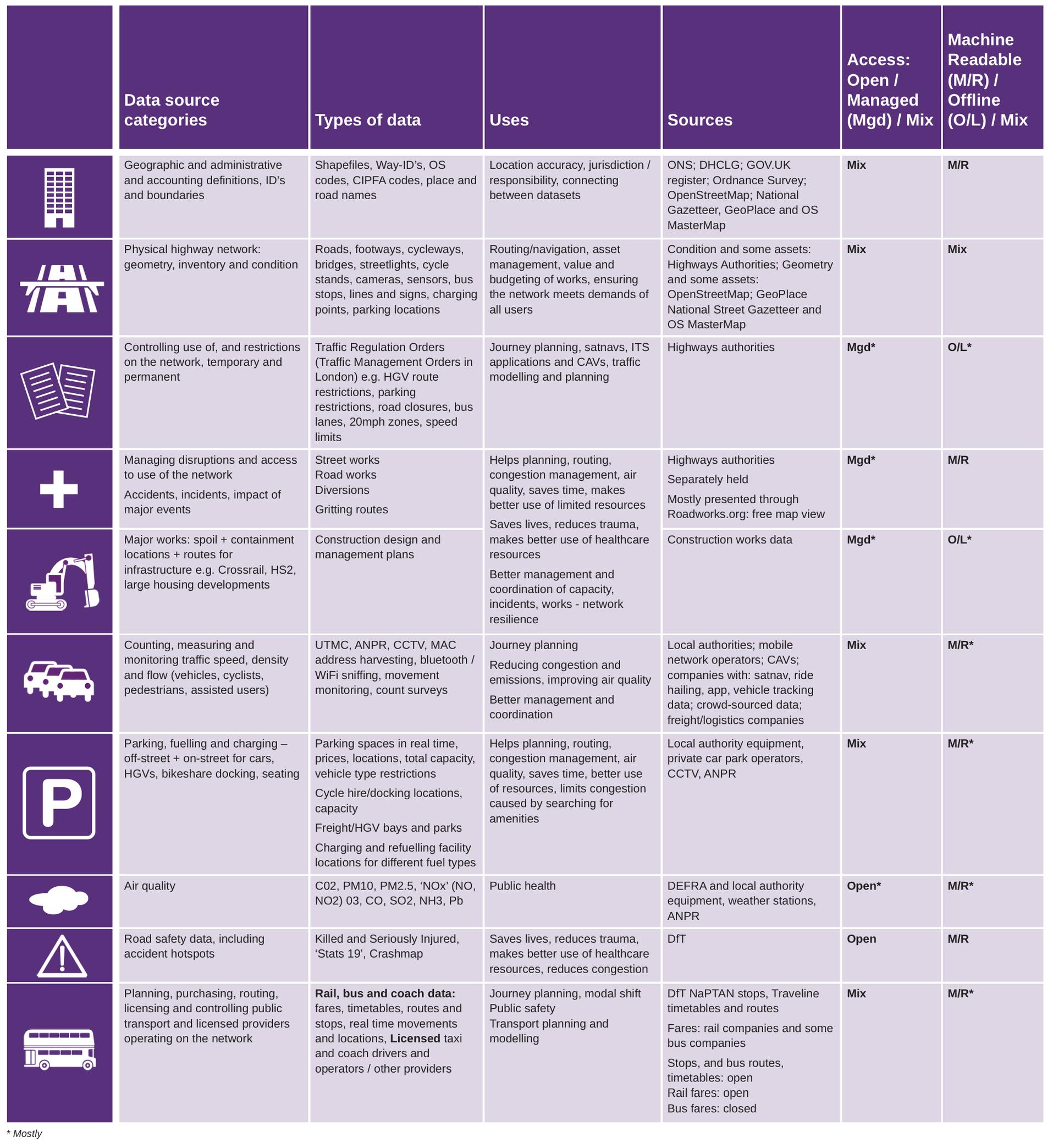 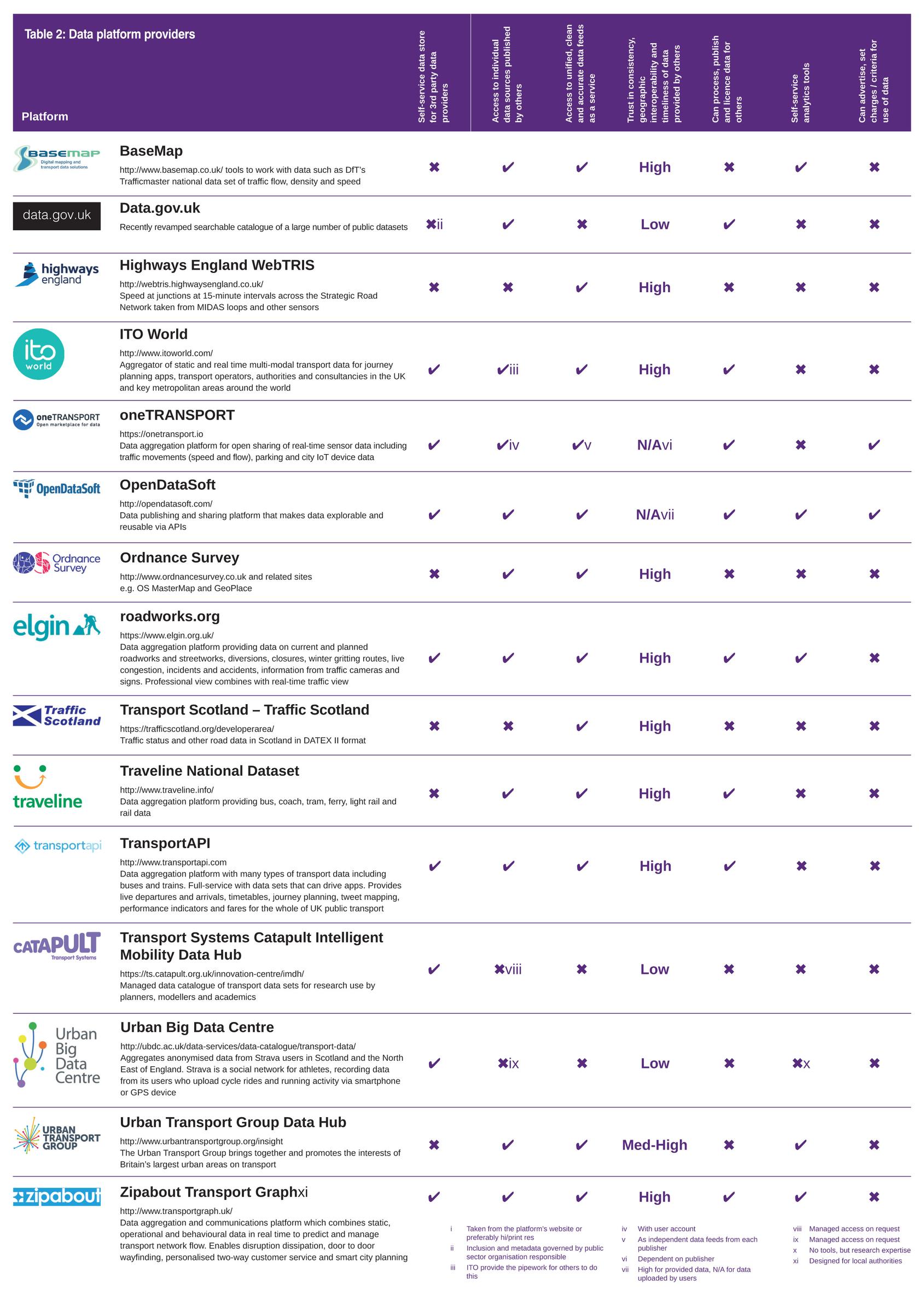 “When I hear someone say they have a data platform I reach for my shotgun,” Professor Jonathan Raper declared earlier this year. Raper was in a Q&A session with Graham Hanson, the DfT’s Intelligent Transport Systems (ITS) policy lead, at the Catch! showcase event at the Future Cities Catapult in Clerkenwell Green.

Raper reflects mounting concern amongst transport data experts that people have a misplaced understanding of what data platforms should provide to qualify as useful in meeting transport’s data-sharing challenges. Currently only a few local transport authorities use such platforms. So why should they invest?

At many conferences about digital transport, speakers often tell us that we have entered a fourth Industrial Revolution. This time, they tell us, the revolution is data-driven. However, many go on to point out that the transport sector has lagged behind many in making better use of data to provide better services for customers, as well as those who plan, operate and maintain transport on behalf of these customers.

Why is data sharing so important?

“A very important job cities and their transportation partners have to do is gather the data they generate within one unified data-sharing platform,”says Jean-Marc Lazard, CEO at OpenDataSoft. “Doing so helps them understand how the data can be reused by the community and what the community needs in terms of quality and relevance to reuse the data. Before Waze pushed their data from their community-based app onto Lille Métropole’s data platform, both stakeholders didn’t have a precise idea of what usages would come out of such a collaboration. Having Waze data as well as their own traffic sensor data gathered in the same hub actually enabled Lille to build a comprehensive and cross-referenced information base. They now rely on this information base to make more responsive decisions when traffic issues occur.”

Many types of data are useful to local authorities in running local transport. Not all of these are created by them. For example, they depend on knowing what happens on Highways England’s Strategic Road Network (SRN) to respond to incidents and congestion that cause traffic to spill onto their local road networks but, often, they are not set up to receive and act on these in real-time.

By sharing transport data, beyond the immediate needs of the data creator, data can yield many additional benefits. Whilst data needs to be shared safely and responsibly, most transport data contains no personal or sensitive information. In March 2017, the Transport Systems Catapult published a briefing paper The Case for Government Investment to Incentivise Data Sharing in the UK Intelligent Mobility Sector with the Open Data Institute and Deloitte. This quantified the national economic and social benefits of transport data sharing. In his foreword to the paper, Professor Sir Nigel Shadbolt said that “not sharing and making more transport data open could cost the UK £15bn by 2025”. But data sharing also brings many internal and local benefits to local transport authorities. Data can often provide these authorities with essential evidence in a business case for change, as Martin Tugwell, programme director for England’s Economic Heartland, emphasised in his talk at the Chartered Institution of Highways and Transportation’s annual conference last year.

Taking one example of how local authorities can benefit from easy access to data, the DfT’s Local Highways Maintenance Incentive Fund rewards councils who demonstrate, by means of the data they have gathered, that they are delivering value for money in carrying out cost-effective improvements. In another, data sharing provides better visibility of high-risk assets that often require emergency and unplanned fixes – manhole gullies, for instance.

“Data takes the emotion out of the conversation,” said Peter Parfitt, Buckinghamshire County Council’s Improvement Manager, at a workshop on asset management data. Sharing data, both within local authorities and across local authority boundaries, can give them a much better view of their transport operations and asset maintenance priorities. Amongst many other benefits, it can help local authorities measure modal shift initiatives, reduce congestion, improve air quality and increase parking efficiency.

For these reasons, although the world of data is an arcane one, if we are going to deal successfully with some of the transport capacity challenges that face us, it is clear that we are going to have to get more fluent with the tools and techniques for exploiting data.

Provided data are reasonably clean – that is to say error free and shorn of duplicates – and, better still conform to some type of standard, raw or source data can and often should be published as locally to its source as possible, via something called an Application Programming Interface (API). Think of this simply as the machine equivalent of a human face, the main interface through which we engage with each other’s minds.

This so-called ‘API’ announces its existence to other machines. If this interface is connected to the internet and efforts are made to ensure that it is as near constantly available as possible, this API can be discovered by internet crawling tools and any number of different data aggregation techniques can be deployed to harvest data from it. Think of these data aggregation services simply as a means of putting lots of disparate sources of data together so that machines can analyse these and visualise them and turn them into information that is useful to us when we make transport decisions – for instance when we use a journey planning app, or when network operators take decisions about routing vehicles in a traffic control centre.

The API plus aggregation approach to data removes the need for a single, central source of data, and a consequent dependency on a single point of failure, and enables us to deploy multiple solutions to harvest and aggregate data. There is simply too much data to ever hope that transport data could or should be concentrated in one place. The Internet of Things (IoT) is one area where this is especially true. IoT devices can report on anything from traffic flow, to air quality, to the strain on a road bridge or the state of a drainage gulley. Such devices hold out the promise of revolutionising our approach to operating and maintaining transport networks efficiently. However, by the next decade, they are predicted to become far too numerous, with estimates into the billions, for it to be practical to store the data they create and transmit these to a traditional relational database. This is where Big Data tools and inexpensive cloud storage have a key role to play in handling the massive amount of data that these devices generate.

During 2017 and the early months of 2018 the DfT let three ‘Discovery’ projects to investigate what should be done with bus data, streetworks and roadworks data, and local transport data respectively. We await DfT’s views on whether these categories of transport data should be concentrated and centralised or whether the Department will adopt a decentralised data publishing model. On 20 March a transport expert tweeted a recommendation from Deloitte’s recent work with the Open Data Institute on buses open data which favoured the latter approach, stating, under Recommendation 2, that: “Data should be published as close to the source as possible to realise its potential.” By contrast, another part of the same Department seems to favour concentrating data on something that sounds remarkably like… a single platform. On 28 November 2017, Highways Authorities and Utilities Committee (HAUC) published a report on its website stating that the DfT has appointed Kainos to produce ‘service to hold real data’ on streetworks and roadworks, subject to further testing.

Overview of data platforms and services

So far, we have found a small range of national platforms, which are shown in the table overleaf, that can exert some claim to be national. These offer a variety of transport data cataloguing, aggregation and mapping services.

The table is a first iteration of what is out there and will feature at Digital Transport Exchange. In future editions we will look at the regional counterparts to these platforms, where there has been strong growth recently – for example Data Mill North – and other types platform focused on providing modelling and analytics tools. The authors are planning to transform this into an online resource and invite further input and comment from practitioners and platform providers. If you have a platform, please get in touch: @teresacjolley @geektwogeek.

The Digital Transport Exchange at Birmingham’s iCentrum on 11th / 12th July will have sessions on data platforms.