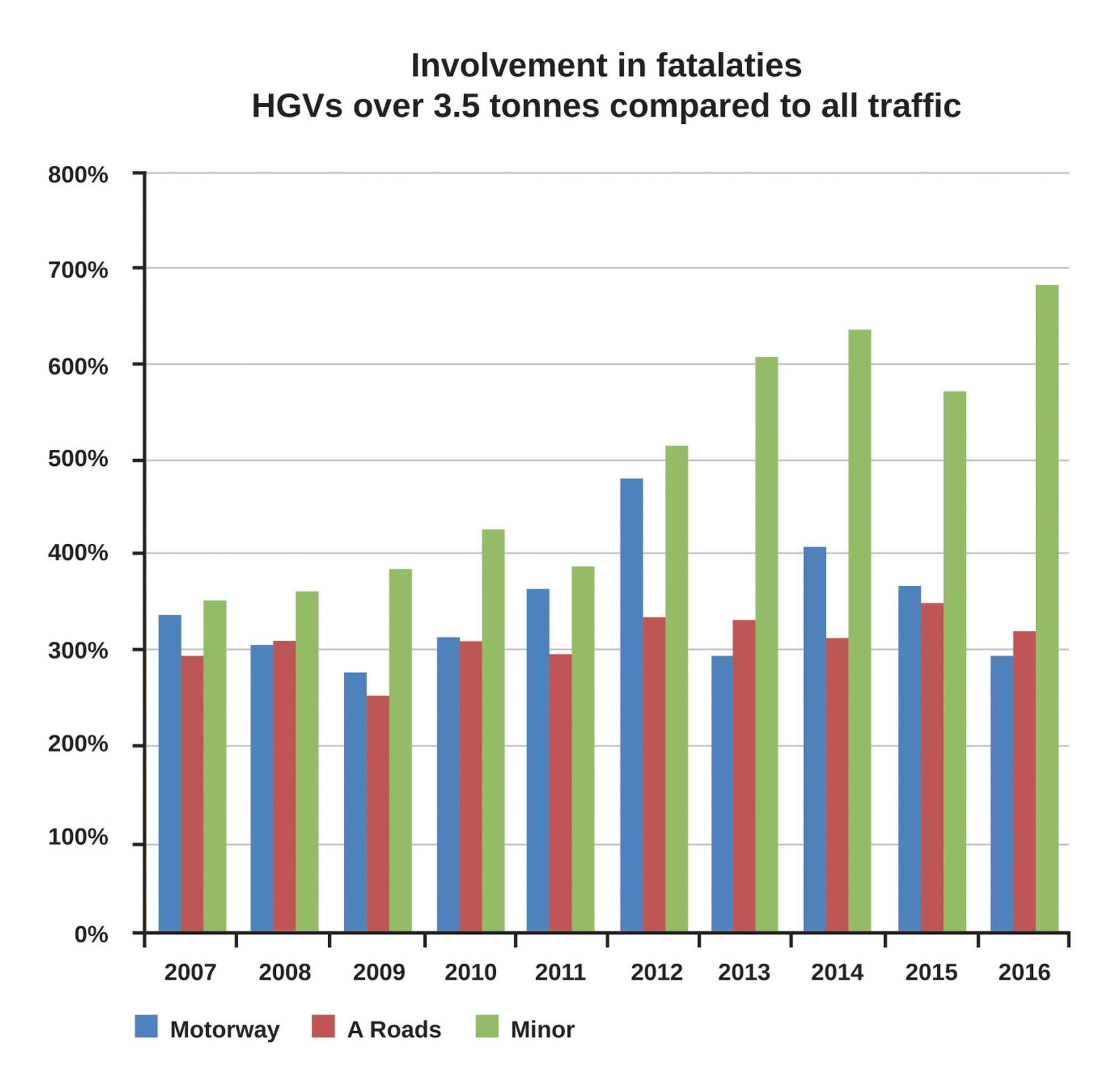 Whilst cars are getting safer, HGVs continue to be dangerous in a collision because of their size and weight. The figures also reveal little or no improvement in the rates of fatal collisions involving HGVs on motorways and A roads. The accompanying graph explains the figures.

Furthermore, the Government should stop using the misleading term accident and instead call them collision, reintroduce the casualty reduction targets scrapped in 2010/11, and stop conflating fatality and seriously injured figures, which masks the fact that road-related fatalities are increasing.