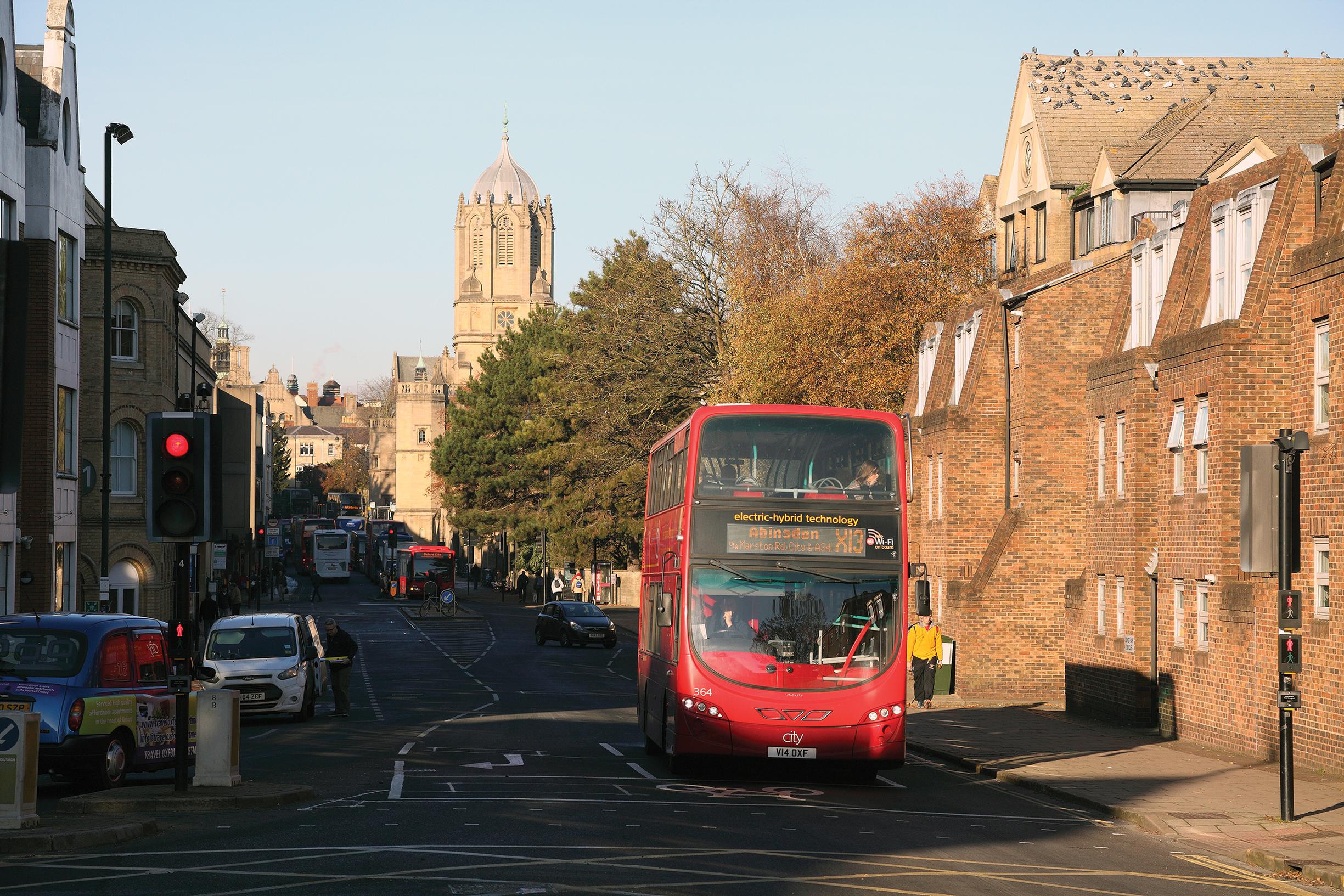 Buses could be removed from some of Oxford city centre’s busiest streets under proposals to make the centre more pedestrian and cycle-friendly.

Oxfordshire County Council and Oxford City Council have invited comments on options suggested in a movement and public realm study by consultants Phil Jones Associates and ITP. Their work is intended to inform the city council’s next local plan and the county council’s update to the Oxford transport strategy.

The consultants have reviewed the proposals in the county council’s current Oxford transport strategy, and ideas for the city centre drawn up for the city council by consultant Alan Baxter Associates. Phil Jones and ITP conclude: “The Oxford transport strategy and Alan Baxter options both offer significant improvements in parts of the city centre but neither option releases significant road space for cycling and public realm improvements because they retain two-way motor traffic in nearly all streets. In particular, they offer only limited scope for improvements in High Street and St Aldate’s, where many of the problems are most acute.”

The consultants have developed options for making certain streets one-way for buses and access traffic, two-way for cyclists in segregated facilities, and with wider pavements.

Stagecoach and Go-Ahead provide the majority of bus services in the city. A Stagecoach spokesman told LTT: “Some very interesting ideas have been put forward from which detailed proposals may emerge in due course.

“It is clear that much thought and discussion will be required before the best outcome for the long-term can be achieved. There is a recognition that fewer buses in more streets might be part of a solution, with the possibility of a limited number of buses in Cornmarket and Broad Street being  options. It is important, however, that buses should continue to take people to where they want to go including making journeys across the city centre, and that journey times and walking distances should not be increased by buses having to take more circuitous routes.

“We look forward to working with the city and county councils to see just what can be achieved.”

Phil Southall, managing director of Go-Ahead subsidiary the Oxford Bus Company, said: “We agree congestion in Oxford is a growing issue and we welcome the opportunity to debate this key issue for the city. Bus access forms a vital part of the overall solution and we look forward to discussing this with stakeholders.”